sandstorm,What Will Happen Without Oxygen

What more than food and water you need to survive “Oxygen”.Its role in the survival of many forms of life elevates its significance.

No one can live without sufficient quantity of food, water and oxygen.Have you ever imagined what if oxygen from the Earth was lost for 5 seconds?If you think, nha I’ma justs hold my breath for 5 sec and nothing will happen! then change your thinking.

So what would happen if the entire planet lost oxygen for five seconds?

Let’s See What Will Happen Without Oxygen

After those 5 seconds, there will be a huge Explosion due to the oxidation of all the oceans that have been converted to Hydrogen (and any exothermic oxidation).
Rewinding back from this, Since energy can neither be created nor destroyed (not considering E=mc^2) in the first place,
The earth would suddenly become extremely cold for 5 seconds followed by a Big Bang. 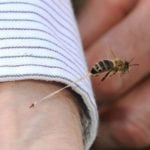 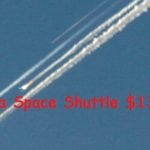