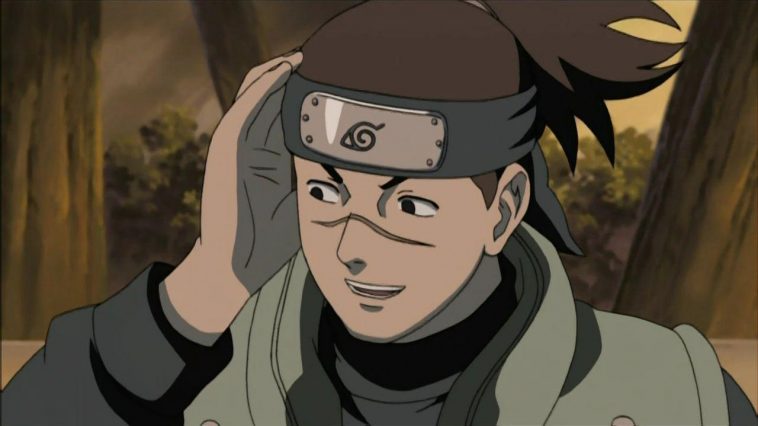 Iruka sensei is one of the 3 closest characters to our main protagonist of this show Naruto. Although, the other 2 characters Jiraiya and Kakashi had much much more spotlight to them than Iruka. But that didn’t affect the fact that he had the most influence on the kid Naruto.

In the very fast episode of the series Naruto (2002), we saw that Naruto was trying to grab everyone’s attention by pulling pranks on people. As he had no one who would look after him and play with, he wanted attention. That’s when he noticed that the Hokage is the most respected person in the village & hence wanted to become a Hokage himself.

Before anyone else, Iruka noticed him as he was like Naruto back when he was a kid. However, Iruka acknowledged Naruto later (though it was in the first episode). We will talk about that next. 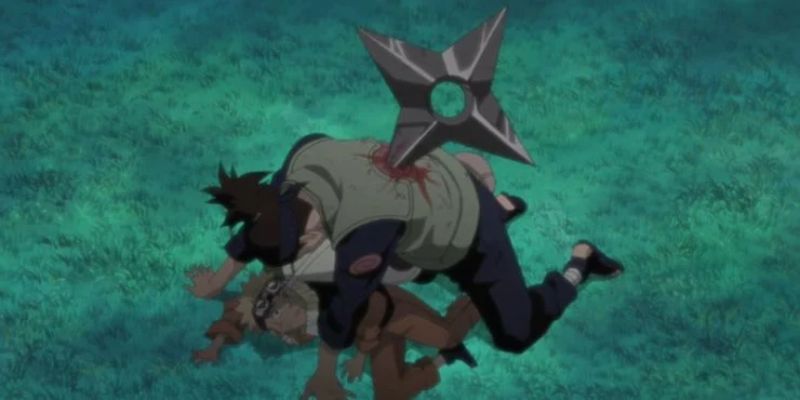 As Naruto wanted to become the Hokage to earn the villagers respect and attention, and as thickheaded he was, he was easily fooled by Mizuki. Mizuki used him to steal one of the hidden scrolls from the Hokage’s office. The scroll was about multi-shadow clone Jutsu.

Iruka quickly guessed and headed to where Naruto might be to rescue him. He fought Mizuki and protected Naruto with his body. That was the first time Naruto noticed how much Iruka cared about him. Later, as Iruka acknowledged him as one of his dear students, not a demon fox Naruto was able to see a person who truly loves and cares about him and who treats him as a person, not a Fox Beast.

This is the turning point for Naruto to not become another Gaara. As we all seen Gaara as a twisted kid because of the way the people treated him. And Naruto acknowledged that too. He himself stated that he could easily be diverted to that murderous path if he didn’t have someone who cared for him. Fortunately, he did, and Iruka sensei is the first person among them who cared for Naruto.

Now, there could possibly be two arguments.

Remember the time when Naruto got the news of Jiraiya’s death? He was in serious grief and sorrow at that time. Well, it’s not unexpected or anything. However, there was literally no one else who could comfort Naruto. In the evening, when Naruto was crying silently sitting on the bench, we saw Iruka sensei approached Naruto to console him. And he did console him as a guardian. He was there as a guardian to console and support Naruto after losing someone close to him.

Whenever Naruto is sad, happy, angry, or disturbed, all he needed was just a bowl of Ichiraku Ramen or a popsicle. And Iruka never minds paying for Naruto’s meal (ramen) or a popsicle. So, yeah. It is definitely a sign of how close Iruka is to Naruto.

Naruto asks Iruka to attend the Marriage Ceremony as his Dad 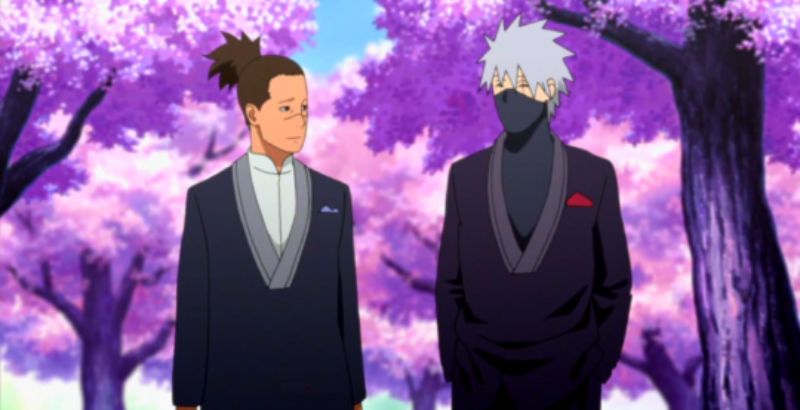 In the 499 episodes of Naruto Shippuden Naruto asked Iruka sensei to attend his marriage ceremony as his dad. It was quite an emotional moment for Iruka. He cared deeply for Naruto but never imagined Naruto would ask him. However, it was no surprise to anyone at all.

Why Iruka as Naruto’s dad? Why not Kakashi?

Well, Iruka and Kakashi hold two different places in Naruto’s heart. But, as we have seen multiple times in the series that whenever Naruto got emotionally unstable, he calls for Iruka sensei and has a bowl of ramen in Ichiraku’s ramen shop.

So basically, after graduating from the academy, Kakashi was Naruto’s teacher. And as for his former teacher Iruka Umino, he became more of a guardian to Naruto. Therefore, it was quite obvious who he would ask to be his dad in the ceremony.

If I were to give an analogy about this, I would say: Iruka is Newton to Naruto. Jiraiya is the Einstein and Kakashi is Nikola Tesla.

Kakashi was looking after his physical health. And Iruka nurtured him psychologically. So, what about Jiraiya? Well, Jiraiya enriched him philosophically and physically too. Actually, Jiraiya created the bridge between Naruto’s childhood and teen-hood. He was Naruto’s Godfather in one word.

Iruka didn’t particularly hate Naruto, but he initially found it difficult to teach him as Naruto had the Nine tail inside him that killed Iruka’s parents. Iruka was once like Naruto where he pranked people for attention and knew how Naruto was feeling.

Does Iruka Umino ever get married in Naruto?

Nope, not anywhere in the Naruto and Naruto Shippuden series, had Iruka Umino get married. In fact, later in the Boruto series, as he became the headmaster of the Ninja Academy, he still was single. Like Kakashi and many other shinobi, Iruka didn’t marry. Perhaps he was too busy spending time nurturing the kids in the academy that he never really thought about it. Or perhaps the reason is that he never really found someone to think of getting married to.

What episode does Naruto ask Iruka to be his dad?

It was the 500th episode of Naruto Shippuden. That means it was the last episode of the series, the same episode in which Naruto and Hinata got married.

As his parents died the night Naruto was born, in the marriage ceremony, there had to be someone who would play the father role of Naruto. As it was Naruto’s decision to take, Naruto asked Iruka Umino for that, no surprise.

In the 1st episode of the series Naruto (2002), Iruka fought Mizuki and rescued Naruto.

After that, he gave the ninja headband to Naruto who practiced and perfected the multi-shadow Clone Jutsu. Previously that was the weakness of Naruto, and he turned that weakness into his forte.

How old is Iruka in Boruto?

Iruka was 27 in Naruto Shippuden, which means by the time Boruto begins he’s 42 years old. Currently, Iruka serves as the headmaster of the Ninja Academy.

how did Iruka get his scar?

It is never revealed how, but it is known that he has had the scar since he was a boy. There is a lot of characters with unexplained scars.