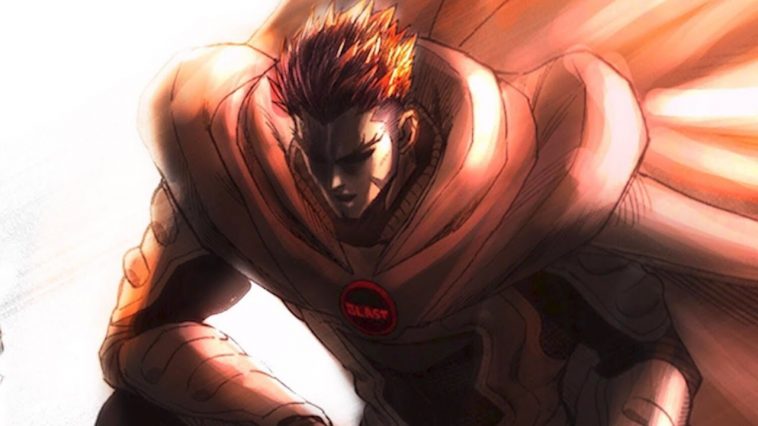 Hero Association’s No. 1 S-Class hero Blast has finally revealed in Chapter 139 of the One Punch manga. One Punch Man is a manga written by ONE and drawn by Yusuke Murata. The One punch man series is the story of the protagonist, Saitama, who has exceeded the strength of every living being and his adventure as a hero.

In Chapter 139 of the One Punch Man Manga, we finally get to see Blast in his superhero costume. There were many theories like the infamous one that Saitama is Blast. Now it has been confirmed that the No 1 S-class hero is not Sitama and he is in his 40s or late 30. We will be discussing more on No. 1 hero Blast rather any manga spoilers. So you just want to know what has been revels about Blast till now and who is Blast? then you are in a right place.

Who is Blast in OPM? 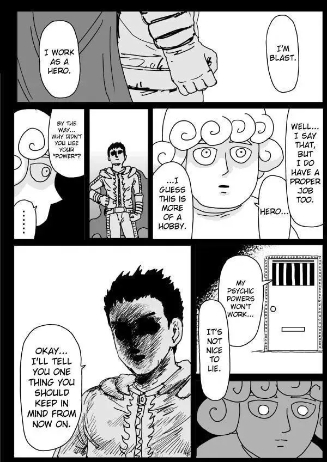 In the manga chapter 135, he first appeared in Tatsumaki flashback, and in chapter 139 of One Punch Manga, he finally revied himself.

He currently appears to be going to various places in order to collect God’s cubes, which is a hobby of his.

What is Blast’s Power?

From what we see in Chapter 139, Blast has teleportation powers. He can teleport any object and himself as well. Blasts can also move other people to the surface. He brings Flash and Saitama to the surface after they had been trapped for a long time. 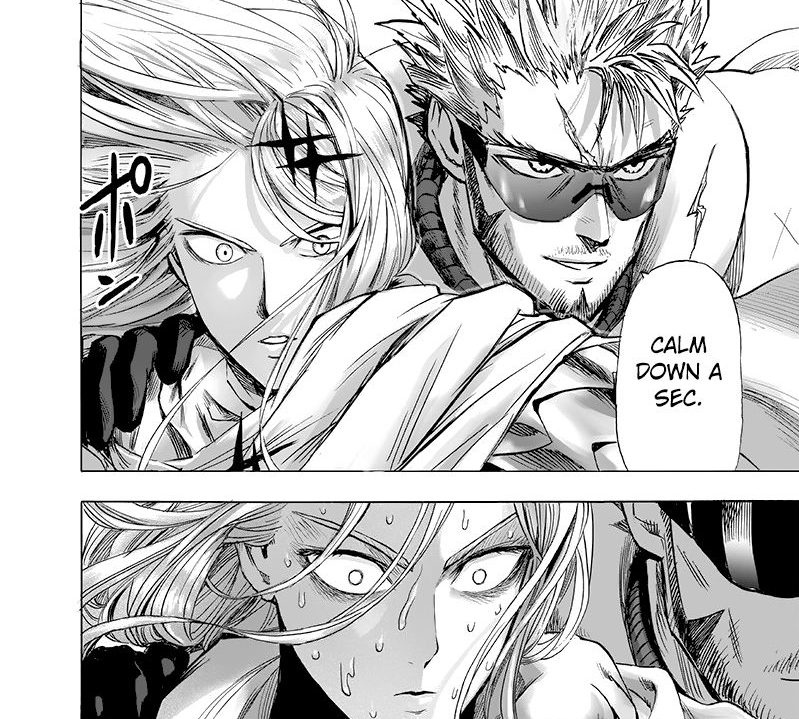 Apart from that, Blast can also easily dodge Flash attacks when he tries to test him if he is the real Blast or not. Seeing Flash’s reaction after Blast asked him to calm down, he looked completely shocked. Even so, Saitama didn’t react. He is faster than flash, Blast doesn’t seem to be on the level of Saitama huh.

How strong is Blast?

Blast is certainly more powerful than Tatsumaki the No 2 S-class hero. He is fast and also he can teleport from one place to another. Blast is nowhere near as strong as Saitama, this is alluded to in various instances. Still, there is not enough evidence to suggest that he is stronger than Saitama.

Why Did Blast Disappear?

This question has not been answered in the manga yet but from what information is available we can speculate that Blast is on a special mission.

Blast is collecting Black Boxes that are used to communicate with the god entity. In chapter 139, Blast also said that he has a hobby of collecting these black boxes. God entity knew who Blast was.

He was probably collecting God’s cubes from all over the world, or maybe actually fight the threat of the god level.

5 Attack On Titan OVA That Worth Watching

33 Hilarious One-Punch Man Memes To Share With Every Fan