Fever of Baahubali had taken the nation by storm. He has got international recognition for his work in Baahubali movie. The actor has also grabbed his attention even in Bollywood with Baahubali.  His hard work and dedication have earned him popularity and stardom across the nation.

Here are The Facts about Baahubali aka Prabhas

#1. His Diet And Physical Training

He got trained himself with a strict diet for three years for his great looks and shape for the movie Baahubali. He underwent rigorous manual labor and strain for Baahubali such as losing and gaining his weight and has got trained in extensive ancient warfare training and much more.

He was trained by Lakshman Reddy for Baahubali. The trainer is Mr.World 2010.

#2.His 5 years of dedication

While other actors are busy churning out movies, Prabhas takes only one movie at a time. He shot for nearly 600 days, and dedicated 5 years for Baahubali.

Prabhas has done numerous movies in South and is a Superstar in South India.

Prabhas and Director SS Rajamouli duo has collaborated for the third time with Baahubali. Baahubali: The beginning had seen immense success and had created huge anticipation for the second installment of the franchise, the success of the movies marks the success of the duo. 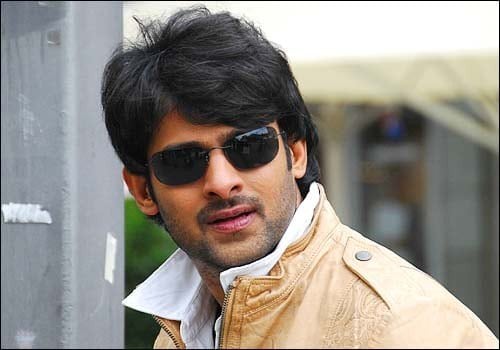 The handsome hunk had received around 6000 marriage proposals but he turned all of them down because wanted to be focused to Baahubali.

#6. His Entry Into Bollywood

During the shoot of Baahubali, he even declined a 10 crore endorsement, because he did not want to lose focus. Not only that he also turned down many Bollywood offers during the shoot.

He is very fond of nature and doesn’t believe in caging birds. Prabhas has a garden which is a habitat for many birds. The birds reside in open cages which give them the freedom to take flight and return to their respective cages.

Prabhas loves sports and prefers free hand workout as opposed to gym, so he got a volleyball court set up in his courtyard to improve his reflexes, as Baahubali was a war movie and needed better reflexes. He often played volleyball with his friends because he considers it a good stress buster.Prabhas is a fitness freak and considers rock climbing as the best form of training.

He is one of the most shy actors and keeps himself low profiled. He is also one of the most non controversial Indian actors and is very down to earth person. The humble actor still does not acknowledge himself as a national star.

Some Extra Information of Prabhas

Where did Prabhas born?

Most of us don’t know the fact that he was born in Chennai and is native of Mogalturu village of West Godavari district.

We all know that Prabhas is the nephew of famous actor Krishnam Raju who is called as Rebel Star. Apart from this, we don’t know anything about his family background because he never spoke about his family anywhere.

What Do People Call Him?

We know that he is the young rebel star of Tollywood while he is also called as Darling by his fans and people who are close to him. Few of his nicknames are Prabha, Pubsi and Mr.Perfect.

He got many friends but only few are his best buddies. His best friends in industry are Gopichand and Allu Arjun. Rana also became his best friend after working closely with him in Baahubali movie.

Everyone wants to know this. Our young rebel star’s favorite heroines are Jayasudha, Trisha & Shreya