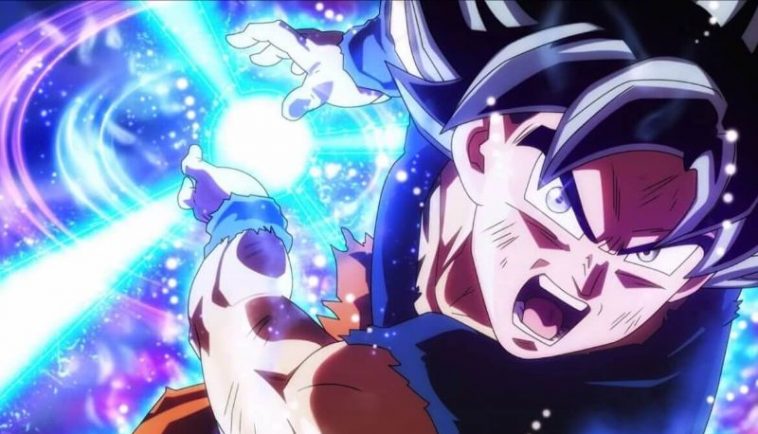 Dragonball series has introduce some of the most impressive attacks in all of Anime. In terms of fighting sequence, Action and powers of attacks its second to none.

The damage after these attacks and scale of destruction is what makes Dragonball so special to the viewers.

There is a level of accomplishment and satisfaction after those attacks. In fact its the very best and with revival of the series with Dragonball super the impressive animation and power moves still continue on.

Note: This not a ranked post, you can suggest your favourite or strongest in the comment section. 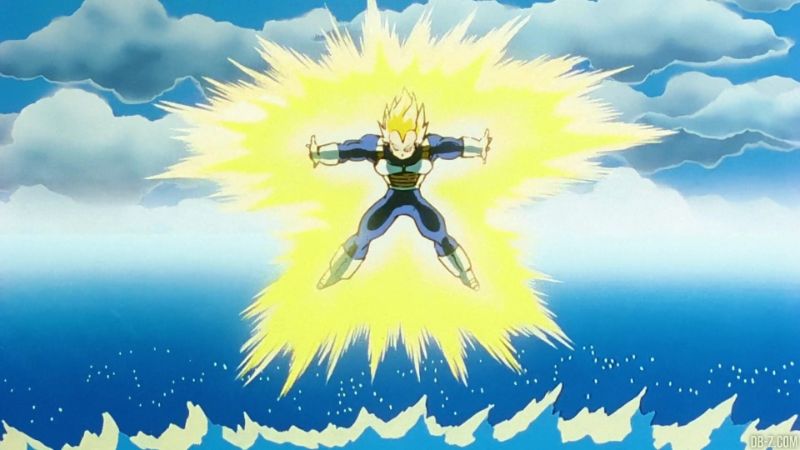 Final Flash is Vegeta’s signature technique. He uses this attack to land superficial damage on Cell before he regenerates his Body.

He also defeats a villain in OVA and several characters in Dragonball GT. Needless to say this is the Trump Card of the Prince of The Saiyans.

It’s Destructive power increases in Dragon Ball Super thanks to The New God Forms. In the Manga fight with Merged Zamasu, Vegeta releases better version of this attack to dish out devastating damage with the Gamma-Burst Flash. 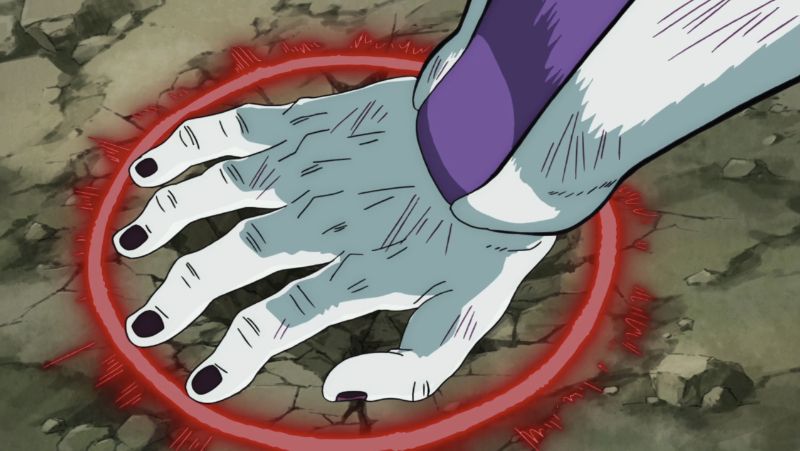 Earth-breaker is an underhanded attack which he preparesin case he faces impending defeat.

Frieza first uses this move in the Resurrection of F to take down Vegeta by destroying the planet (than surviving the Vacuum which would ensue, thanks to his biology).

This attack requires perfect Ki-control and timing for execution of the attack. This attack immediately destroys the planet’s core resulting in violent explosion.

This explosion leads to destruction of complete planet. It is one of the strongest attacks we have seen so far. 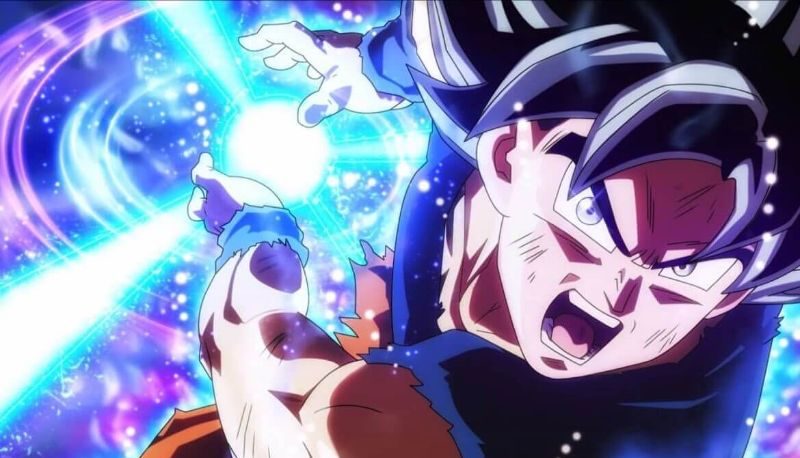 Kamehameha is the legendary move of the Turtle Martial School and its creator Master Roshi. The show’s protagonist Goku learns it from Roshi in his childhood.

Ever since than it has become Goku’s Signature move. He even teaches it to his sons and creates several variation of this attack to counter foes.

Other than Goku and his sons Turtle Hermit Students like Krillin, Ten-Shinhan and Yamcha too can use this technique. 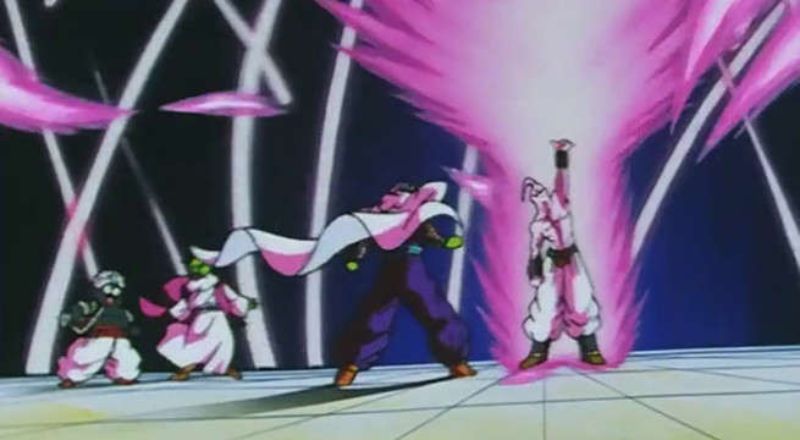 Super Buu uses this attack to kill the population of Earth.(When Piccolo tries to bait him and gain some time for the kids to rest up for the upcoming fight).

Piccolo also promises to revive the dead ones using the Dragonball. However this turns out to be useless move as Super Buu decimates Earth with use of this Pink Color Beam of its occupants.

Only Chiaotzu and Ten-Shinhan are capable enough to dodge those attack amongst the Humans. All of the humans and several animals die in the process. 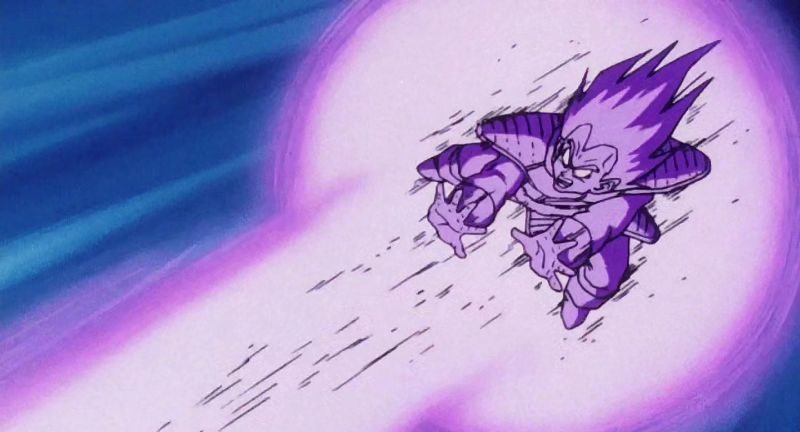 This is Vegeta’s first signature attack. As a kid Vegeta develops this attack as his finishing move. In fact during their First fight Vegeta overpowers Goku with this attack before Goku uses Kaioken to turn the tables.

This how their rivalry use to be Galick Gun Vs Kamehameha. If Kamehameha is Goku’s family’s trump card than Vegeta’s family has the Final Flash and Galick Gun.

In fact one of the Father-Son moments occur during fight with Merged Zamasu. They block Zamasu’s attack with their Familial Galick Gun. Even Vegeta’s Universe-6 Counterpart Cabba uses this move. 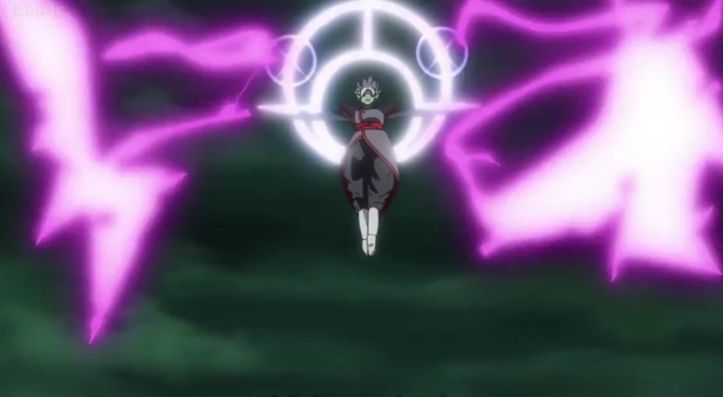 After merging with Goku Black, Zamasu gains both immortality and perfect body for combat in a single Body.

Thanks to his God like state already Zamasu possesses Perfect God form however now thanks to fusion he gains true God like power.

He gains Halo thanks to the fusion. In the anime this has been target of many comparisons with actual halos behind the angels.

The lightning emits from this halo whilst Zamasu makes his glory speech. It knocks all three Rage Super-Saiyan Trunk, Super Saiyan Blue Goku and Vegeta out. It is a truly god like invincible technique with awesome animation and color scheme. 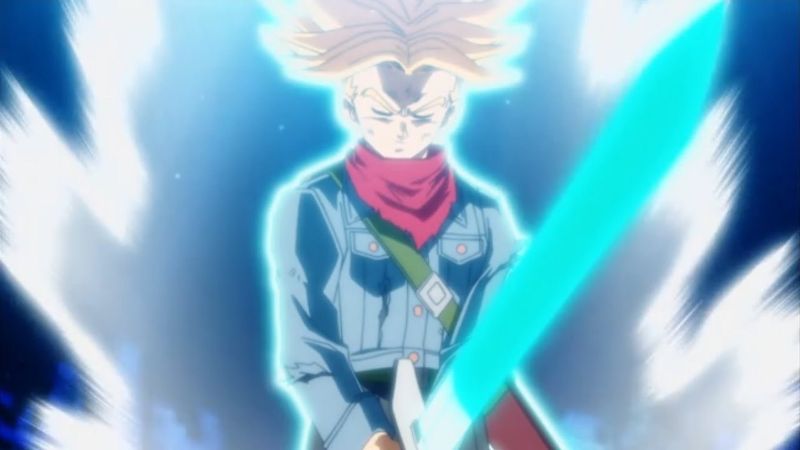 After having fought for everyone by going back in time to bringing Goku and Vegeta for help. Trunks truly becomes beacon for hope for the future which is being ravage by Zamasu.

As last ditch attempt people identifying Trunks as their sole protector bestow upon him with their Ki. The Ki joins Trunk’s Super Saiyan Rage mode and the Sword empowering him to defeat and destroy Zamasu’s Mortal coil.

Its a remarkable achievement something which both Goku and Vegeta aren’t able to achieve despite possessing superior powers. 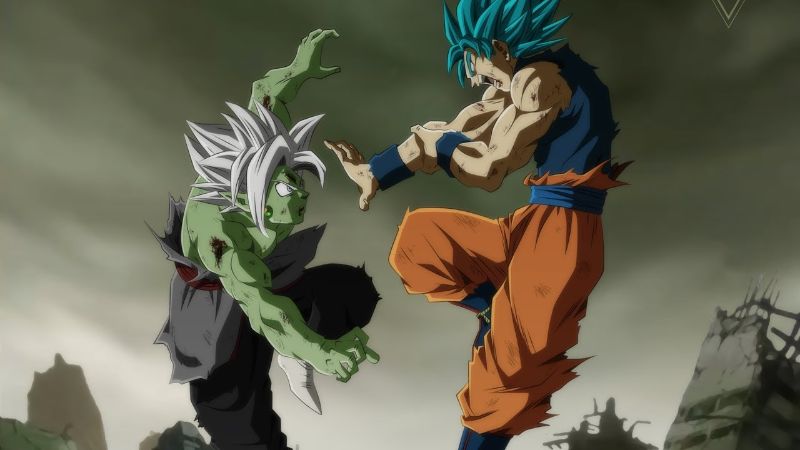 This increases his power exponentially and allows him to use Super Saiyan Blue indefinitely. (This form is known as Complete Super Saiyan Blue form) He manages to Beat even Merge Zamasu in this state and goes on to use Hakai on him.( Like Lord Beerus, it seems that Goku too has inherently learn this technique by seeing it).

Goku even manages to erase half of Zamasu before Zamasu uses Mai as human shield to escape this technique. If Goku had completed the technique no doubt Zamasu would have been dead without further complications.

Just before his elimination By Jiren The Gray, Hit shows his true Trump Card. He creates a cage of time.

Its intention is to keep opponent inside Time Barrier making him incapable of doing anything. But Jiren powers-up and breaks this technique with raw power after struggling briefly against this technique.

Though it might have fail in application its quite an interesting technique-“Cage of Time”. 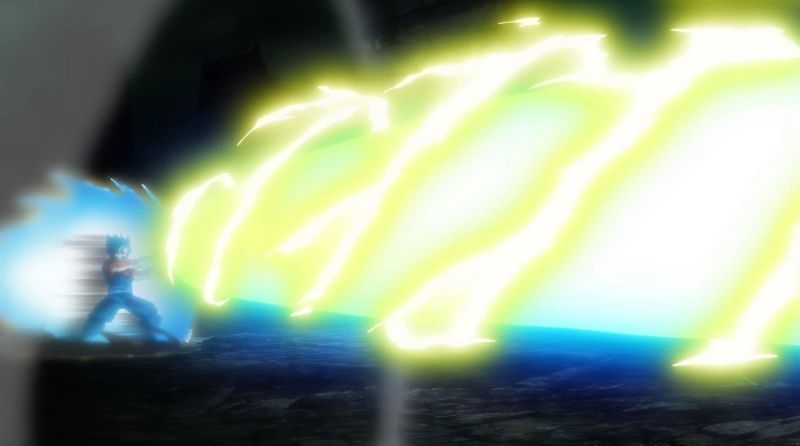 This attack is the combination of two signature moves the Final Flash and the Kamehameha. First usage of this move occurs in DragonBall Super when Goku & Vegeta fuse together to form Super Saiyan Blue Vegito.

Thanks to Potaro Earrings from Kaioshins they get the fighting chance against Fused Zamasu. This attack completely overwhelms Zamasu’s fusion form and mutates him to some sort of Beast.

The fight would have end soon enough if the Time limit of Vegito’s Fusion hadn’t expire. Nevertheless it’s the strongest attack till date in the Dragon Ball Super series.

Top 25 Anime School Girl You Would Love to Date