Nowadays days youtube videos have gone far in MILLIONS & BILLIONS of views. People think that viral videos like”Charlie bit my fingers” are the ones that spread like WILDFIRE on the internet . But wait, guys, even if these viral videos spread fast.The Videos on top of the list have millions and billions of views. These are VIDEO SONGS .Yes, you hear it right.The music is something that everyone craves for.Music is an addiction that we can never quit…….

WAIT…..before we start here is an import honorable mention..

“Wheels On The Bus“

After reading its views I bet you will open your Youtube. To find out that is it really true how can a NURSERY RHYMES video can get this much views.Well, this is the hard truth that we have to digest …..

These days in western countries parents save there babysitting and cable TV money. By showing their children  this video. Now it is very popular among the children.now they are learning by youtube more than they are learning in there schools……….

And if you r thinking of watching this video than u have to be prepared for a long 54:12 min videos that can send u in the coma and can affect your brain severely…….

This song has a really good value of production. I mean REALLY GOOD VALUE.

It was shot at ND Studios, Karjat and Kaul Heritage City, Vasai in Maharashtra, India.

The song is used in the teaser for the Nexus 5X. “Lean On” is also set to appear in the 2016 dance video game Just Dance 2017. It is also featured in 2K Sports’ video game NBA 2K16 and the film How to be Single.

The only thing that I don’t like is the choreography.

If you watch this song without audio you can NEVER guess this video has this kind of song.

But this song is worth watching.

On their way, they started dancing, playing football, there changing their clothes in every other shots.(in simple they became mad)

Well after watching this full of energy video you are gonna feel excited. 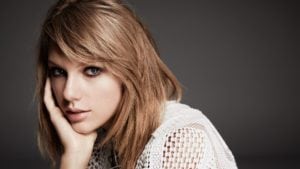 If there is any correct MEANING of going totally “MAD” is this video.

In this video, a girl is trying to learn some of the best dance forms like hip-hop, lyrical, ballet, jazz and even cheerleader.by the best dancers in the world

In a scene, she also tries twerking that was really funny.

The video was shot at OHEKA CASTLE in HUNTINGTON, NEWYORK.

“BLANK SPACE” is an electropop song.

Because It makes fun of Swift’s recent exposure in the media about her dating life,

portraying herself as “an overly attached MAN-EATER who dates for songwriting material”.

My favorite part is the beginning, when Gray Suit Guy walks out of the pawn shop and finds Bruno Mars singing and doing a choreographed dance with friends.

At first, Gray Suit Guy is curious, like, Hey, what’s going on here? You guys dancing? I like to dance.

Actually, I LOVE TO DANCE.

Maybe I’ll jump in here. But then Bruno Mars says, “Got Chucks on with Saint Laurent / Gotta kiss myself, I’m so pretty,” and Gray Suit Guy, who probably just exchanged his Chucks for that dumb pair of brown dress shoes at the pawn shop, is like, Are you kidding me?

This song is what we can call a killer song.

With lots of women’s in sync with killer moves that will give you goosebumps for sure.

The women’s dance in the video consists of an amalgam of two dance crews from New Zealand’s Palace Dance Studio.

That is owned by Parris Goebel.

They are made up of the gals from the Ladies of ReQuest and the Royal Dance Crews. It definitely explains how the dancers were so effortlessly in-sync!!!!!!!!

In simple words, this is totally a real meaning of HOREBEL song.

With Korean lyrics that I don’t know what they really mean.

I still can’t get it why is this song get this much VIEWS. I mean how can is this possible.

Is it because it starts the k-pop music series.

Or because of this small  list of some of the batshit stuff Psy does:

1-He sunbathes, more or less, fully clothed. He dances for a bunch of horses.

2-He makes two innocent women walk with him through a vortex of garbage and glitter.

3-He rests his head on the shoulder of Sauna Man. maybe kills two people with an explosion? rides a carousel, while dancing. crashes a yoga class.

This tribute to PAUL WALKER shows some SUPERCARS.

A LOST CHILD playing piano outside SURROUNDED by some very expensive cars.

It is touching as hell.

Have the tissue box handy, and consider dropping everything you have planned today so you can rewatch Brick Mansions and the entire Fast franchise as a proper show of respect.

If you aren’t choking up by the time Charlie Puth sings, “Let the light guide your way,” while Paul, laughing and holding a beer, flashes across the screen then you have no right to watch any paul walker movie.

After two years without releasing new music, Luis Fonsi wanted to create “a fun track that had that Latin feel with a melody that I feel very comfortable singing and that will make people just dance”

And that latin feel song is on our most watched music video ever, nothing else to say.