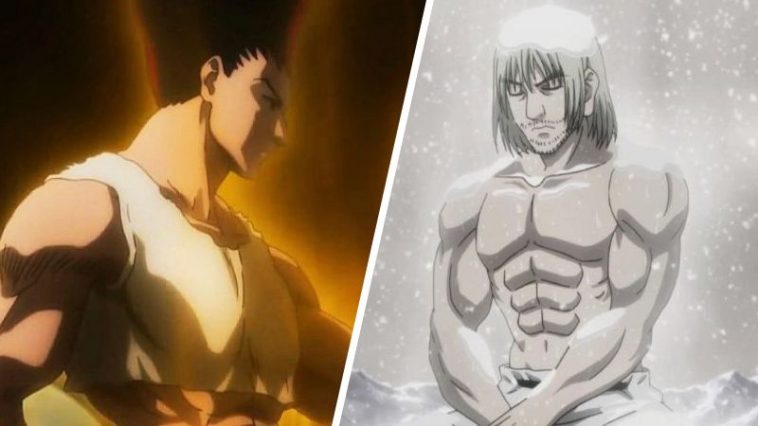 Hunter x Hunter is one of the anime shows out there, if not the best. In this anime, there are some powerful characters.

In this article, I am going to talk about the strongest Hunter x Hunter Characters. The rankings are based on their strength, intellect, and feats. 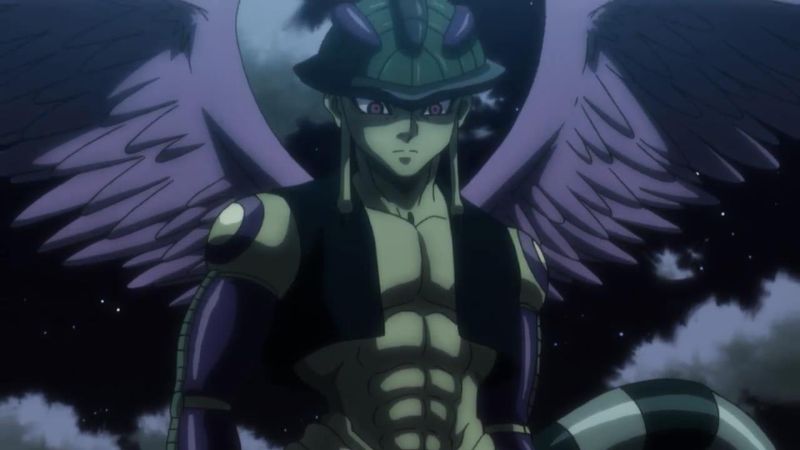 Meruem was already the most powerful among the living organism. He was the strongest, no doubt about it. He was born to be the king and rule over all living creatures. Soon after his birth, he started doing that too, with the help of his 3 royal guards.

Before the Nuclear explosion (miniature rose), even Netero was significantly weaker than him. As Netero was considered as the strongest among the human (not talking about Beyond Netero from manga), there was no question about any other human being stronger than Meruem.

Even though, after the transformation, according to Neferpitou (Pitou), Gon became as strong as Meruem, but he didn’t know about the Post Nuclear Meruem.

Why Meruem became even stronger? He absorbed Menthuthuyoupi (Youpi) and Shaiapouf (Pouf). So, he became even more powerful. 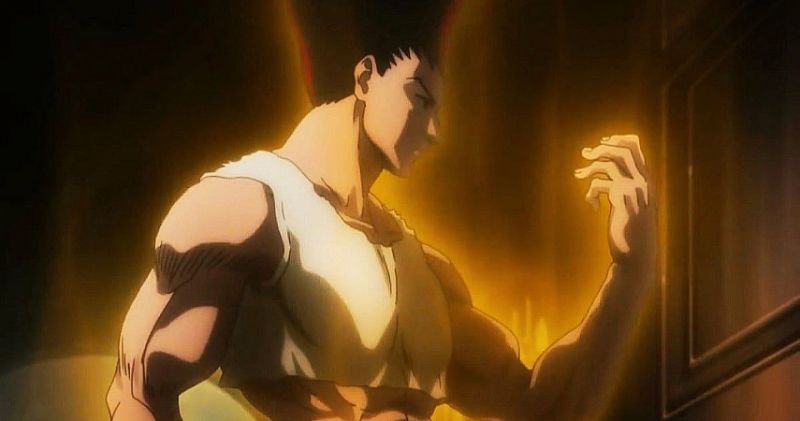 Gon is our main protagonist here. I put him in the number 2 position because of 2 reasons.

After the transformation, Gon became just as much strength as King. Pitou himself said that.

As Gon enhanced his body to mature to a point where he is equal to King, Pitou described the incident as he sacrificed his own life energy. Basically what he did was matured his body to a certain age when he would be able to defeat Pitou. And to do that, he sacrificed a great deal of his lifetime. 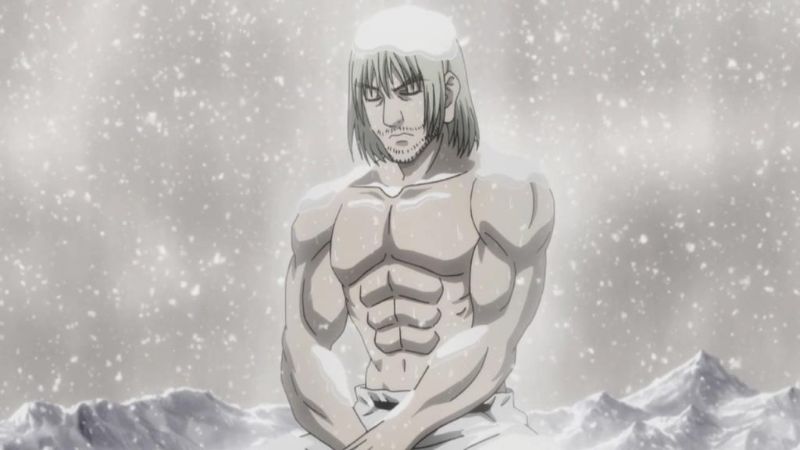 Netero achieved his battle strength through immense training and praying. At the age of 46, when he learned everything learnable from Martial art, he started training for himself. He started punching for 10,000 a day. He trained that way for 4 years. 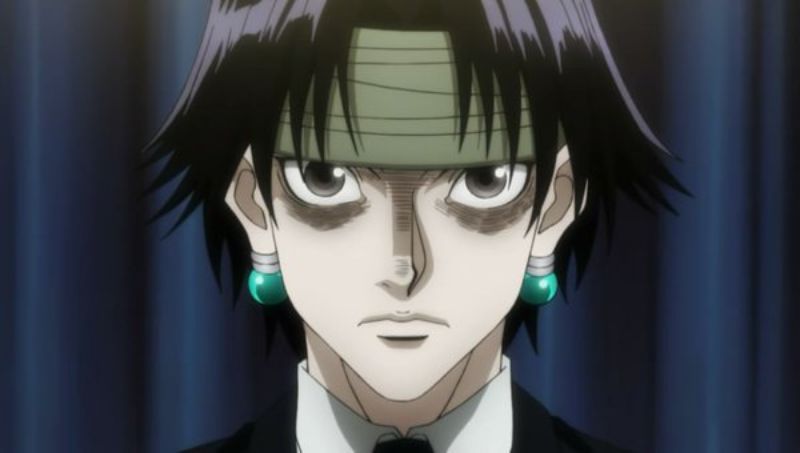 Remember when Killua’s father and grandfather tried to assassinate Chrollo? He kept both of them busy at the same time. Well, if you watch that episode carefully, you will understand, Chrollo wasn’t trying to attack any of the Zoldyck at all. He was observing Zeno’s movements. Because, as you might have already known, he can steal others’ power. But to do that he needs to observe their technique for some time. 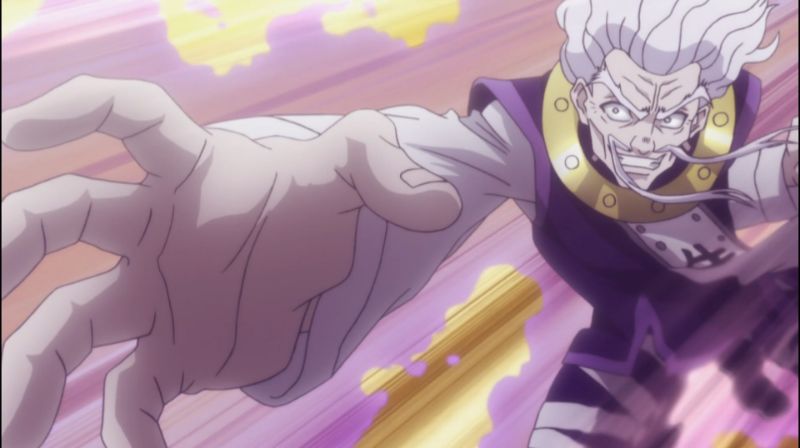 Zeno is the grandfather of Killua, the head of the Zoldyck family. Zeno was one of the most powerful characters in the Hunter x Hunter characters. Even in the Chimera Ant arc, Netero hired to go with him and fight the royal guards of King. Because Zeno was so powerful Netero hired him.

He was said to be the best assassin living. One of his techniques was Dragon Dive, which wounded Komugi who was playing with King. Later, confronting the king alongside Netero, Zeno made another dragon with his Nen and sent that to fly them away. 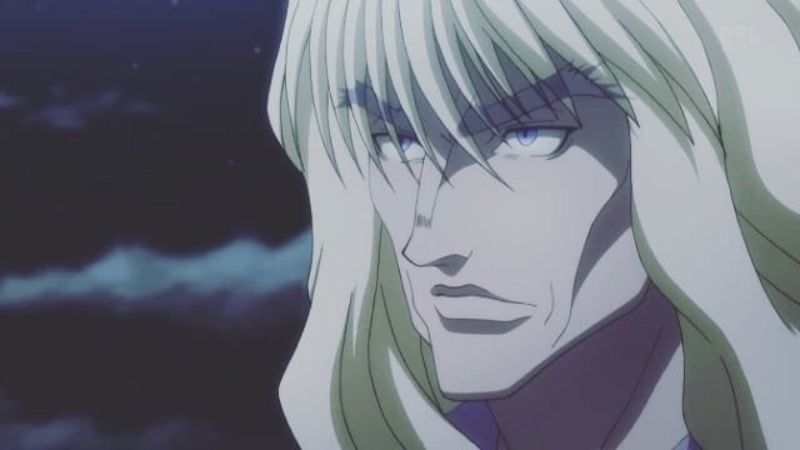 Silva Zoldyck, the father of Killua is a very powerful Nen user. He fought Chorollo, and later he went to bring back his father, Zeno with their Dragon. He even one punched Cheetu and finished him right there. 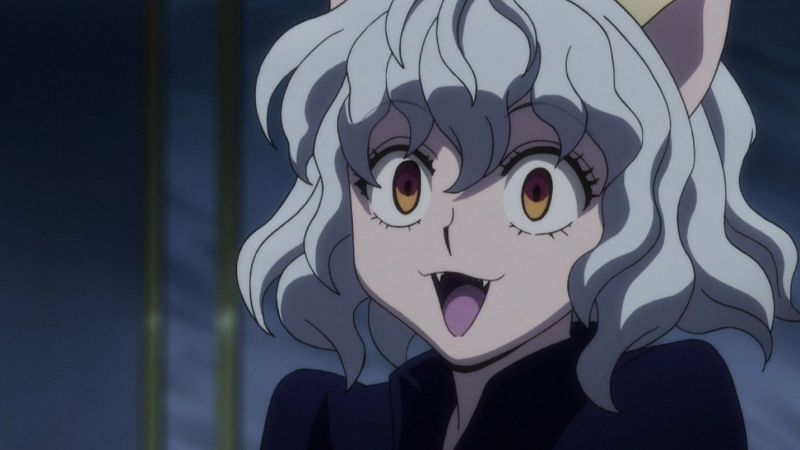 Nefer Pitou is one of the 3 Royal Guards of Meruem. The Royal Guards were born to protect and serve the king. Pitou’s nen ability was well over normal human beings. He even defeated Kite with ease. Though Kite didn’t die in his hand, Pitou had won over him no doubt.

Pitou’s biggest ability was his healing ability. He could control his body movement with his Nen Puppet. 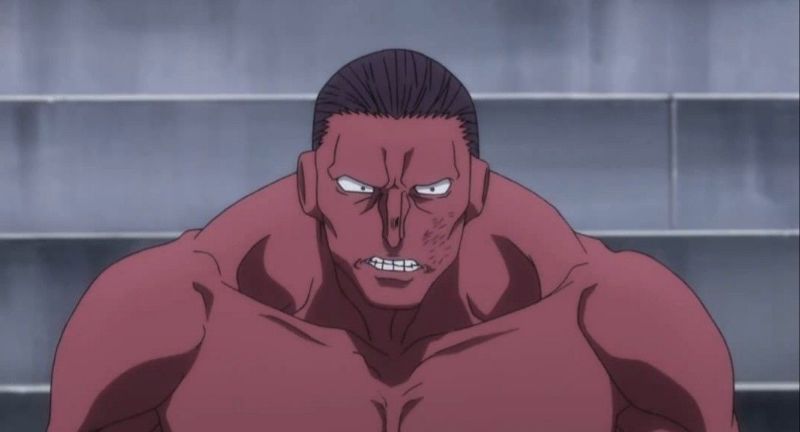 Youpi was one of the strongest of the characters in the HXH universe. His unfathomable physical strength, enhanced speed, and reflexes, immense durability, keen intellect made him a tough opponent even for the elite pro hunters.

Pro hunters like Killua, Morel, Shoot, and Knuckle did almost no good damage to him fighting and struggling. It tells actually much of his battle strength and abilities. He later controlled his rage and grew wings, which he later used to fly towards King.

His full name was Menthuthuyoupi. 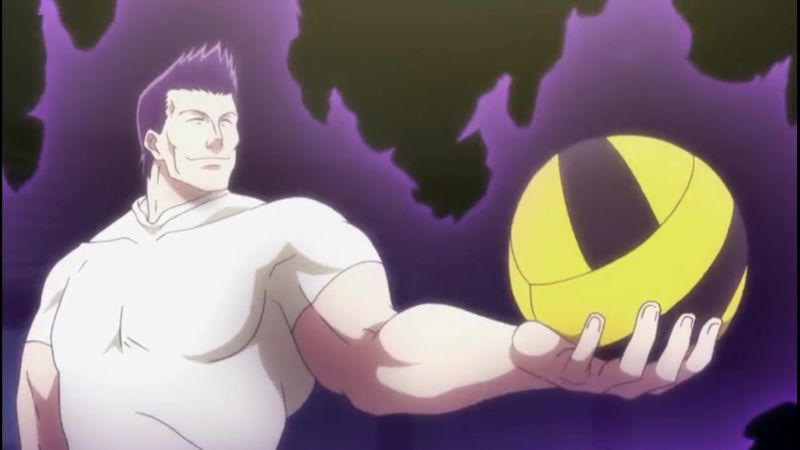 The dodge ball master is one of the powerful individuals in the entire show. He was hired by Gon’s father Ging to help him create the Greed Island game. Razor was so powerful that he alone could dispel all the six Phantom Troupe members with no effort at all. They acknowledged his strength and thought it wise to not confront him even though they outnumbered him.

Razor was an emitter Nen user. His Nen abilities were Aura ball and 14 Devils. In the dodge ball game, among the Gon’s team, only Bisci was untouched. The rest of them was damaged someway. 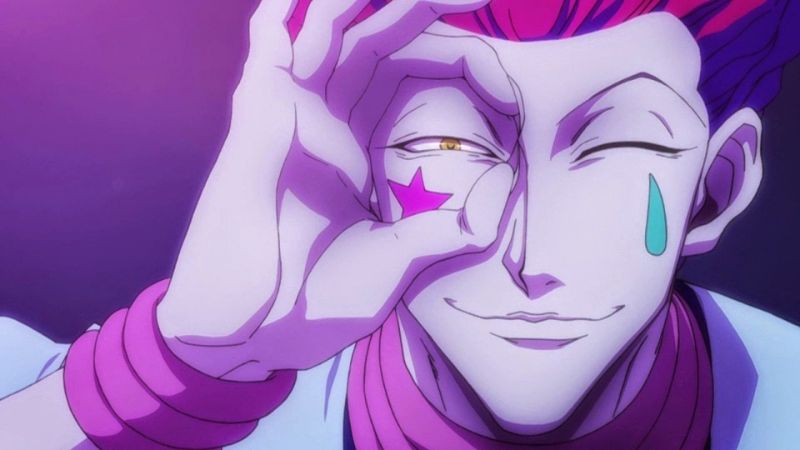 Hisoka was from the very beginning of the show one of the scariest of the characters. The show made a vibe of the guy to not mess around with the vibe from the start. His beyond natural perception, immense strength, enhanced reflexes and speed, superior agility and stamina, genius-level intellect, immense endurance, master strategist and adept at hand-to-hand combat, master weapon specialist, and stealthiness made him a fearful character for anyone to fight.

Even Illumi worried to cross Hisoka. His staggering feats in the heavens arena also declare how much of a good fighter Hisoka really is. All of his opponents of the Kos died in the match. He killed the previous number 4 member of the Spider (Phantom Troupe) and replaced him. Even, Chorollo considered him a worthy opponent to fight. Chrollo made strategies and collected Nen’s abilities before fighting Hisoka.

Who is the most powerful character in Hunter x Hunter?

What about killua? I mean he should be somewhere on here.