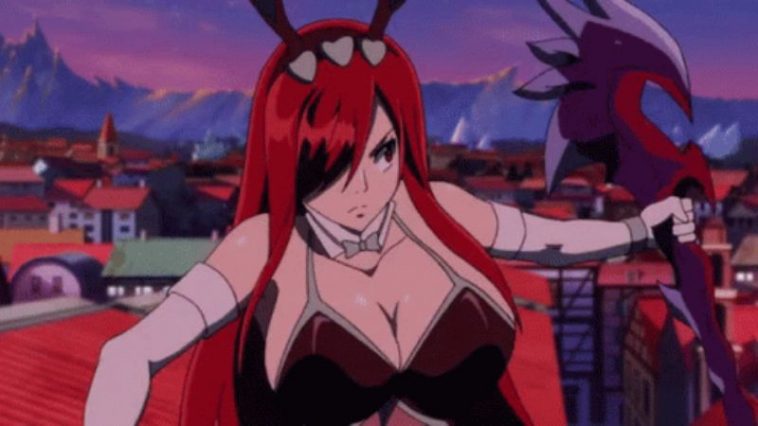 They may be animated, but we still love these sexy anime girls. Today we are counting down our picks for the top sexiest girls in anime.

Although beauty is in the eye of the beholder for this list we have chosen the girls for their good looks as well as their sexy personalities.

If there’s a particular anime that you feel deserves to be on this list, leave us a comment and we’ll add it to the list. Also, keep in mind the list is in no particular order. Enjoy! 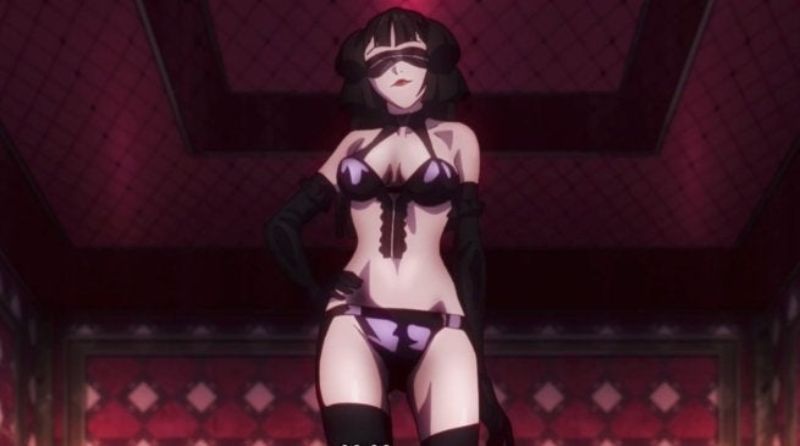 Mayu’s Ghoul name was Nutcracker. She had an obsession with money and beauty, stemming from her upbringing in extreme poverty. 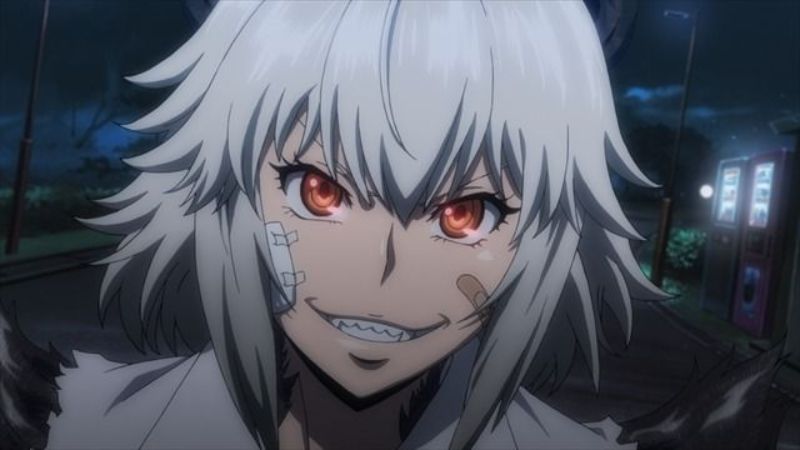 She has white hair, brown eyes, and a curvy body. When transformed, she is shown to have features similar to that of a honey badger; black fur with a white tint.

Uzaki isn’t exactly knowledgeable about most perverts unless they make a move. 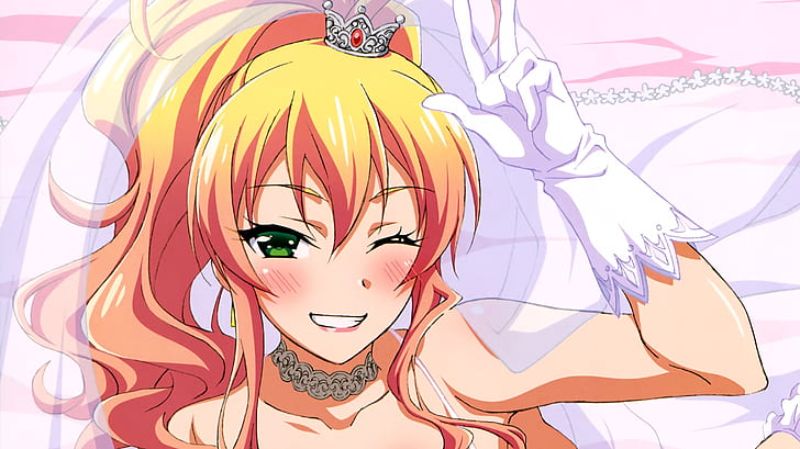 Yame is a gorgeous girl with a curvaceous body, blonde hair with pink streaks.

At school, she is seen in the school uniform where the top is open to expose her cleavage. 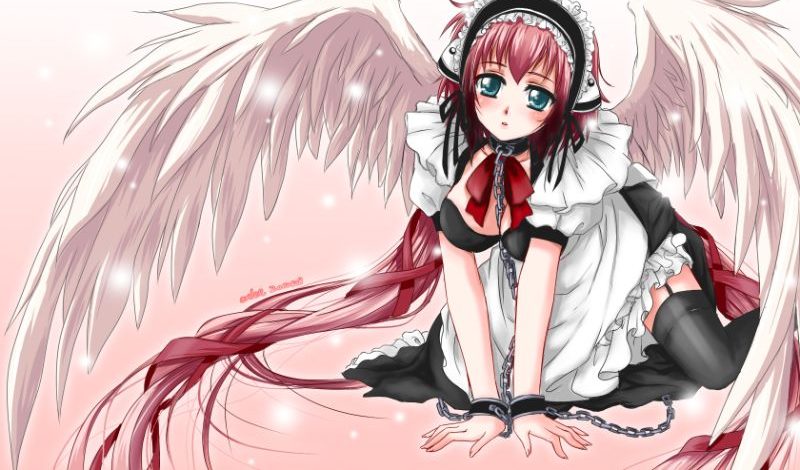 Ikaros has long, rosy-pink hair styled in pigtails secured with dark-pink ribbons. Her hair also has an “ahoge”.

Ikaros is usually placid but resorts to violence if she sees that her master, Tomoki, is in danger. She is fiercely loyal to Tomoki and does anything to please and protect him. 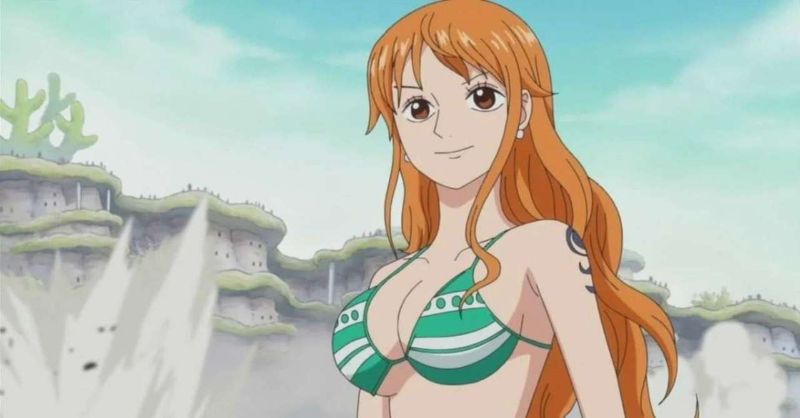 Nami is a slim young woman of average height, with orange hair and brown eyes.

She is very attractive or even beautiful. She has a blue tattoo on her left shoulder. 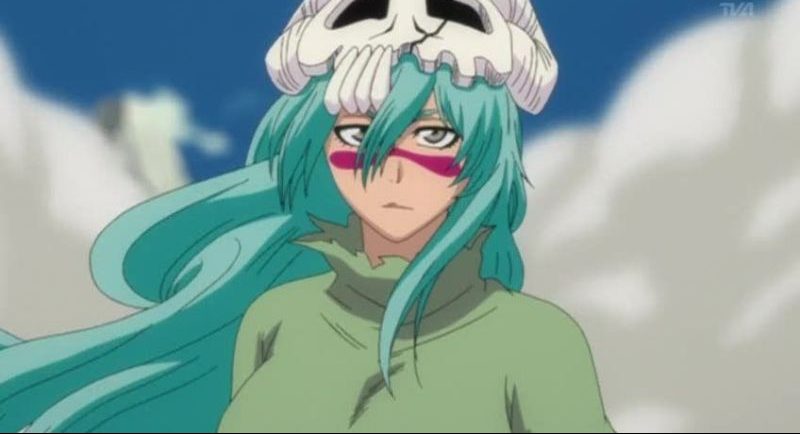 She is relatively level-headed in terms of how to fight. 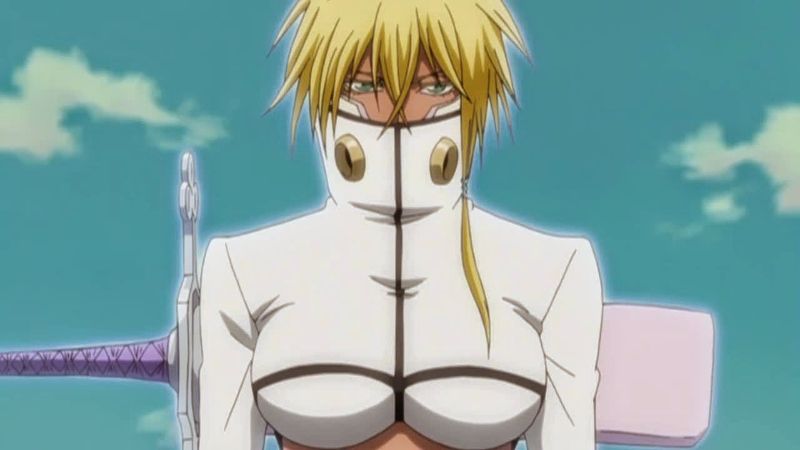 Harribel is another Arrancar in this sexy anime girl list. She wears a variation of the Arrancar jacket with a high collar, which covers the lower part of her face downward.

Harribel is calm, taciturn, level-headed, and analytical, preferring to not engage in combat.

She strongly opposes the notion of killing others, especially if done to gain power. 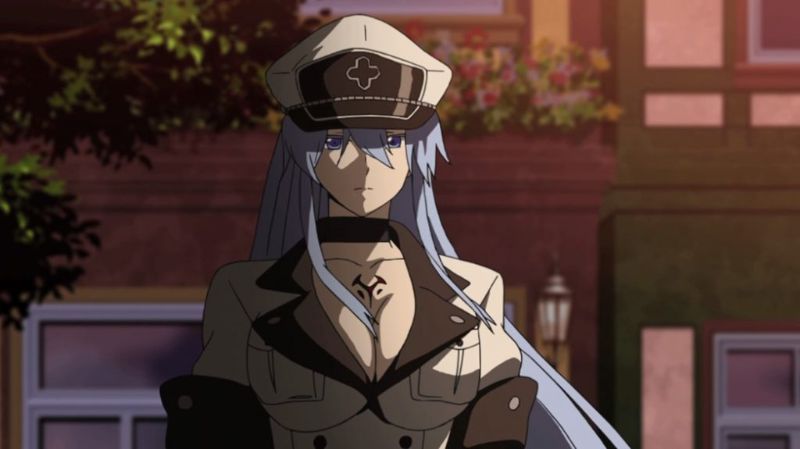 Esdeath is a tall, beautiful, and slender woman with long light blue hair and blue eyes.

She wore a General’s apparel with long sleeves, a blue scarf on her neck, and high-heeled boots. She also has a tattoo on her chest, which is the sign of her Teigu.

Esdeath was a sadist who lacked empathy for people whom she deemed weak. She enjoyed putting her enemies through great pain, both physically and emotionally. 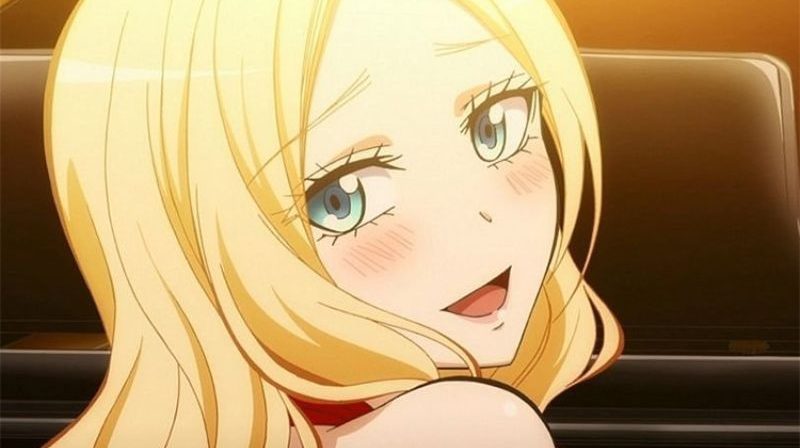 At first, Irina was shown to be cruel, calculating, and arrogant person with little regard for the students of Class E. Because of her high hit count and model-like appearance she is a confident woman, experienced and has been described as giving off a mature, black widow vibe by her students because of such. 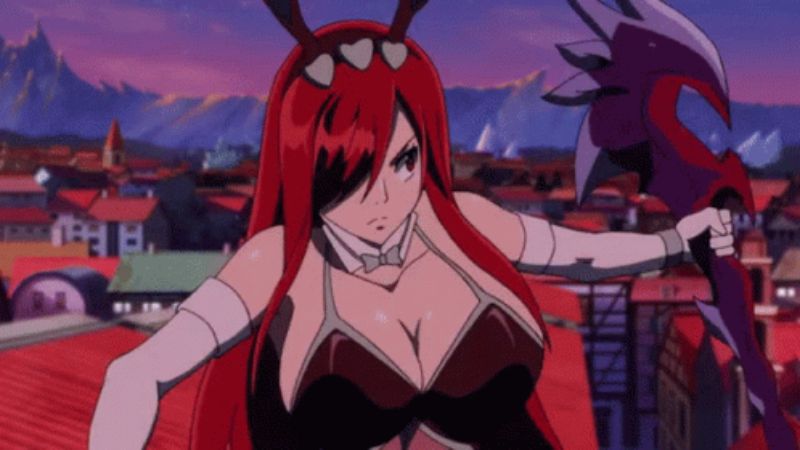 Erza is a young woman with long scarlet hair. Erza is a very strict person, often criticizing the bad behavior and habits of the other guild members, causing most of them to apologize, fearing that they might invoke her wrath.

She is also very impatient, disliking people who don’t answer her questions quickly enough. Erza is one of the hottest red hair anime girls. 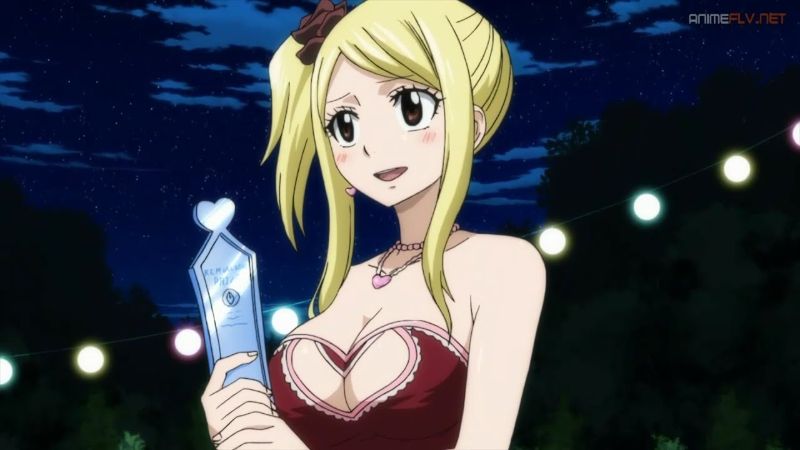 Lucy takes exceptional pride in her appearance and is very confident in her sex appeal, often exuding a certain amount of vanity. 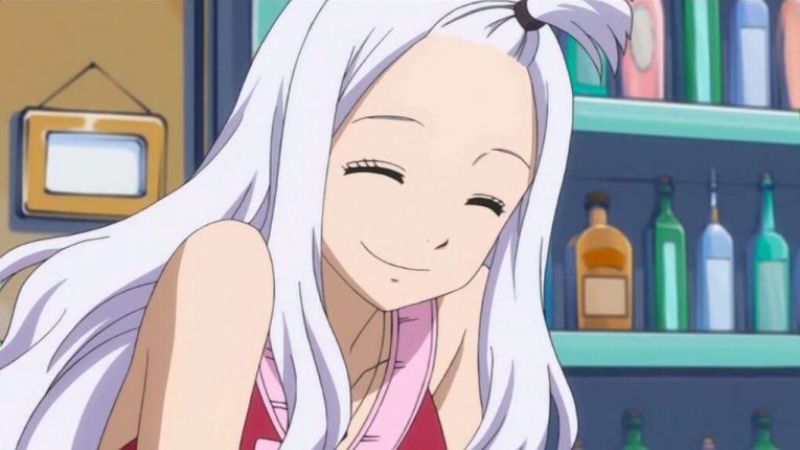 Mirajane is a slim young woman of below-average height.

Mirajane is a loving and caring person who treats her friends, and even strangers, with kindness. Mirajane plays a motherly role within the guild and is often seen running the bar at the guildhall.

She has rarely been shown to be in a bad mood and can tolerate all of the guild’s eccentricities. 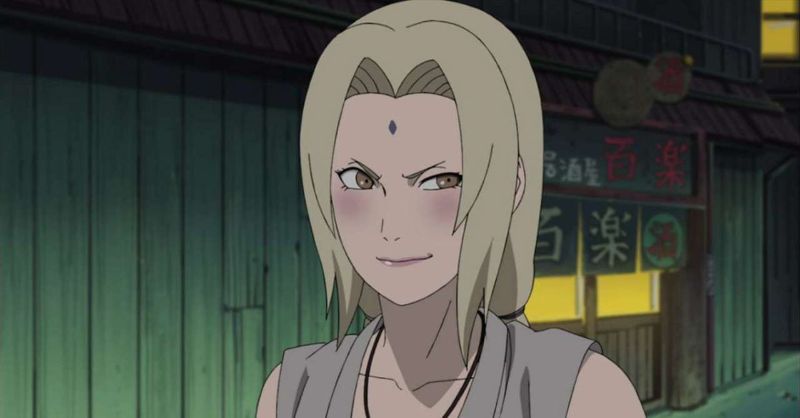 Tsunade has large breasts, which Jiraiya estimates to be 106 centimeters in circumference she is in fact widely regarded as the most beautiful kunoichi in the world.

Despite being in her fifties, Tsunade maintains the appearance of a young woman using the Transformation Technique 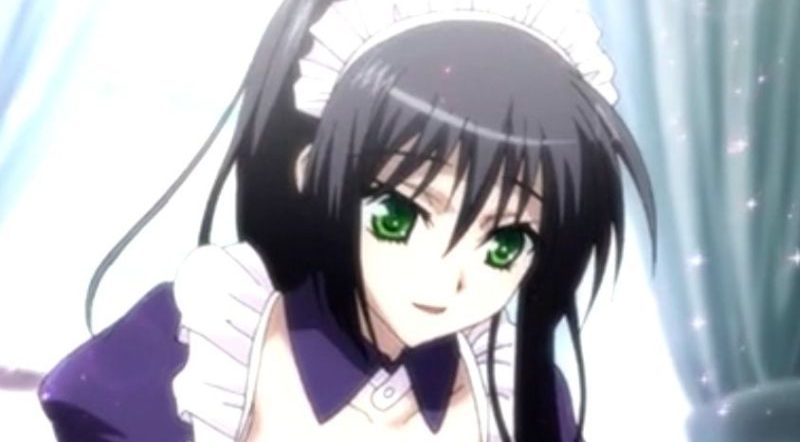 Seraphim is a girl with long black hair and green eyes. She ties her hair in a high ponytail.

She usually wears clothing that emphasizes her breasts, such as sleeveless blouses with thin shoulder straps.

She is very honorable and chivalrous and dedicated to her status as a ninja. 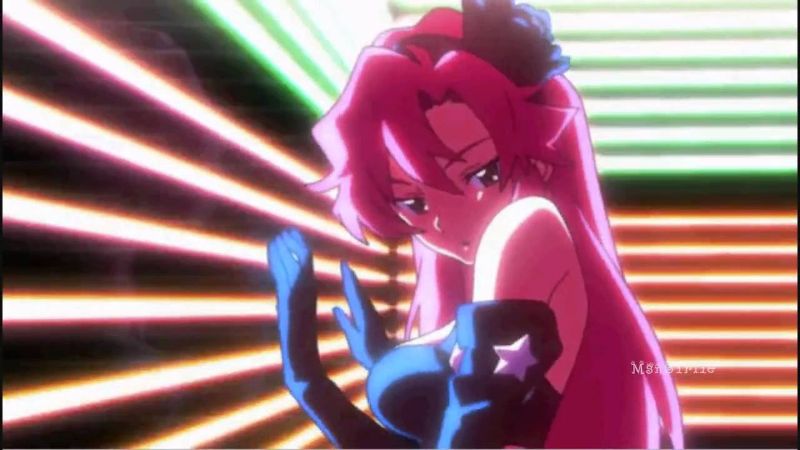 Yoko has red hair, amber eyes, a large bust, and an extremely curvy figure that was present even from a young age.

She commonly wore a leather black and red flame-designed bikini top with black rubber-leather short-shorts, and a white studded belt.

Yoko is shown to be very mature and quite knowledgeable. Yoko is a kind and caring person but can be aggressive sometimes, particularly when dealing with Kamina. 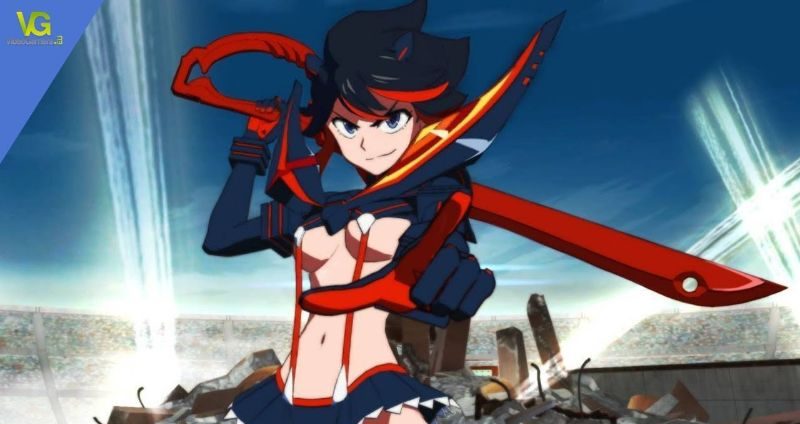 Ryūko has a relatively simple personality: fierce and stubborn.

The top armor piece is connected to her skirt by three red strings, leaving everything between the underside of her breasts and her waist exposed. Her legs are also covered with thigh-height, high-heeled boots. 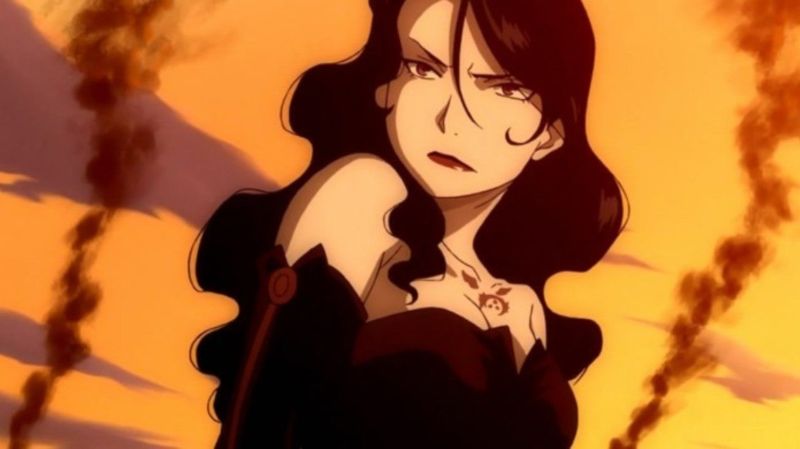 Lust has narrow mauve eyes and long black wavy hair reaching her lower back with short bangs parting at the center of her face.

She talks seductively to others. Like the rest of the homunculi looks down on humans, calling them foolish and enjoying looking down at them and manipulating them.

Lust  is well aware of her charm and uses this to her advantage to set people against each other, trick them, or get information out of people 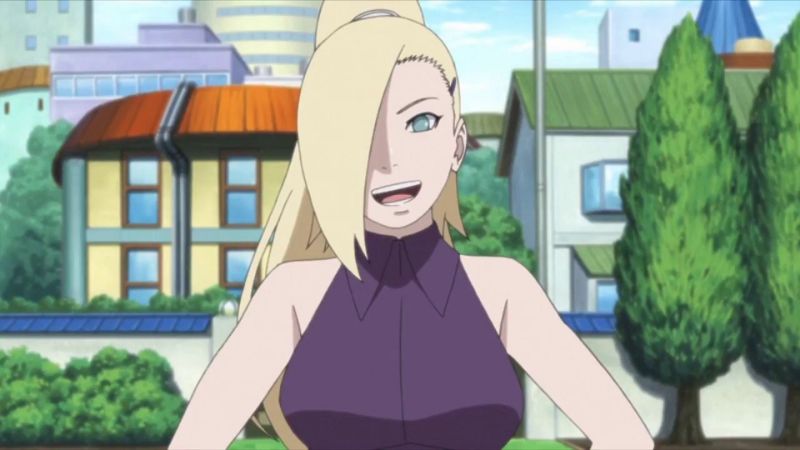 Ino Yamanaka hair is hung loosely and extends to her calves as an adult, her hairstyle returns to its shape, but her ponytail reaches her upper back and sports a black clip.

From a young age, Ino has been confident, friendly, bold, and outspoken, occasionally lashing out at others if their personal habits bother her.

She is the leader of her clan. 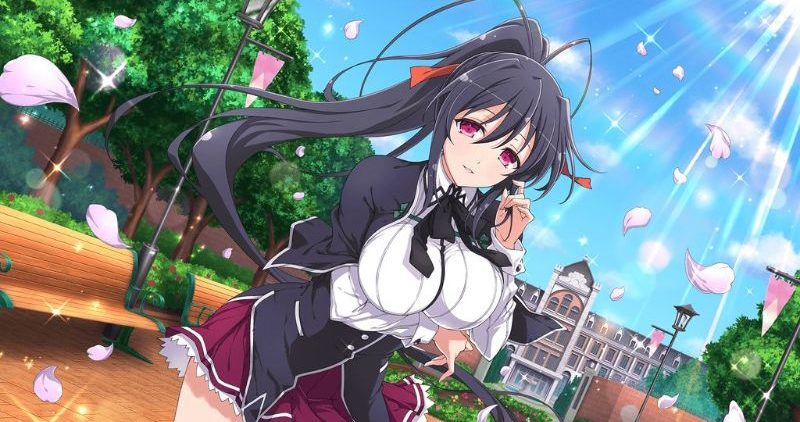 Akeno’s hair is usually tied in a long ponytail, reaching all the way down to her legs.

She also loves to tease Issei and Rias. She becomes very seductive and obsessed to have an affair with Issei whenever she finds a chance, which is often interrupted by Rias and some others. 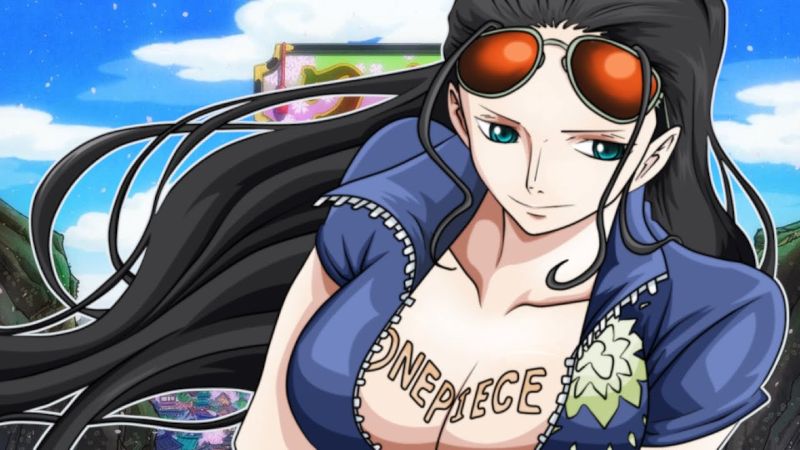 Robin’s black hair has grown longer, down to her lower back, and is pulled back, revealing more of her forehead and ears.

Robin also resembles her mother greatly, with the exception of her hair color and style as well as having a slightly darker skin tone than her. 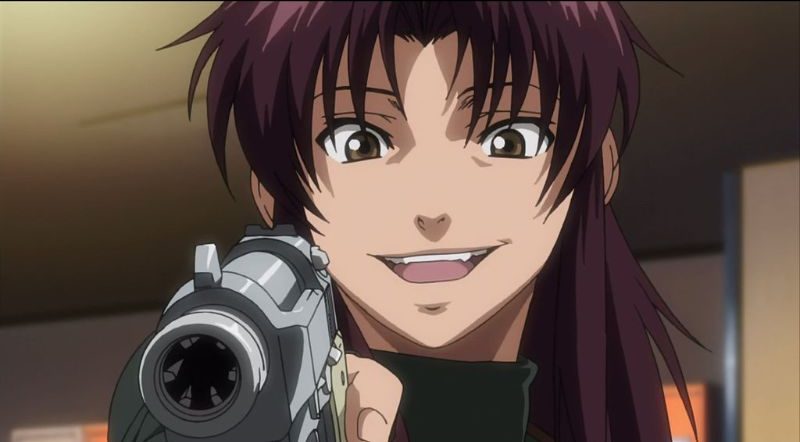 She is a Chinese-American woman of approximately moderate height in her early to mid-twenties. 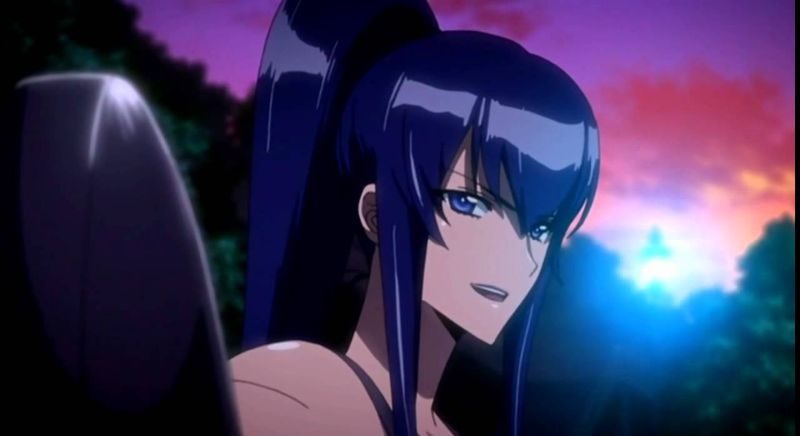 Saeko has shiny purple hair along with a triangular fringe at the front that barely touches the ridge of her nose.

Saeko is shown to be a kind, caring, strong, and very reliable person, which is pointed out by other characters.

Anime: Highschool of the Dead 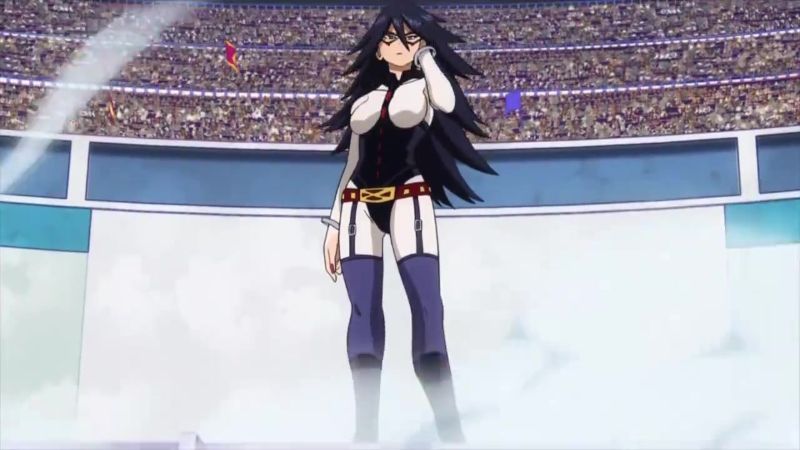 Midnight wears a black breastless leotard over a white bodysuit, which emphasizes her breasts, body, and legs along with translucent black thigh-high stockings and black knee-boots.

Midnight has no shame for dressing or acting sexily in front of young students and appears to act on whims most of the time. 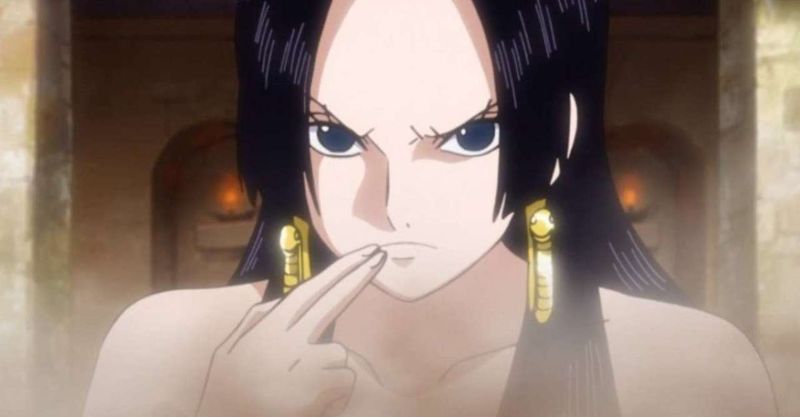 Hancock is very tall and slender with long black hair that extends past her waist with locks of hair that frame her face down to her chin.

She is also almost always seen with Salome, her large Snake Weapon, which, despite the skull it wears, is usually smiling. 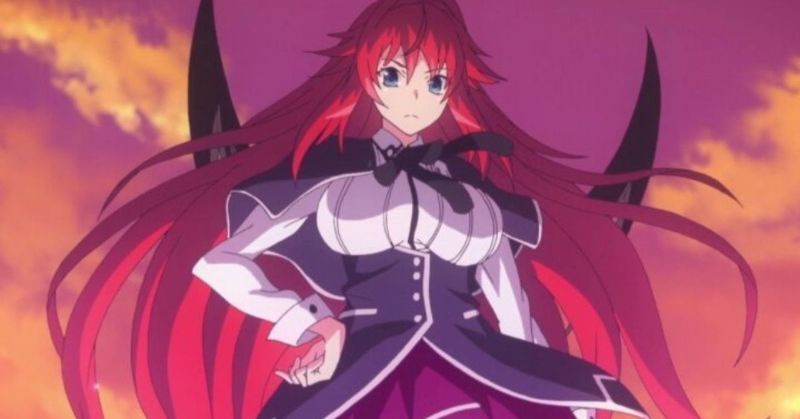 Rias is a very kind and compassionate individual, especially to her servants and people close to her. She also dislikes cruelty towards people.

Rias also tends to wear seductive lingerie and thongs, especially when she has a desire to sleep with Issei.