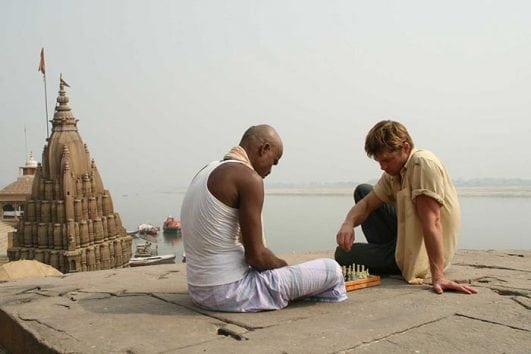 Many of you think that only Indian films are shot in Indian location, indiabuIndiais getting famouse for its spritual and other things.Hollywood film directors are also coming to the indian location to shot their film.

#1. A Mighty Heart- Pune and Mumbai

Based on the book by Mariane Pearl- the widow of Daniel Pearl, the Wall Steet journalist murdered by the Al Qaida has Angelina Jolie playing Mariane. The story took place in Pakistan though the film-makers couldn’t gain the permit to shoot there. So, Pune and Mumbai were the proxy locations. 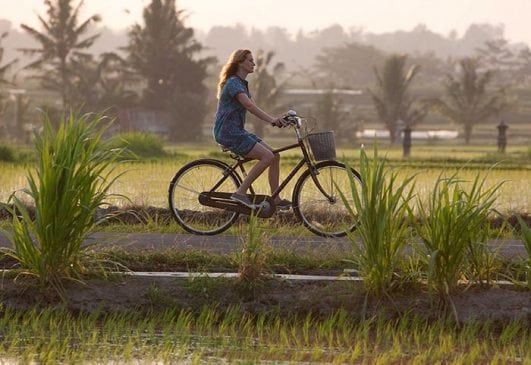 A married woman realizes how unhappy her marriage really is, and that her life needs to go in a different direction. After a painful divorce, she takes off on a round-the-world journey to “find herself”.\ 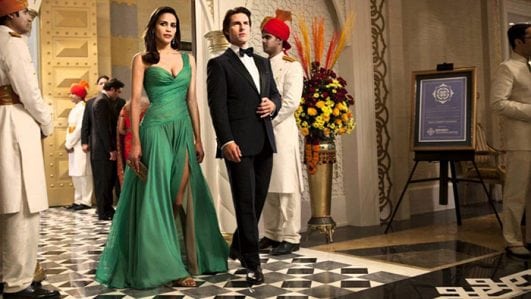 The movie had Anil Kapoor appearing in a cameo and also had multiple shooting locations in India. The climax scene takes place in the Bora Bazaar of Mumbai while some scenes in the film had the office of Sun TV in Bengaluru as the location. 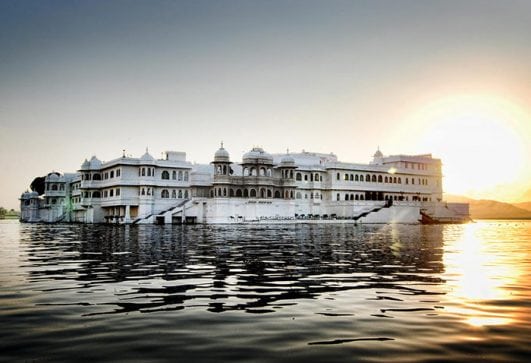 This James Bond flick came out in 1983. The Roger Moore starred involves the spy thwarting a villain’s attempt to disarm Europe with a nuclear weapon. It also has a scene in which James Bond infiltrates a palace- the location for which was a palace in Udaipur. 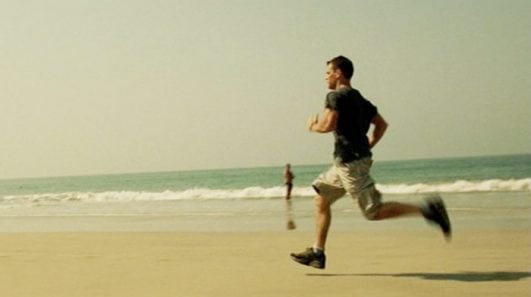 One of the best use of an Indian location as a setting for an action sequence is to be found in the second film in the Bourne series. While Goa has been featured in a few films- both homemade and others, the hand-held camera usage and the grain-infused look of the frames made us see Goa in a completely different way in this one.

The movie which came out in 2008 told the story of Benjamin Button’s curious case of reverse aging, whereby he shrinks in size as he grows older. The winner of multiple Academy Awards, the movie has scenes in which Brad Pitt visits what’s to the Westerner one of the most exotic Indian destinations- Varanasi. 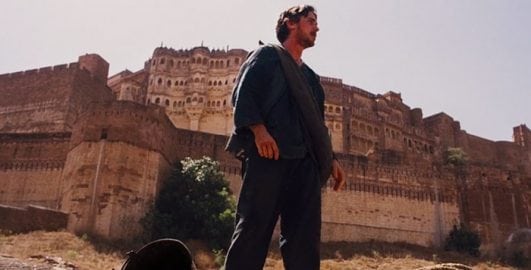 The character of Batman is one that has remained a favorite with comic book lovers for a long time. But Gotham’s mighty vigilante failed to impress movie audiences, even when such talents as Tim Burton were behind the movie adaptations. Not until Christopher Nolan redefined the character as a dark brooding kind did he click with the movie-watchers. And The Dark Knight Rises, one of the films in Nolan’s franchise involves a jail escape scene for which the filming location was the Mehrangarh Fort of Jodhpur. 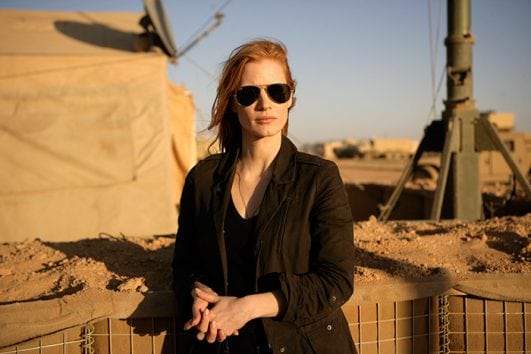 The Academy Award winning movie has the hunt for Osama Bin Laden as the theme. The story had Abbottabad in Pakistan as the setting. However, the filmmakers weren’t granted permission to shoot there. So, as an alternative, they chose Chandigarh- more precisely, the premises of the Punjab Engineering College and also parts of DAV College.