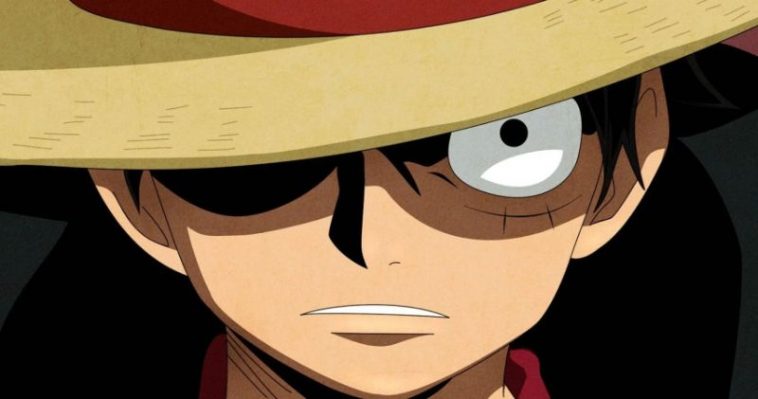 As we all know, One piece is one of the longest anime series in anime history which is written by Eiichiro Oda. The manga has been adapted into an original video animation produced by Production I.G. in 1998, and an anime series produced by Toei Animation, which began broadcasting in Japan in 1998. This series is so large that it consists of over 1000+ chapters, 1000+ episodes, 16 movies. And of course, it’s not that easy to get together all the awesomeness at once.

One piece is one of the famous anime series all over the world. And people have different opinions about the most powerful characters. And here I will give my list on top 10 strongest characters in this series and discuss them.

Before we get into a discussion let me tell me that this is my personal opinion and your opinions are welcomed. This listing is based on the power we have known from anime and manga. So, many powerful characters such as Akagami Shanks, Monkey D. Dragon will not be counted in this list. Please enjoy. 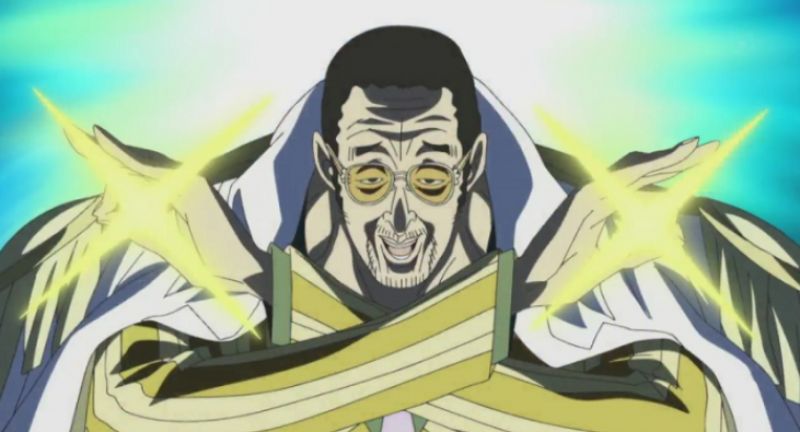 Borsalino Kizaru is one of the three admirals of the Marine. His devil fruit power is Pika Pika no mi (Shine Shine fruit) which allows him to send beams at light speed and it can pierce anything. He is also a logia type user. His first appearance was in Sabody Archipelago where he finished off some supernovas. He also fought at Marineford against Whitebeard. I wonder if a mirror can be used as a protection against him. 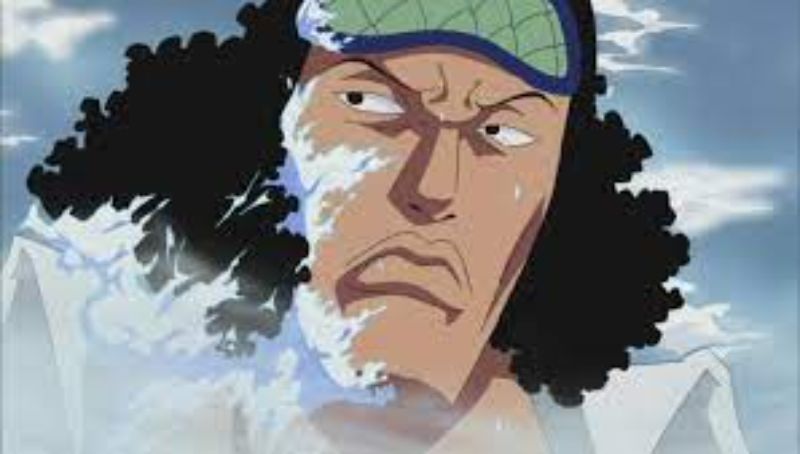 Kuzan mainly known as Aokiji is a former Marine admiral of the Navy. The Admirals are the strongest powerhouse of Navy and junior to Fleet Admiral. Aokiji has the power of the devil fruit Hie Hie no mi (Chill Chill Fruit) which gives him the power of ice. He is a logia type user which means that he has no physical body.

He can freeze a vast area of sea which he calls Ice age. His first appearance was in an island where he fought a small battle with the Straw Hat Pirates. As a result, he almost killed Luffy and Robin by ice frost. In the past, Aokiji once helped Robin to escape from a mass killing incident known as the Ohara incident. His influence was greatly seen in the battle of Marineford arc. He managed to stop Whitebeard’s ship by freezing the sea with Ice Age. He is currently enforced with Blackbeard for some unknown reason. If you ever face this guy remember to keep something warm with you.
Fun fact: Aokiji was once seen riding a bicycle on sea. 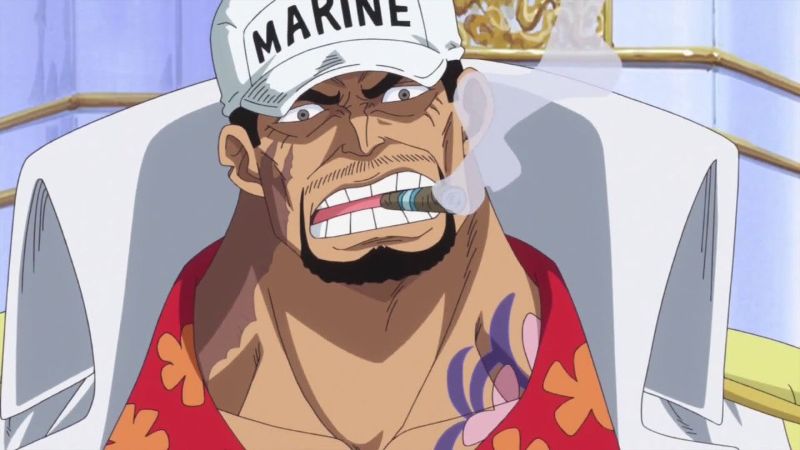 They also fought for the position of fleet admiral at Punk Hazard for 10 days long. In the end, Akainu was the winner. His first appearance was at the battle of Marineford when he was an admiral. In that battle, he killed Portgas D. Ace (second division commander of Whitebeard pirates, brother of Luffy and son of Gol D. Roger) which is one of the saddest moments of One Piece. 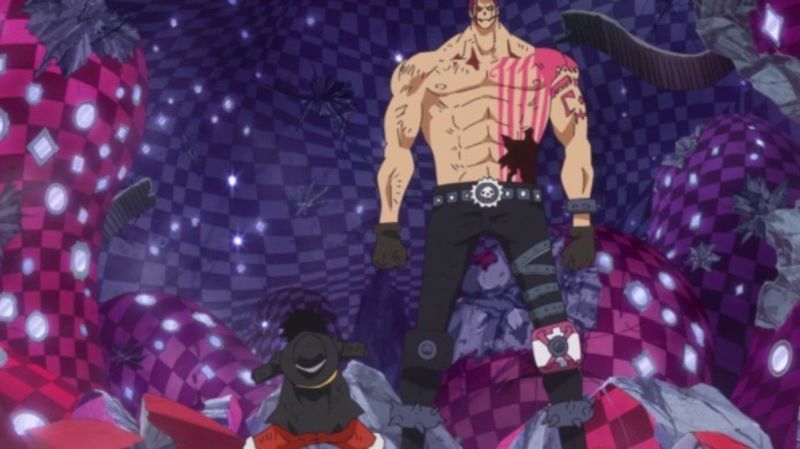 Charlotte Katakuri is the second son of Charlotte Linlin and the head of sweet generals of Big Mom Pirates. He is twice bigger than a normal being. His mouth is covered as his mouth is like a pelican eel.

He has the power of Mochi Mochi no mi or rice ball fruit (rice ball isn’t a fruit though XD). His devil fruit power is awakened which means he can turn his environment into mochi.

His special power is to see a bit into the future which he obtained by practicing Kenbunshoku Haki (Color of eyes). His favorite is doughnuts. If you don’t want a fight with him, be sure to have some doughnuts. 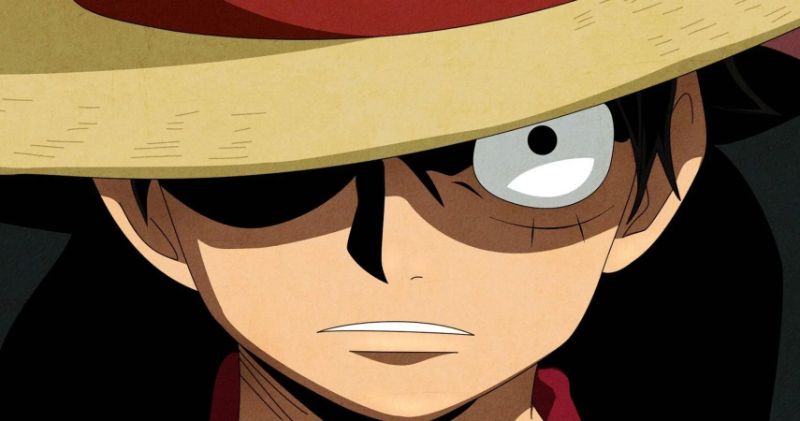 Monkey D. Luffy is the protagonist of this series. Aiming to be the King of pirates, he is traveling the world to seek the world’s greatest treasure One Piece. He idolizes Akagami Shanks and got a straw hat from him as a memento.

He has a crew of 9 powerful people and a grand fleet of 5600 people. He is the son of Monkey D. Dragon who is a revolutionary and the grandson of Monkey D. Garp who is a hero of marine. His devil fruit power is Gomu Gomu no mi (rubber fruit) which allows him to stretch any part of his body like rubber. He can increase his power to 4 notches which are known as gears. He defeated a few Shichibukai such as Sir Crocodile, Gecko Moria, and Doflamingo. He also defeated God Enel, Katakuri etc. He is the only pirate to successfully infiltrate three marine facilities such as Ennies Lobby, Impel Down and Marineford. He has also infiltrated Big Mom territory and now he is targeting Kaido. He is considered equal as a Yonko (the Four Kings). 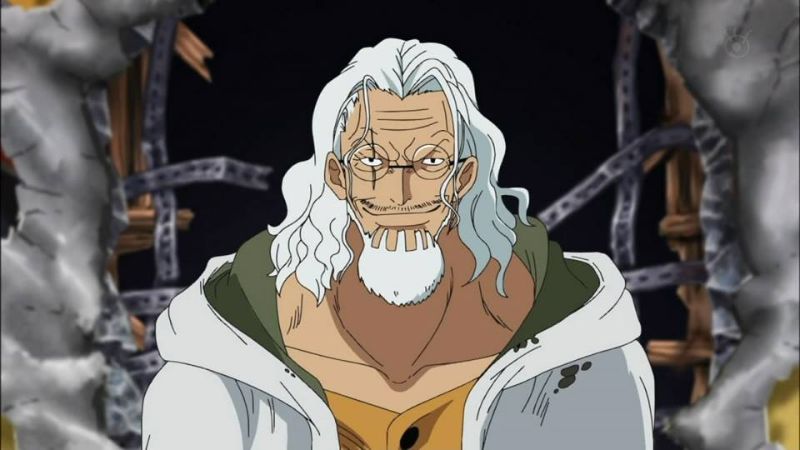 Silvers Rayleigh, also known as the Dark King, is the first mate of Gol D. Roger meaning he is the vice-captain of Oro Jackson (ship of Gol D. Roger). He is just an old man who is working as a coating worker at Sabody Archipelago. But is he? He is the person to teach Luffy Haki. He is not a devil fruit user but his Haki is unmatched. He can cross a sea as big as Pacific Ocean (actually Calm Belt) just by swimming. He also can take down a big elephant without even touching it. Pretty impressive, isn’t it? 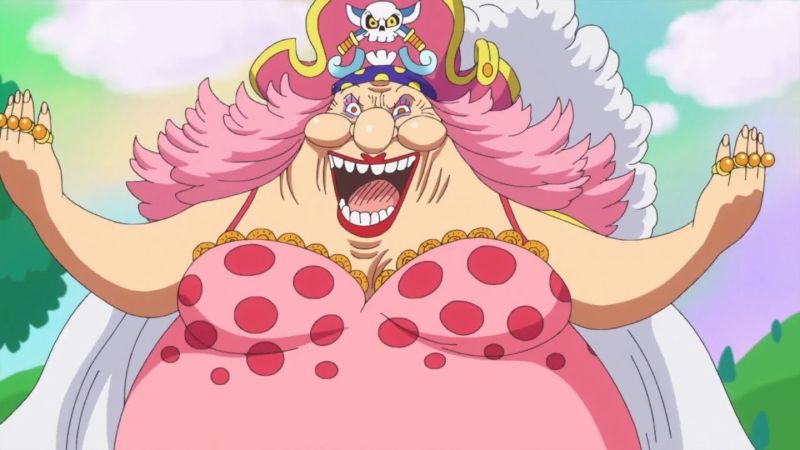 Charlotte Linlin, also known as Big Mom, is a Yonko. She is basically a giant who is left by her parents and her orphan-mother, mother Carmel. She also could use the same devil Fruit as her. Her devil fruit power is Soru Soru no mi (Soul Soul fruit) allowing her to suck out the soul from any person and give it to a nonliving thing.

Her territory is like a paradise. You will find flowers and trees dancing and singing, a town made of chocolate, various islands full of sweets. But don’t fall into illusion. You never know when you will fall in front of big mom and her three powers. Sun (Prometheus), Cloud (Zeus), and her hat that becomes a sword (Napoleon). She has 85 children: 46 sons and 39 daughters.

I guess you now know why she is called the Big Mom. Her body is like an iron balloon. Swords can’t easily pierce her body making her difficult to kill. In the assassination plot, Luffy and Gang Bege failed to kill her. Her hunger pangs are very dangerous. Be sure that you have what she wants during her hunger pangs. 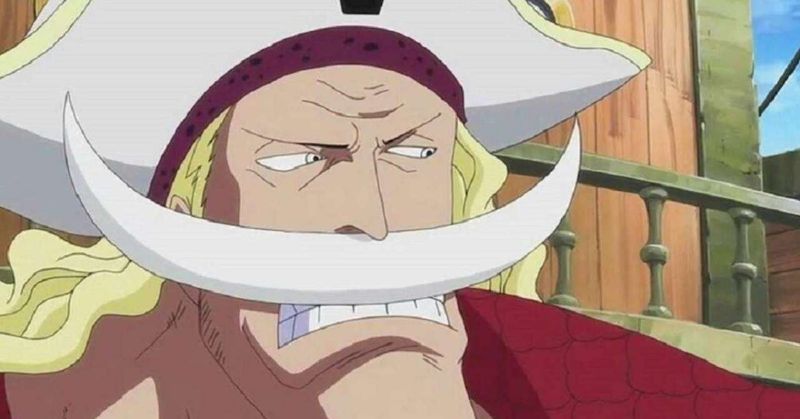 Edward Newgate also-known-as Whitebeard was a very powerful Yonko. He was the rival of Gol D. Roger. His devil fruit power is Gura Gura no mi (Shake Shake fruit). He can put a crack in the air just by punching in the air. It causes a tsunami. He was killed at the battle of Marineford by Blackbeard and the Navy.

It is told that he has the blueprint to destroy the world. He survived a direct hit from the magma of Akainu. Even in death, his body did not fall. His figure, taking down enemies while losing half of his head, was truly monstrous. The total number of sword wounds he received in this battle was 267. He was shot by 152 bullets and was hit by 46 cannonballs. And despite all this, his proud back, over the course of his entire life as a pirate, never received a single scar from running away! 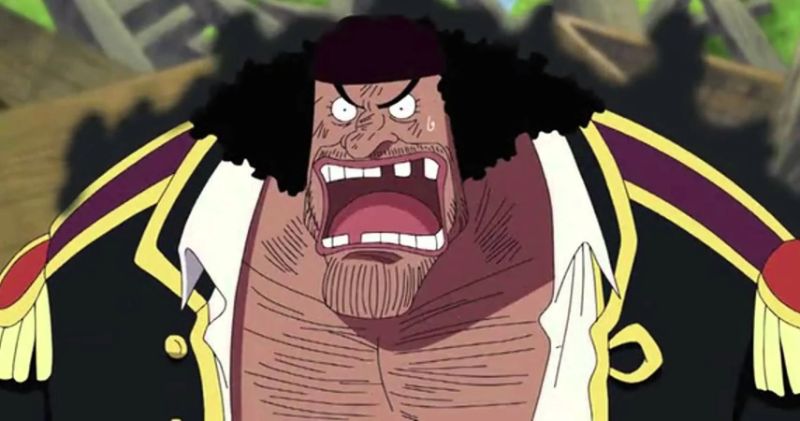 Marshal D. Teach, also known as Blackbeard, is one of the Yonko. In the past, he was just a normal pirate of Whitebeard’s crew. Until he found the strongest devil fruit “Yami Yami no mi (Darkness Darkness fruit)”.

He killed his crewmate and plotted to kill ace and whitebeard. He is the reason for the war at Marineford. His devil fruit power is the darkness that pulls everything into him. He can use multiple devil fruit power. He is on the hunt of strong devil fruits to obtain more power. 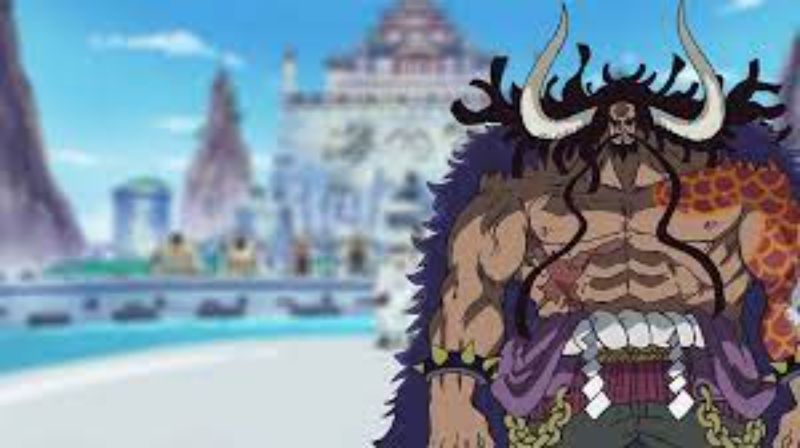 Kaido, the king of the beasts, is the strongest character in the series. He is a Yonko. People often say “If it’s one-on-one, Kaido will win.” On land, sea, and air… among all living things, he is a pirate who is known as the “strongest creature”.

His first appearance was that he wanted to commit suicide by falling from a sky island. He has been captured by Navy 18 times, sentenced to death 40 times but every time the chain broke (not ordinary chain, its sea stone chain which is one of the hardest things), guillotine broke, spears crumbled and he sank nine ships. That means no one could kill him, not even himself (he didn’t die by falling from that height). That man is looking for a place to die, Kaido the king of beasts.