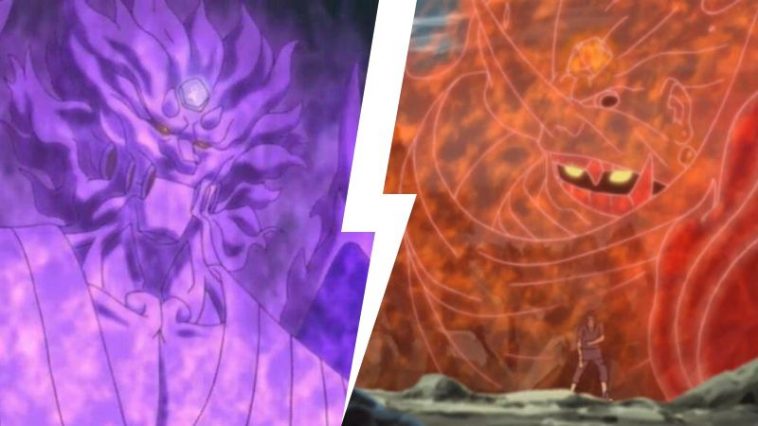 One of the strongest jutsu of the Uchiha clan Susanoo can only be activated by those who manage to activate their Mangekyo Sharingan. Susanoo is the strongest defense in Naruto, it manifests as a giant humanoid made from the user’s chakra.

This power surrounds the body of its user and protects them from incoming attacks and launch devastating attacks. It was first introduced to us by Itachi Uchiha in his fight against Sasuke.

However it can be awakened by every Uchiha with two Mangekyo Sharingan, its powers differ from user to user. Here is the list of strongest Susanoo users in Naruto ranked according to their strength. 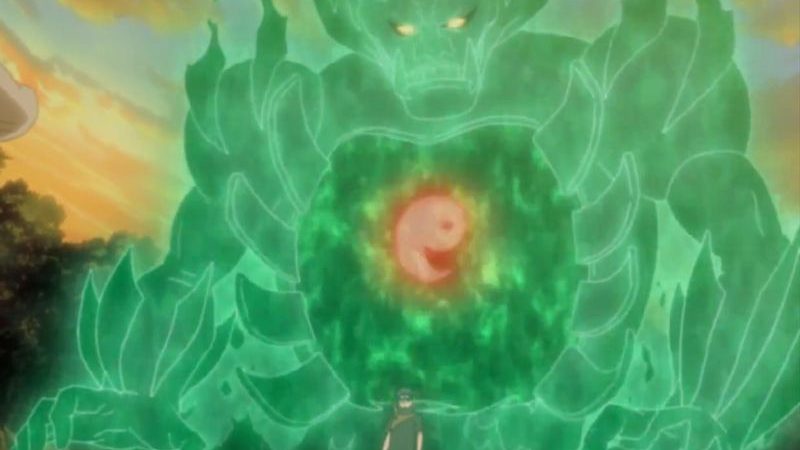 Shisui was considered as the Uchiha prodigies, he was a Konoha jonin with exceptional talent. Shisui awakened his Susanoo during the “Third Great Ninja War”.

While there isn’t much known about his ability it was still powerful enough to take on a battalion of shinobi. Shisui’s Susanoo is green and has a drill-like spear. 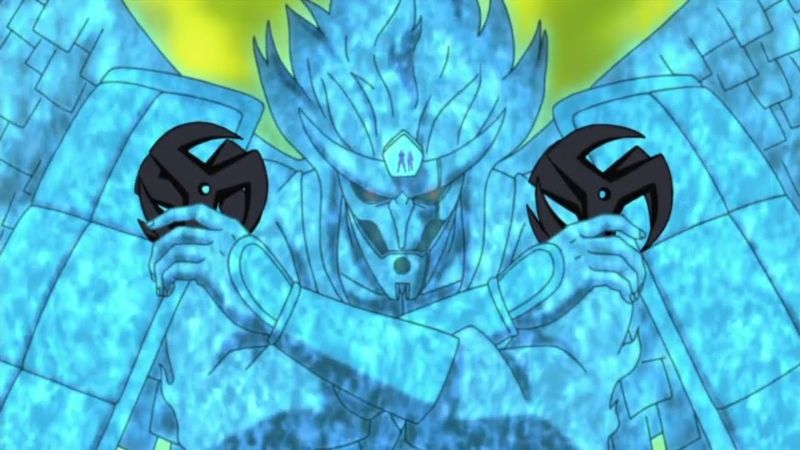 Kakashi Hatake possessed the Sharingan right from the beginning of the series. Obito gifted one of his eyes. Towards the end of the “Fourth Great Ninja War”, Kakashi was again gifted with both of the Mangekyo Sharingan by Obito, along with his remaining Six Paths chakra.

Although the power-up was temporary, Kakashi blue Susanoo can also use Kamui Shuriken. 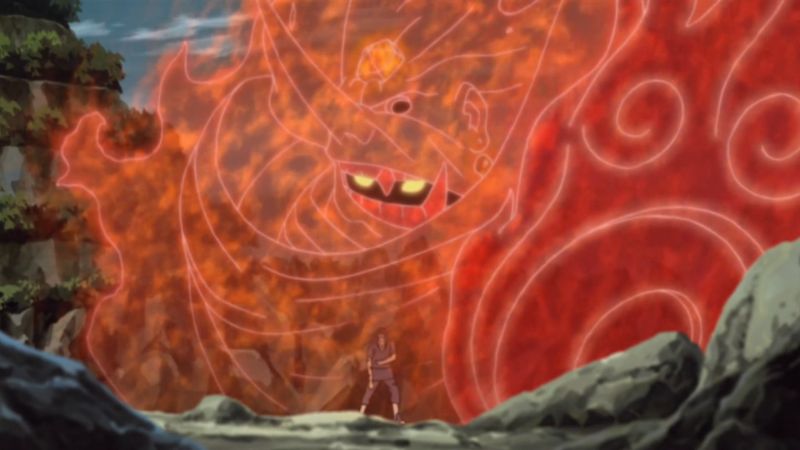 Itachi awakened this ability right after Shisui’s death. Itachi’s Susanoo is red and has the ability to use the black flames of the Amaterasu, and cast the all-powerful Tsukuyomi genjutsu.

One of the powerful weapons Itachi Susanoo poses was the Sword of Totsuka that can seal anything stabbed by it; and the Yata Mirror, which can reverse all kinds of attacks. 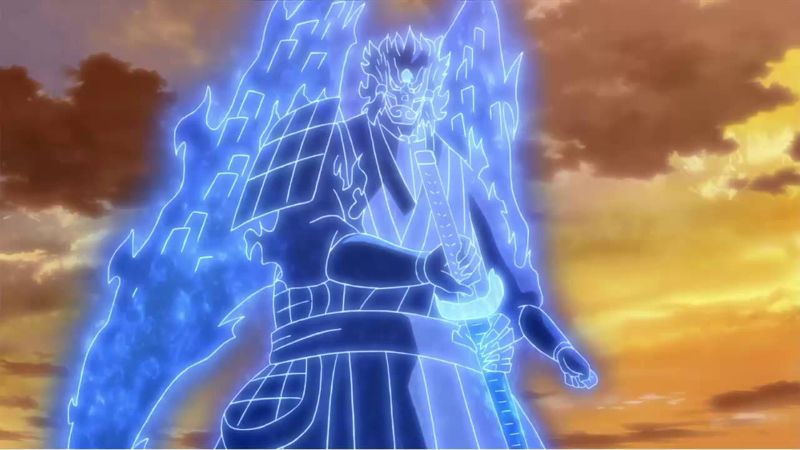 He has a blue-colored Susanoo. The sword his Susanoo uses can split a mountain easily, he also used it on a Tailed Beast. 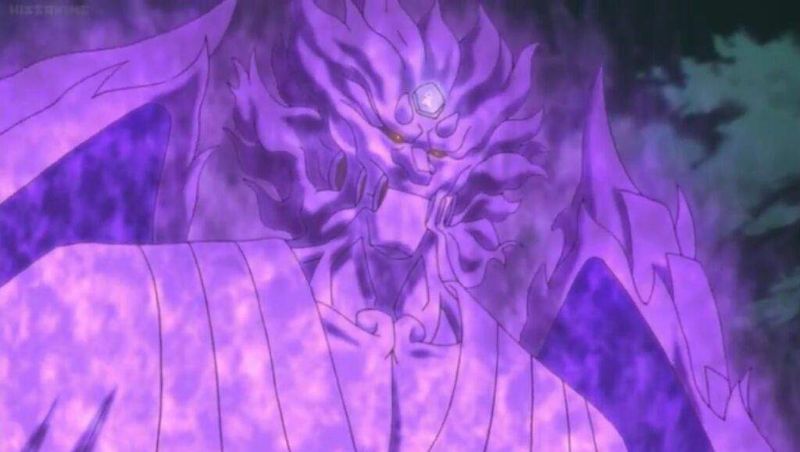 Indra Otsutsuki was the elder son of Hagoromo Otsutsuki. Indra could use a Full-Body Susanoo even though he didn’t have an Eternal Mangekyo Sharingan. 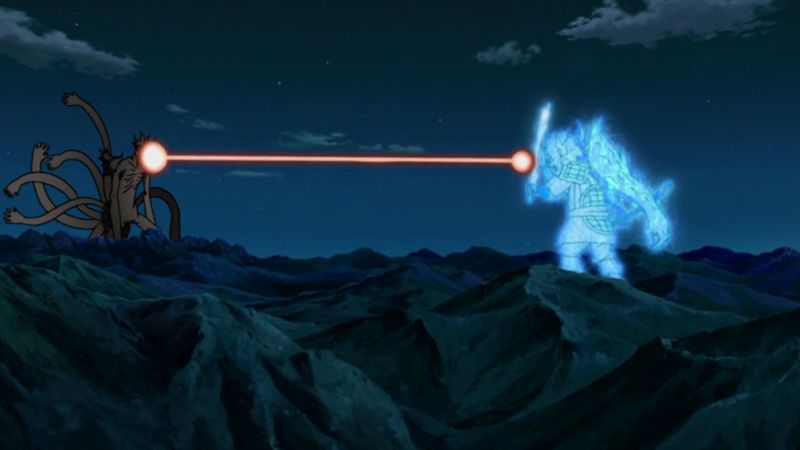 Hagoromo Otsutsuki  Full-Body Susanoo and his version of this ability was remarkably large, matching even the Ten-tails in size. 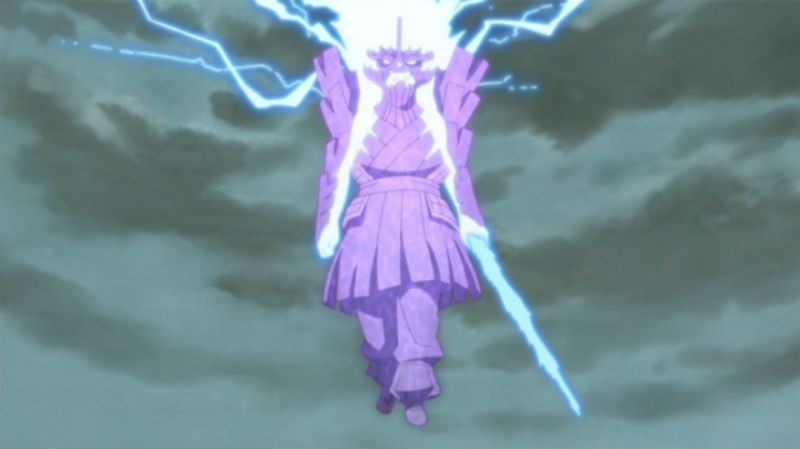 Sasuke is the strongest Susanoo user with his Ultimate Susanoo. Sasuke using the chakra of the Tailed Beasts empower his Susanoo even further, becoming the first and the only person to awaken the Ultimate Susanoo or Indra Susanoo.