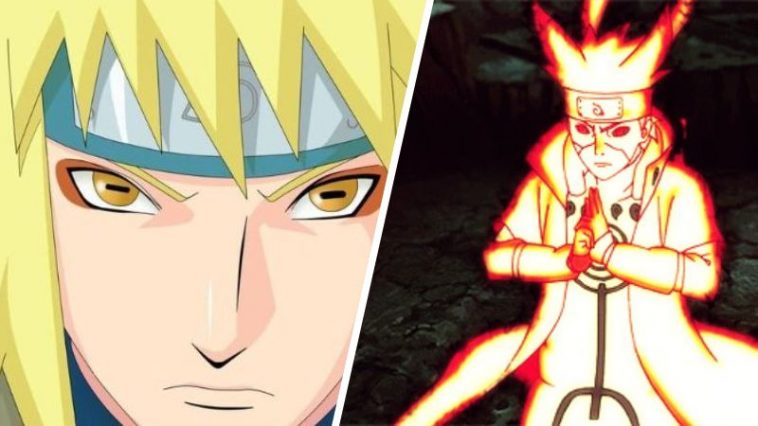 Minato Namikaze was the Fourth Hokage also known as the Yellow flash of the leaf. There isn’t much known about Naruto’s father, here are some of the facts about his that you might not know.

The word ‘Minato’ means ‘harbor’ and the word ‘Namikaze’ means ‘waves of the wind’. In other words, the name Minato Namikaze means going with the flow of wind.

You may have heard this word in other animes and wondered about, how did he come here. For example, in the 43rd episode of Boruto: Naruto next generation, Shikadai said Namikaze. If you look at the subtitle, he meant ‘going with the flow. 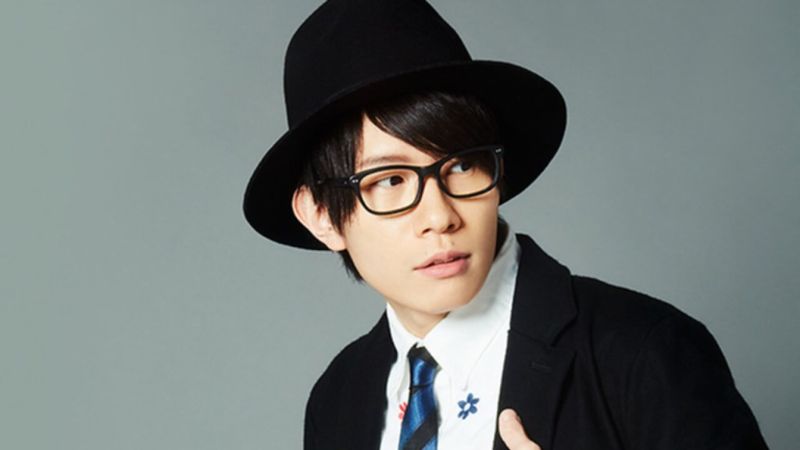 3. Minato’s hobby is to read

Minato’s hobby was reading. He read a lot of books. We can clearly see his tactical awareness, wisdom, and sharpness from the very beginning. Due to his hobby, Minato knew a lot about different other clan’s history and jutsus. Minato’s favorite books were those written by his master Jiraiya.

4. Minato met Naruto before he was born 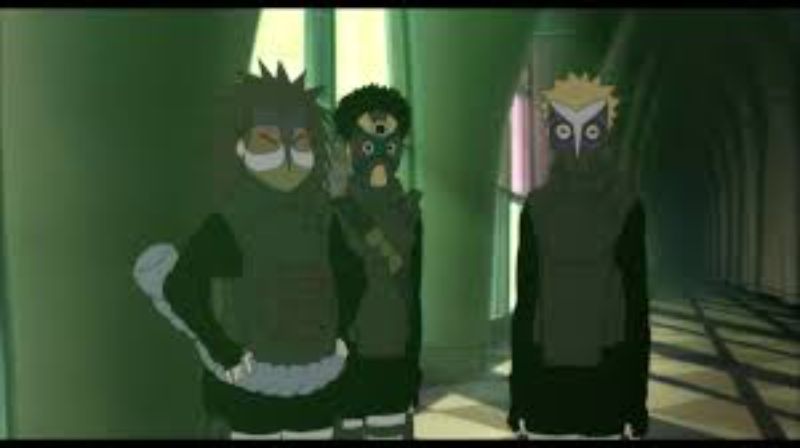 Minato met and held Naruto before Naruto’s birth? Yes, that he did.

In the movie, “The lost tower”, Naruto alongside Captain Yamato went back to the past. When Naruto got attacked and had nowhere to run, his father Minato Namikaze rescued him.

5. Minato Namikaze was a sage 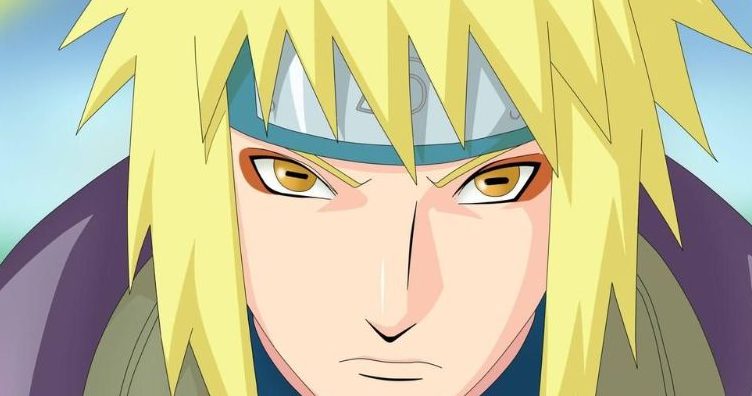 Minato was a sage too. He went to the mount myoboku with his sensei Jiraiya to master the sage jutsu. The Fourth Hokage was able to enter the sage mode in a matter of a second. Compared to Naruto (Pain arc) that sure was fast. The yellow flash could also manage to balance the natural energy perfectly.

Why did not he use it in the battle then? Well, his skill in senjutsu was limited. In addition, he admitted that senjutsu was not in his style of fighting. He prefer to strike and end a battle as quickly and efficiently as possible.

Though the fact that Minato died at a very early age, he completed 847 missions. Moreover, Minato became the Fourth Hokage at the age of 21. In that short amount of time, that was a lot of missions.

The Yellow Flash was not a fan of lots of complex jutsus. Because he found waving hand signs is time-consuming. As we all know, Minato was the fastest shinobi in the entire show. Most of the time he did not have to use any kind of ninjutsu to finish his opponent. With the help of body flicker, Minato could engage and easily catch his foe off-guard.

Minato has three types of chakra. He could use wind, like Naruto. Much as he could also use lightning as well as fire. As we mentioned earlier he did not quite like to use complex ninjutsus, we could not see him using different chakra nature.

9. Minato Namikaze was a Jinchuriki 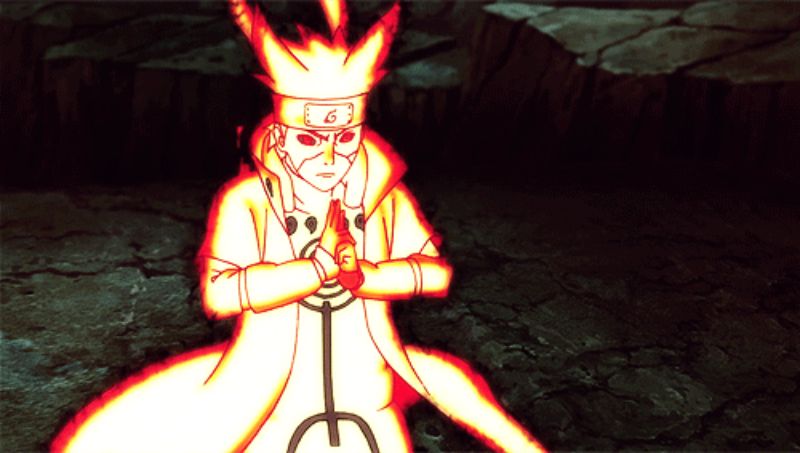 During the attack of 9-tail, he sealed the 9tailed fox inside him with the Reaper death seal. Later, when Orochimaru reanimated him, we saw him controlling the Kyubi soon after arriving at the battleground.

Kushina’s homemade food was Minato’s favorite food to it. Well, it can refer to both how good Kushina could cook and he loved his wife.

The Fourth Hokage was a sensory-type ninja himself. He could sense the enemy from miles away. As sharp as he was, he could detect enemies, engage, and defeat them before anyone could notice anything. After being reanimated by Orochimaru, Minato instantly noticed Naruto’s Chakra alongside with 9 tails.

12. Minato’s dream was to fight against Jiraiya 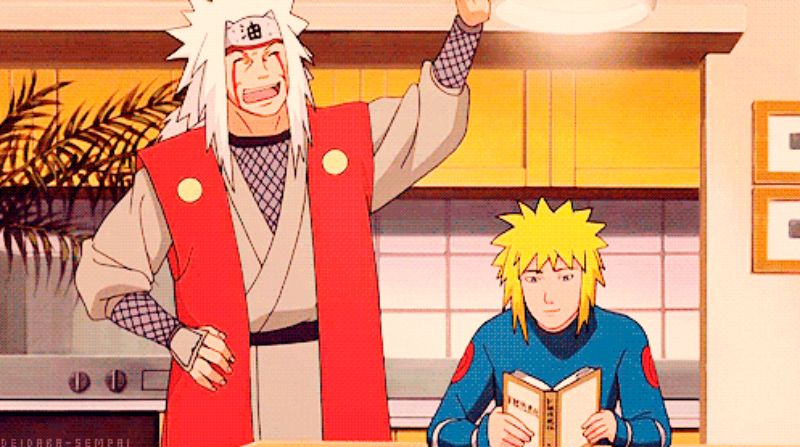 As the student, Minato wanted to fight his teacher Jiraiya. Obviously, it would not be a death battle or something. He simply admired and respected his sensei as a ninja.

“Shadow of the fire illuminates the village” was Minato’s favorite phrase. As we all know, Kage meaning the Shadow and Hidden leaf was the land of fire. Therefore, as you can relate, it means the Hokage enlightens the leaf village with his light.

14. Minato has the highest score in Chunin exam

Minato Namikaze had the highest score that is yet to be broken. He was one of the finest shinobi that hidden leaf ever produced. The Yellow Flash was a gifted ninja and acknowledged by all as he made a record score in the chunin exam.

The other village leaders ordered their ninjas to retreat the moment they encounter the yellow flash of the leaf. This tells a lot about how fearsome he was to the enemies.

Minato was feared by each and every shinobi of the other villages. It was stated that “He who once crossed path by the Yellow Flash could never accomplish the mission he was on. It also refers to 100% mission accuracy.

Minato Killed 1000 hidden stone shinobi in the third great ninja war. By slaughtering the 1000 ninjas Minato Namikaze single-handedly ended the war. In the 349 episodes of Naruto Shippuden, the Tsuchikage said they sent 1000 of their ninjas to attack. It took only one of the hidden leaf ninjas to stop them.

Yes, it was the yellow flash of the leaf. Later he was elected as the fourth Hokage.

17. Minato could erase the memory

In the movie The Lost Tower, we saw he could erase others’ memory by using some kind of jutsu. In the movie, Minato used that jutsu to erase his team members and Naruto and Yamato’s memory.

18. Minato was proud to be the Hokage

Before becoming the Fourth Hokage, Minato addressed himself as ‘Watashi’ in Japanese. But, after becoming Hokage, he started using ‘Ore’ instead of ‘Watashi’. As we know, Watashi and Ore both mean ‘me’ or ‘I’. But, Japanese people use Ore to express a proud feeling.

19. Minato could move his jutsu marker

Minato used the Flying Rijin Jutsu also known as Flying Thunder God Technique to teleport. Though it was a jutsu invented by Tobirama, the Second Hokage, Minato developed it quite a bit.

For example, Minato could move his marker at his own will. This skill gave him a lot of edge in the battleground and he used them well to exploit the enemy, not to mention.