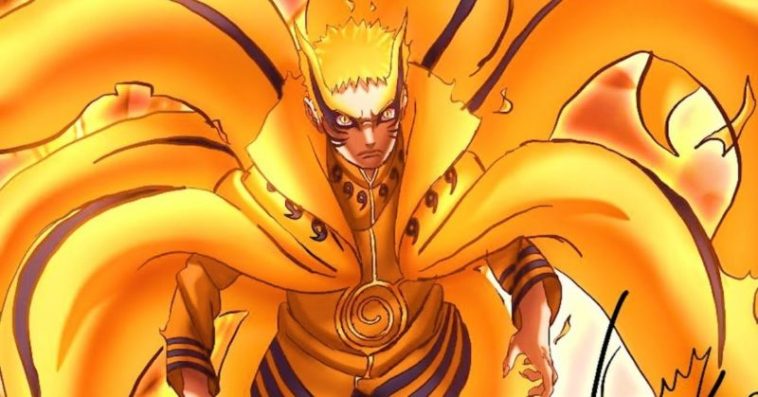 Chapter 52 of the Boruto next Generation manga focusing on Naruto’s brand new Baryon Mode. Which is one of the most powerful modes of Naruto to date.

In the current story arc of the Boruo manga we see Naruto, Sasuke, and Buruto go up against Isshiki Otsutsuki their toughest foe yet, stronger than even Kaguya with the ten tails, he is destroying all three of them and he intends to use Boruto who’s basically a pre-awakened Ōtsutsuki as a sacrifice to grow another divine tree and harvest its fruit.

If the fight goes on like this all of them will die, Kurama realized this and explain Baryon Mode to Naruto, and how it might end up in the death of Naruto.

Naruto is prepared to give his life which prompts Kurama to explain baryon mode further, now this new transformation is shown to be leagues above the Kurama chakra mode(KCM) and the six path sage mode.

Unlike the previous two Baryon Mode doesn’t draw any chakra from the surrounding area but it directly uses up the user’s chakra. Kurama explains it to be similar to nuclear fusion using both Naruto and Kurama’s chakra to create completely new and more powerful energy.

Baryon Mode looks similar to the sage of six path form but with more of Kurama’s features blended in, as a cloak of actual Nine tails.

Kurama explaining to Naruto the difference between the other forms and this one he says this is a totally different beast, this power is immense and in fact, this mode gives naruto immense abilities as he’s able to match and even surpass Isshiki in speed and strength to the point that even Sasuke could barely follow them with his Sharingan, he even has enough power to hold up Isshiki’s energy cubes with his cloak tails these abilities.

Though come with a cost as barian mode rapidly drains both Jinchuriki and their tail beast of their life essence until one of them runs out and dies, this life essence drain extends to anything the user touches in this form. 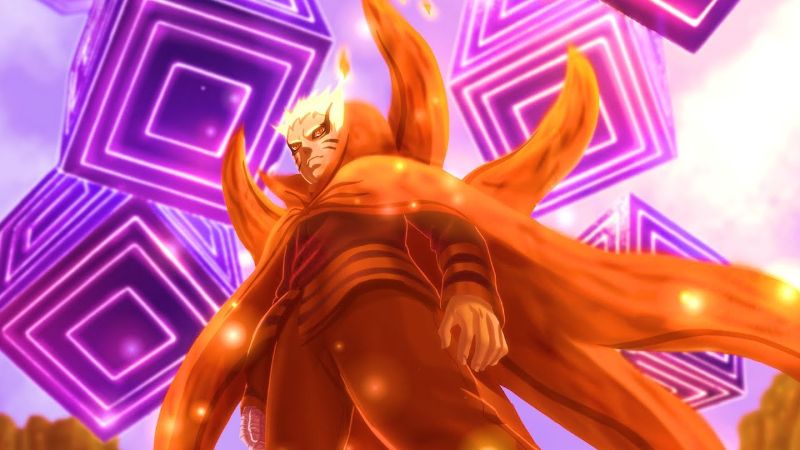 Unfortunately, baryon mode begins to weaken which emphasizes just how costly the ability is.

Let’s find out more about What is the Baryon Mode? And how strong is the transformation mode that may lead to Naruto’s death?

What does Baryon mode do?

Baryon mode is the final form of Naruto and the most powerful one which makes his strongest being in Narutoverse. This power uses all of Naruto and Kurama’s chakra as raw materials and gives him access to greater energy, making him extremely powerful in the process.

Baryon mode rapidly drains both Jinchuriki and their tail beast of their life essence until one of them runs out and dies this life essence drain extends to anything the user touches in this form. With these powers, Naruto drained the life essence of Isshiki which was about twenty hours to just ten minutes.

Naruto in his Baryon Mode is undoubtedly stronger than Kaguya Otsusuki. As Isshiki above Momoshiki, who is also above Kaguya, Kaguya being above Madara. Naruto gets baryon mode and defeats Isshiki with low difficulty for a couple of minutes. This makes Naruto the strongest being in the verse at the moment.

Kurama suggests using Baryon Mode because Knowing that Isshiki only has 20 hours left to live, Naruto has a bigger chance to live than Isshiki. Since Baryon Mode Shorten the Enemy’s Age it was a wise decision of Kurama to use Baryon Mode.

If Kurama told Naruto to use Baryon Mode when they were fighting Madara or Kaguya, then Naruto will be the first to die since their opponent has a longer lifespan.