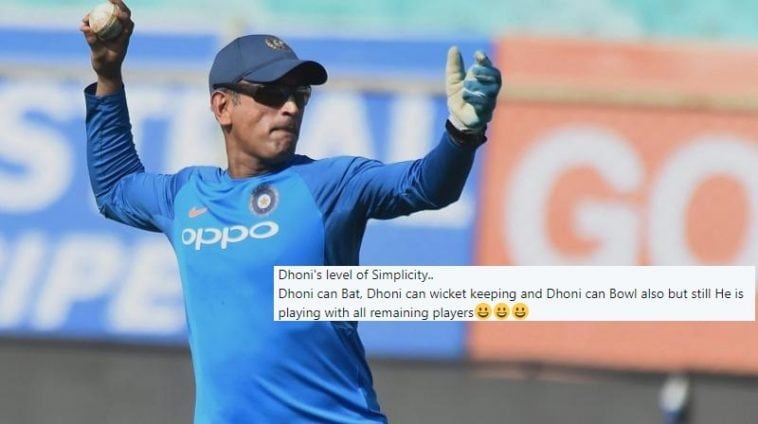 Twitter always bring something new for you as it never lacks trendy and interesting topics. The recent topic by which the microblogging site is abuzz is the “simplicity of MS Dhoni”.

Caption Cool MS Dhoni made everyone talk recently with his stunning batting, wicket keeping and captaincy at IPL 2018. He clearly was a rock star and lead the team towards victory. He was one of the major contributors in making the team CSK champions.

However, IPL is now over and people are tired of talking about MS Dhoni’s breathtaking skills. Now they are talking about the simplicity and humble nature of MS Dhoni and of course with a pinch of sarcasm and humor.

Dhoni is one of the most richest cricketer in the world. He can buy whole oil well of Dubai’s but he still bathing in water
Simplicity level: 9999999 pic.twitter.com/XtlLiBkMQe

Ms Dhoni can afford a king size bed, then too zameen par Sora hai.
Bhai is so down to earth !
Simplicity level :99999999 pic.twitter.com/VoveJqgIIX

MS Dhoni is so rich that he can buy any helicopter in the world.
Still he chooses to play Helicopter Shot

He is taking selfie…he could hire a servent to take his picture….
simplicity level -Dhoni pic.twitter.com/fxcbfxyiaP

Dhoni is so rich he can wear new clothes everyday but he still wears only this all the time.
Dhoni Simplicity – Level 99999 pic.twitter.com/kI92oU4sr5

MS Dhoni could’ve easily finished off in style with a six on his debut but he intentionally run himself out.

We have no doubt that Dhoni is seriously very humble and down to earth person but these tweets are hilarious to the next level. Even Dhoni will have a major laugh after checking them. Don’t you think so?

Let’s look at some other meme sharing around facebook 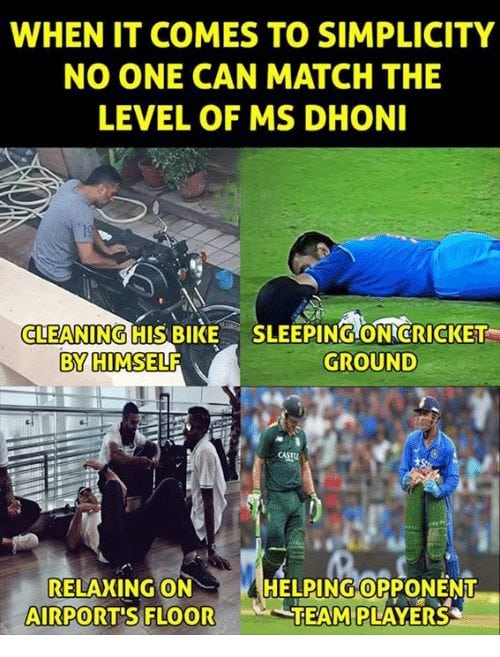 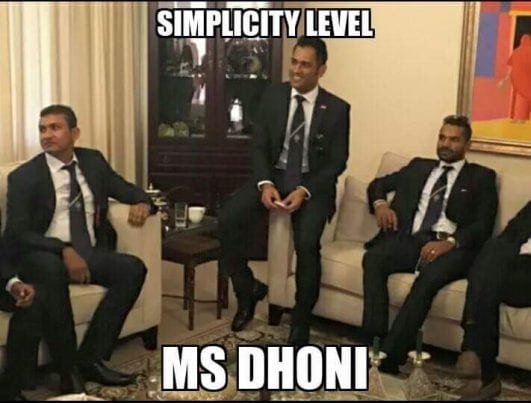