Bruce Lee was a famous martial artist, movie star and cultural icon but his philosophy has caught fire around the world with a new generation seeking meaning and consciousness. He continues to teach us how to cultivate our truest selves and be in harmony with the world.

Here are the Facts And Unknown Things About Bruce Lee 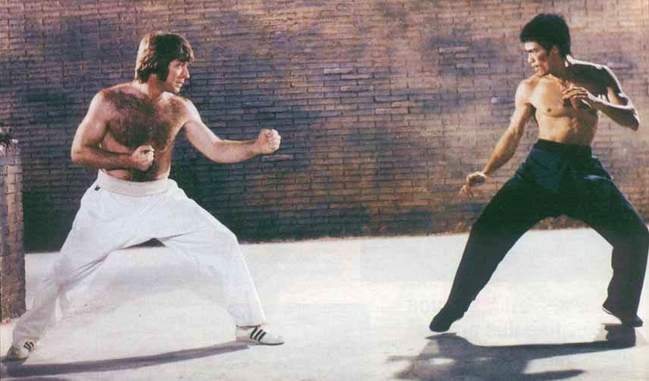 #3: Bruce Lee used to puncture cans with his fingers. Yep, back in the days when cans weren’t soft aluminium, Bruce used to bust them open with fingers strikes.

He cut himself performing this on the set of the Big Boss though, so keep an eye out for the bandaids on his fingers during the movie!

#4: Bruce beat up Jackie Chan in Enter the Dragon! Well, in a scene – he grabs him by the hair and snaps his neck.  Jackie also did stunts in some of Bruce’s other movies, including a fall for the villain in Fist of Fury’s final fight.

#5: Bruce was the inspiration behind a lot of big Video Game characters, such as Liu Kang from Mortal Kombat, Law from Tekken and Fei Long from Street Fighter II.

#6: Bruce personally trained a number of celebrities, including:

#7: Bruce Lee chewed Cannabis. As a matter of fact the Cannabis was Nepal Hashish, which is an extremely strong form of Cannabis.

This is a cause of some controversy over his death, many pointing the finger at his Cannabis use. Bruce was a self-admitted Cannabis user and chewed the stuff for more than 10 years but changed suppliers recently before he died.

#8: Bruce was also was reported as having Epilepsy when he was a small child. 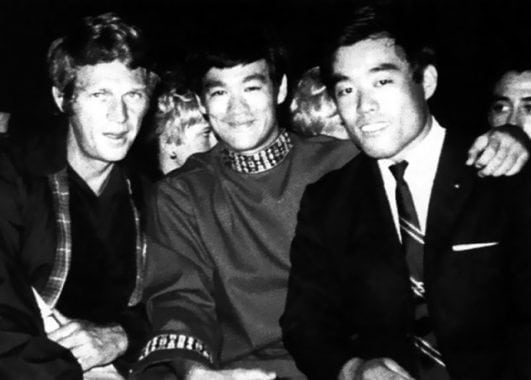 #10: Bruce failed a basic military physical in 1963 held by the US Army Draft Board. This was due to his poor eyesight – he managed to evade being shipped off to Vietnam because of that!

#11: After his fame, Bruce was constantly challenged – just tap your foot three times! Bruce was seen as unbeatable, so in natural human screwed up logic, every fighter thought they’d try to prove themselves against him.

What a bunch of losers! Both in character in competition with him – he never lost a challenge match, however…

#12: Bruce Lee used to carry a .367 Magnum. When people everywhere want to fight you to prove themselves, you fear for your safety. Anyone with half a brain would be cautious, so Bruce carried a gun. Jesse Glover confirms that he was a crack shot!

#15: Bruce lead a gang as a teenager known as “The Tigers of Junction Street”.  As a matter of fact, he was very keen to start martial arts at this time after the thought occurred to him: what would he do if his gang wasn’t around to protect him?

#17: Bruce quotes his father as his first martial arts instructor, teaching him a bit of Tai Chi when he was growing up.

#18: Bruce’s death is still considered mysterious. There are countless theories from the Cannabis use above (as suspected by some of his doctors), a triad hit or poisoning from Triads, some believe Raymond Chow wanted him dead. To this day it’s all still debated among fans, friends and family alike.

#19: Bruce learned Judo and Grappling from Judo Legend Gene Lebell. Bruce worked with Gene on the Green Hornet and the two shared some antics.  Including Gene picking up Bruce and throwing him over his shoulder, walking him around the set.

#20: The Green Hornet, although cancelled in the US, was known as the Kato show in Hong Kong! Bruce’s Hong Kong brothers and sisters knew who the real star was!  Not surprisingly, this helped him get his role in The Big Boss.