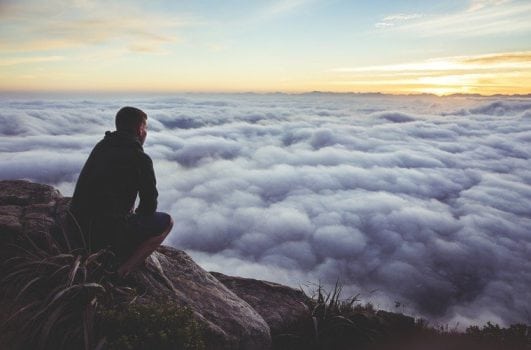 If you are unfamiliar with Reddit, it is an online social media community where users vote on content. Some Reddit users submit links to online content and vote on which links are important. In my opinion, one of the greatest aspects of Reddit is the AskReddit.

It is essentially a forum where a member of Reddit can post a question and the entire community can join in and give their opinion on the matter.

Some are interesting, some are funny, and some are incredibly inspiring, like the one that you are going to read about in this article.

Some Redditors were asked “What is something someone said that forever changed your way of thinking?” Here are some of the top answers.

#5. “You know you’re an adult when you can be right without proving the other person wrong.” 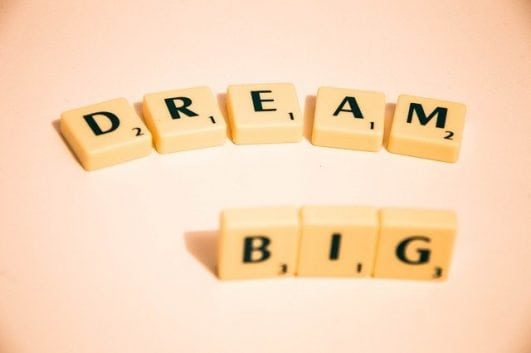 #7. My mom was dying. A friend told me “you have your whole life to freak out about this– don’t do it in front of her. ”

#8. I was 13 years old, trying to teach my 6 year old sister how to dive into a swimming pool from the side of the pool. We were at a big, public pool, and nearby there was a woman, about 75 years old, slowly swimming laps. Finally she swam over to us just when I was really putting the pressure on, trying to get my sister to try the dive, and my sister was shouting, “but I’m afraid!! I’m so afraid!!” The old woman looked at my sister, raised her fist defiantly in the air and said, “So be afraid! And then do it anyway!”

#9. “You are not required to set yourself on fire to keep other people warm”.

#10. I was sitting in a bus once, and we came to the railroad tracks. There were some cars sitting inbetween us and the next red light, so if a train came, we’d be stuck until it had passed. That was always a couple of annoying minutes.

Then the light turned green, and the bus went across the train tracks without having to wait for a train. Pheew, crisis averted. Then, behind me, a mother said to her small child:

“That was too bad, we didn’t get to see the train today.”

That was the perfect way to frame that. Why not enjoy what you get?

#12. I’m the oldest of three kids. I’m older than my little brother by 2.5 years and my little sister by 9.5. When I was about fourteen or so, arguing with my dad in private about something I don’t remember, he, being the second-oldest of eight kids, told me:

That kinda shook me up and made me rethink my role as the oldest child; I started taking my responsibilities as the role model a lot more seriously after that.

#13. “Isn’t it funny how day by day nothing changes but, when we look back everything is different…” – C.S Lewis

#14. “I learned to give… not because I have too much. But because I know how it feels to have nothing.”

#15. My old boss, the CEO of a small hospital, told me a story from back when he was a lab technician (for simplicity, let’s call him Dan). Dan had forgotten to check some sort of mechanism on a piece of equipment he used, it malfunctioned and broke the equipment which ended up having around a $250,000 repair bill. The next day Dan’s boss called him in to talk about it, and he was sure he was going to be fired. His boss asked him why he didn’t do a proper check, made sure he understood what happened and sent him back to work. Dan asked him “Am I not getting fired? I was almost sure that’s what this was about.” His boss said “No way, I just spent $250,000 teaching you a lesson you’ll never forget. Why would I fire you now?”

It seems silly, but that attitude always resonated with me. Don’t make professional decisions based on emotional responses. Always know what your goal is when dealing with someone, and what exact problem you are trying to solve. Everyone makes mistakes, and yelling at them just makes them resent you and become defensive. Being calm and understanding will make people look up to you.

#16. “If you’re scared of doing it because you’re afraid that people will judge you, trust me they won’t even remember it after a year.”

#18. I was having a bad day one time and being all “Why me?” when a coworker said “Why not you?”. I had never thought about it before, but it was a good point. So I shut up and got over it.

#19. “There’s no point trying to track down your SO when they go out, or even asking them not to go, just because you’re afraid of being cheated on. If they want to cheat on you, they will. They will miss a day of work, or lie about visiting their parents, or even fake a medical appointment. There’s nothing you can do about that. The only thing you can do, is being a loving, caring person. This is the most effective way of obtaining someones love and trust.”

#20. “The person that you will spend the most time with in your life is yourself, so try to make yourself as interesting as possible. ”

#21. “We judge others by their actions and ourselves on our intentions.” Really made me think about people and I try telling myself that when the fucking idiot in front on me doesn’t indicate when merging.

#22. When I was 38 I contemplated beginning a two year Associates Degree in Radiography. I was talking to a friend and had almost talked myself out of doing it. I said “I’m too old to start that. I’ll be 40 when I get my degree.” My friend said “If you don’t do it, you’ll still be 40, but without the degree.” I’m nearly 60 now, and that degree has been the difference between making a decent living, and struggling to get by.

#24. “Education is expensive, but no education is more expensive”. Definitely took school more seriously after someone said that to me.

#25. “Everyone you meet knows something you don’t.” My grandfather told me this, and it’s been a good reminder that I am surrounded by teachers.