Are you a true Naruto fan? How many of these facts about Jiraiya do you know? We are quite sure a lot of you guys may never have heard of these little facts. And of course, a lot of you are quite fond of Pervy Sage, like me. For them, it won’t be even a challenge. 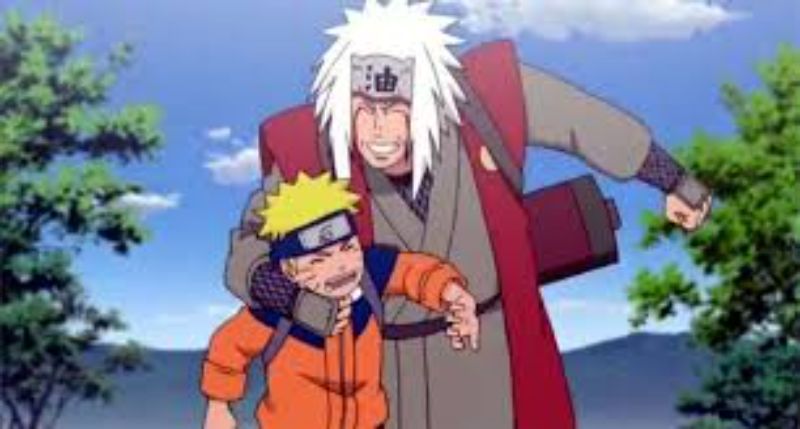 Jiraiya wanted to fight grown-up Naruto. As the pervy-sage died before Naruto grew up in a fierce battle against pain, we never saw that happen.

2. He didn’t want to become Hokage because he couldn’t save Orochimaru

Orochimaru was Jiraiya’s friend or comrade. Jiraiya tried his best to bring him back before Orochimaru turned his back on Konoha. But, as Orochimaru chose a different path, Jiraiya failed to stop him.

3. His 3 students were the child of prophecy

4. The origin of Jiraiya

Well, not only Jiraiya, the author Kishimoto took the reference of all three Sannin from old folklore of the Edo Period. It was known as Tale of the Gallant Jiraiya. This folklore was first published in 1839 and continued to 1868. It became so popular that four different authors completed 43 illustrated novels in those 29 years.

Kishimoto, the author of Naruto said his favorite Character was Jiraiya, aside from Naruto. Well, no wonder about that. The author put a lot of philosophical depth and development in the characteristic of tode sage

6. Jiraiya was the strongest Sannin

There is a misconception among the fan that Orochimaru is the strongest among the Sannin. Actually, that is not true.
One of the reasons is that Orochimaru isn’t a sage himself. And in the Naruto series, we saw countless times that Nature energy is superior to many fierce techniques including visual prowess.

7. Jiraiya believed Nagato was the reincarnation of the SSP

While talking to him, Jiraiya said that he believed Nagato is the reincarnation of the Sage of the Six Paths. He also believed that Nagato would bring great changes to the world.

After defeating his former teacher Pain stated that if Jiraiya knew Pain’s secret he could’ve defeated him. And not to mention he had some serious handicaps there. Not knowing the enemy’s identity and the number is surely one of them.

9. He trained 2 Hokage and refused to be a Hokage himself

However, Jiraiya refused to be the Hokage several times. Even after the death of the 3rd Hokage, the village elders offered him the position. But, he refused that position and suggested Tsunade instead.

10. Jiraiya was the 2nd person to train in Mount Myoboku

Accidentally or not, he went to Mount Myoboku and trained to become a sage. Before him, only the Sage of the Six Paths Hagoromo went there to train there.