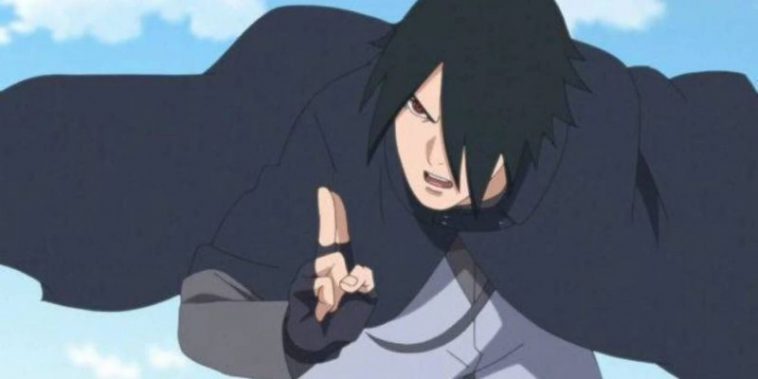 Well, no. Sasuke didn’t get his arm back in the Naruto Shippuden series or later in the Boruto movie or the Boruto: Naruto Next Generation. He had the option to have. But for some reason, he decided to not take the option.

How Did Sasuke lose his arm?

Sasuke lost his left arm in a battle against Naruto, which is known as the final battle. After defeating and sealing Kaguya Otsutsuki and Madara Uchiha (well, technically they didn’t defeat him), the two friends fought for the last time. They fought with their own ideal to save and destroy each other. Well, Naruto wanted to save his friend Sasuke, while Sasuke was trying to kill Naruto-his rival and only friend.

At the very last of the fight, they both used their remaining energy to cast their Jutsu, Rasengan, and Chidori. When both attacks collide with each other, they both lost one of their arms.

Did Naruto lose his arm too?

Yes, Naruto too lost one of his arms like Sasuke in the final battle. Naruto lost his right arm in that fight. Because he was using his right hand to cast Rasengan. As the Rasengan collided with Chidori, there caused a big explosion and they both lost their arms in it.

In which episode did Sasuke and Naruto lose their arms?

Why don’t Sasuke have a prosthetic arm?

Would Sasuke be stronger if he had both arms?

Yes, of course, if Sasuke had not lost his arm, he would be much stronger. But, he decided to not get an artificial arm. So, in a sense, Sasuke is a lot weaker with one arm only. On the other hand, as time passed, he has much more experience than before. He is more adept with his 6 Tomoe Rinnegan and Eternal Mangekyo Sharingan. Therefore, he is obviously stronger than who he was in the 4th Great Ninja War.

Does Sasuke have only one arm in Boruto?

In the Boruto: Naruto Next Generation series, which is a sequel of Naruto Shippuden, Sasuke has only one arm. Sasuke became Boruto’s Master, he was mentoring Boruto. Boruto learned Kunai and Shuriken techniques from one arm Sasuke.