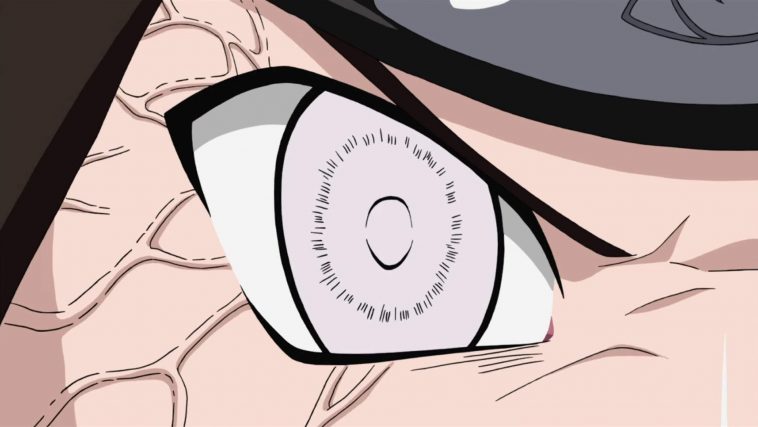 Byakugan is the Kekkei Genkai of the Hyuga and Otsutsuki clan. Its literal meaning is White Eye. And it is one of the three great dojutsus, others being Sharingan and Rinnegan.

It is white in color with no pupils when not active. While active, the pupils become more distinct, and the veins near their temples bulge.

Every member of the Hyuga and Otsosuki clan is born with a Byakugan. And pretty much every member can activate Byakugan, it is not necessary that they can also master it.

But using it for long periods of time can put a lot of strain on the user and can temporarily interfere with the user’s sight.

Like all dojutsu the origin of the Byakugan eye comes from Kaguya Otsutsuki unlike the two of the other ‘three great dojutsu’ the Byakugan doesn’t come from the Kekkeimora the Rinne Sharingan.

What can Byakugan do? 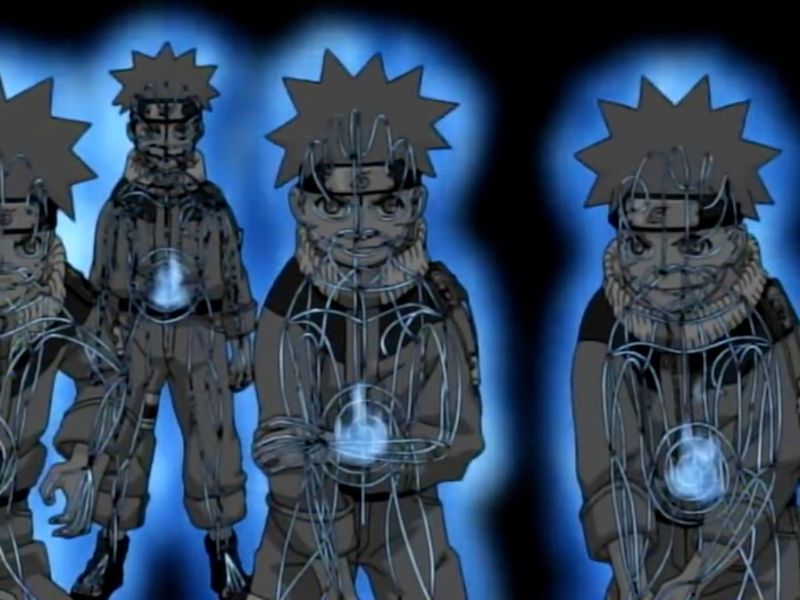 A Byakugan user is pretty much by default a sensory specialist with their telescopic vision that’s capable of seeing for hundreds of meters through barriers and in a near 360-degree area around them, the Byakugan can also see the chakra pathways and chakra signatures.

These abilities can all be increased through training especially the distance the Byakugan is able to see at Neji was able to increase his Byakugan’s ability to see from 50 meters all the way up to 800.

Since part 1 of naruto that beats his previous distance 16 fold and it doesn’t come close to the distance adult Hinata was able to see at which is 20 kilometers.

Apparently, the Byakugan’s binocular vision can be combined with the Yamanaka clan’s special ninjutsu ability creating a long-range mine transfer Jutsu which was used on Obito basically saving the war from the ten tails.

The world when looking through the eyes of a Byakugan seems a lot more colorful when compared to the sharingan the sharingan can see objects and people outlined with chakra but the byakugan can see the flow of chakra itself.

Byakugan can detect is nature energy since that type of chakra is only visible to sages like naruto sensory abilities are super amazing and all but when it comes to fighting against someone who can possibly have greater fighting abilities.

The Byakugan gives the user a near 360º diameter field of vision, with one blind spot at the back of the neck.

Byakugan enables its users the following :

The greatest ability of the Byakugan is to see chakra and its flow, even better than Sharingan. It can identify people with their chakra and see-through genjutsu.

Due to this ability, the Hyugas developed a unique fighting style, Gentle Fist. They strike the chakra spots of their opponents to either seal it or open it disallowing the enemy to their chakra.

If the user is powerful enough then they can also use genjutsu, as seen by Kaguya Otsosuki who used it on Hamura Otsutsuki. And can also emit powerful chakra pulses to subdue an opponent. 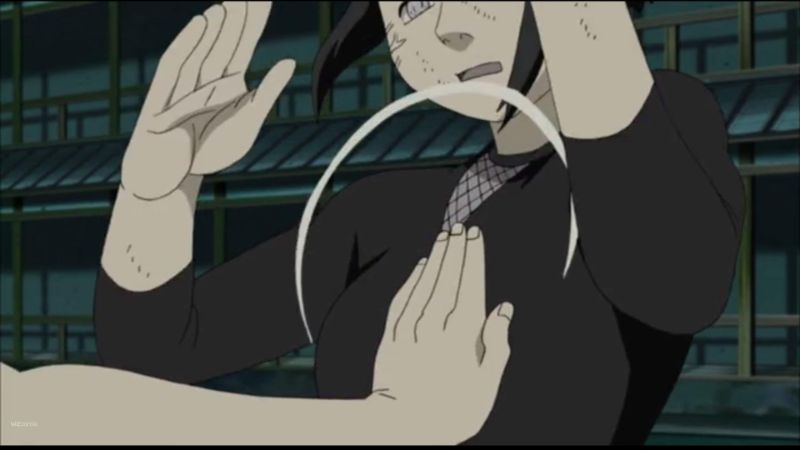 Shutting down the chakra pathway system is one of the powerful techniques of the huge clan.

It works on very close range and relies on high taijutsu and speed stats in order for the user to be a formidable offensive and defensive combat specialist.

Gentle fist ability almost requires its user to be able to see the chakra points of others which is why gentle fist can be considered as if it’s a byakugan ability.

The Byakugan combined with the gentle fist puts members of the Hyuga family in a position where blocking the chakra systems of others is the main strategy for every fight.

The long-lasting physical damage of blocked chakra points severely weakens everyone without exception except for it’s like the eight gates but instead of increasing the flow of chakra in the chakra system.

This technique takes the flow away, is the most elementary skill of the gentle fist is called tenketsu. 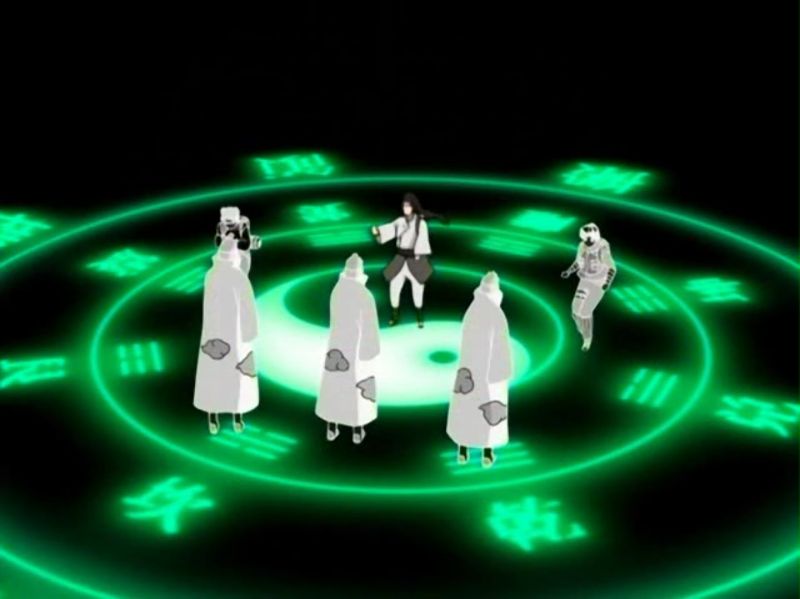 Most Byakugan users can take out more than just one chakra point in a very short period of time damaging up to 128 chakra points in rapid succession known as the eight trigrams palm striking technique it doesn’t even scratch the surface of the level.

Byakugan users are capable of taking the gentle fist to perfection to witch it can expel chakra out of their entire chakra pathway system.

Neji being a genius he figured out that if he used that technique while spinning he can recreate the palm of revolving heaven he was kept from being taught this technique since he was a servant to the main house.

Who has the strongest Byakugan?

Kaguya Otsutsuki has the strongest Byakugan. Her eyes with quite special and she used them incredibly well in conjunction with her other abilities. She also use genjutsu, on her son Hamura Otsosuki with her Byakugan.

Is the Byakugan stronger than the Sharingan?

Byakugan is stronger as support while Sharingan is stronger in combat. Their jutsu compared to Uchiha are inferior, Sharingan abilities like Izanagi and Izanami work well with their dojutsu.

But the Hyuga only limit themselves to taijutsu and are considered to be the best in it. 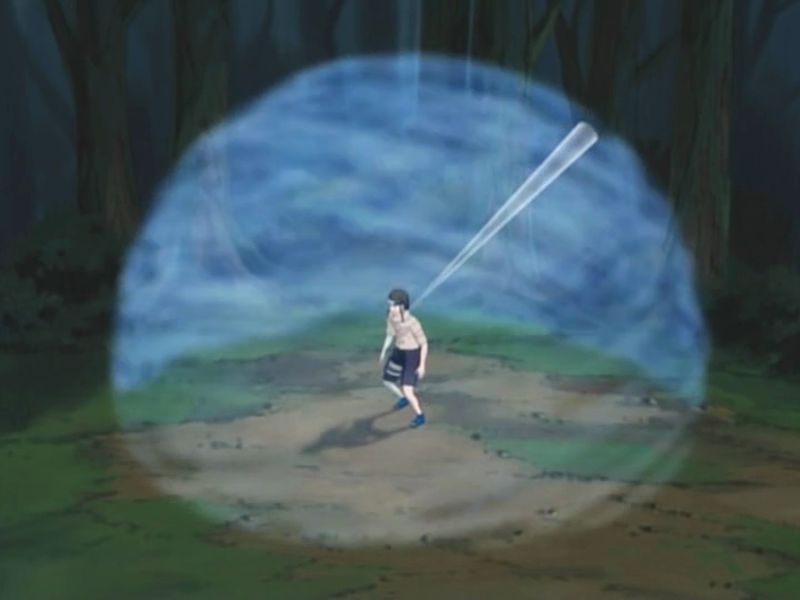 No, Byakugan gives the user ability to see near 360º field of vision, except for one blind spot at the back of the neck above the third thoracic vertebra.

Who was the strongest Hyuga?

Neji Hyuga was the strongest Byakugan user. As the clan’s genius, he was easily able to defeat the Hyuga head, Hinata Hyuga in battle.

He was skillfully able to learn Hyuga rotation and 64 palms at a very young age. For now, Hanabi Hyuga is the strongest and she is the head of the Hyuga clan in Boruto.