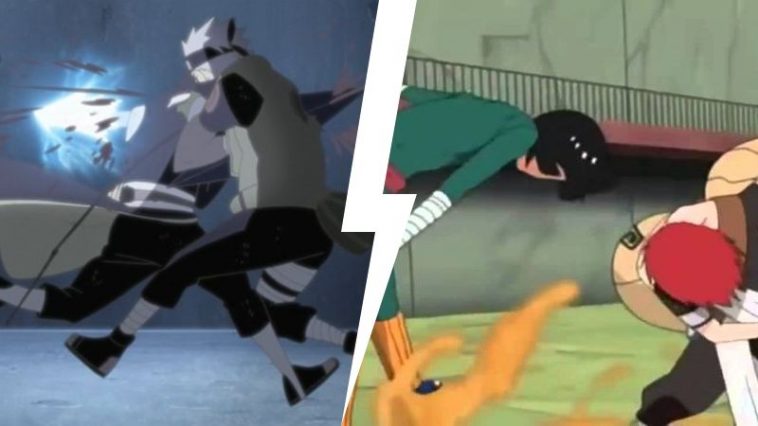 Which fight you think is the best Naruto Fight in Naruto and Naruto Shippuden? Jiraiya vs Pain or Minato vs Obito?

This list of best fights in the Naruto series based on animation, fighting style, and our personal preference of the characters. Let’s find out 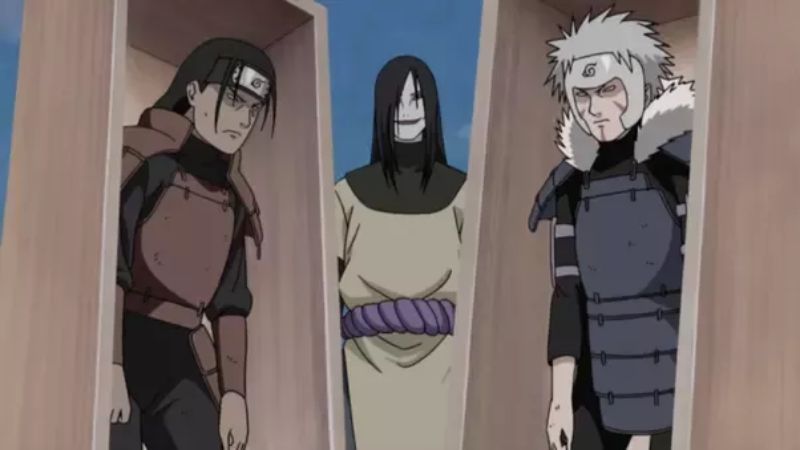 In the Chunin exam arc, Orochimaru attacked the Hidden Leaf Village & tried to destroy it. He summoned the 1st and the 2nd Hokage by reanimation Jutsu. Though they were reanimated and nowhere near had their full strength, we saw a 3 vs. 1 battle there. Orochimaru controlled the 1st two Hokage and battled alongside them against the 3rd Hokage Hiruzen Sarutobi. As much as it was a teacher-student reunion, it was a deadly battle too.

This was a long-predicted fight of the series. Sasuke’s whole motive to become powerful was to kill his elder brother. Their battle was drawn with quite a mastery. Though it was clear as daylight that Itachi didn’t want to kill his little brother, it was a hard battle to fight. Itachi sealed Orochimaru using Totsuka Blade out of Sasuke. However, he couldn’t evade the blow from Kirin, Sasuke’s unique Jutsu even with the Susanoo. 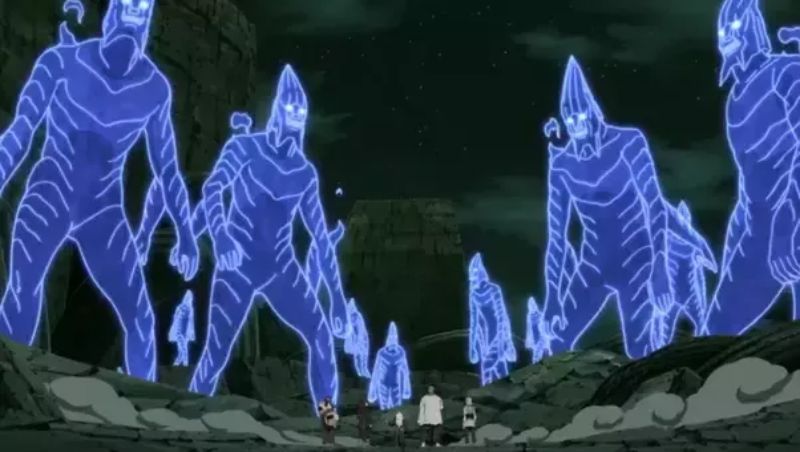 If Madara didn’t have Hashirama’s cell, things could have been different. But in the anime with all their might the 5 Kage couldn’t hold Madara Uchiha. As Madara was reanimated and had Hashirama’s cell, he was overpowered, to begin with. Though the 5 Kage were no joke, Madara defeated them using the wood-style deep forest emergence. On the other hand, if they were to fight the real Madara, the outcome could go either way. 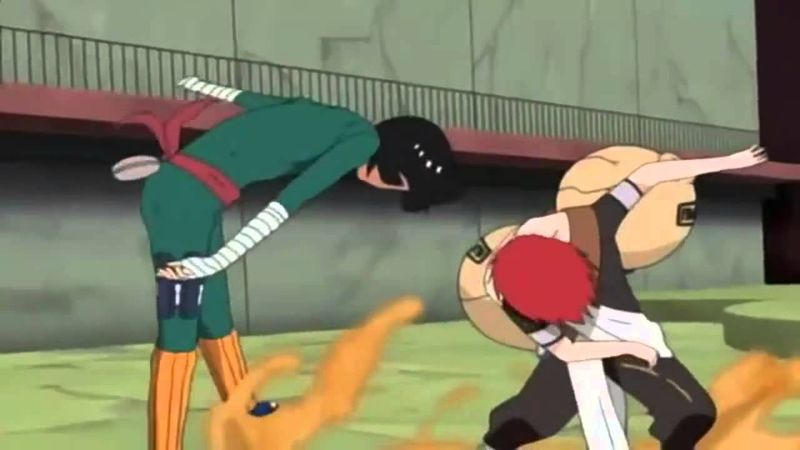 Rock Lee vs Gaara is the best fight in the Naruto (2002) series hands down. Lee could only use Taijutsu and had no Ninjutsu or Genjutsu whatsoever. But, Lee turned his weakness into his specialty. Through training nights and days, Lee became a Taijutsu specialist. So, when he had to face Gaara in the Chunin exam he kicked some serious ass. Though, as a Jinchuriki Gaara was undeniably favorite in that fight but, he almost lost to Lee. 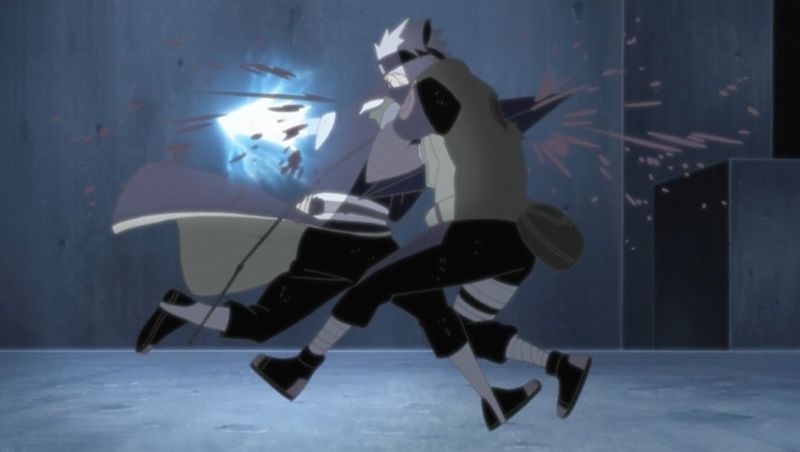 This fight is one of the best fights you will see in the entire series. The emotional nostalgic moments were coming back and forth which is animated beautifully. The entire fight took place in Obito’s pocket dimension thanks to his Sharingan. As we all know, Obito was overpowered mainly because of his space-time ninjutsu- Kamui. But, in this fight, he went on a straight fight without that space-time ninjutsu. And of course, as genius as Kakashi is we knew very well Kakashi was not going to lose.

Those lightning clone moves were really impressive that Kakashi used to catch Obito off-guard. And after that, he finished Obito with his Raikiri with a kunai. Though it wasn’t enough to kill him.

Actually, the fight didn’t only include Guy sensei and Madara. It was more like Might Guy, Rock Lee, Minato, Kakashi, Gaara vs Rikudou Sennin Madara.

Rikudou Sennin Madara was just standing there waiting for any real challenge to face. So, when Guy sensei starting to battle him opening his eight inner gates, Madara accepted the challenge. As the Hirudora did nothing, Guy sensei had to open the Eighth Gate-Gate of Death. Even then, he had to have help from Minato, Kakashi, Lee, and Gaara.

As intense a fight as it was, no wonder Might Guy vs Madara one of the best fights in the series to many other critic’s lists. 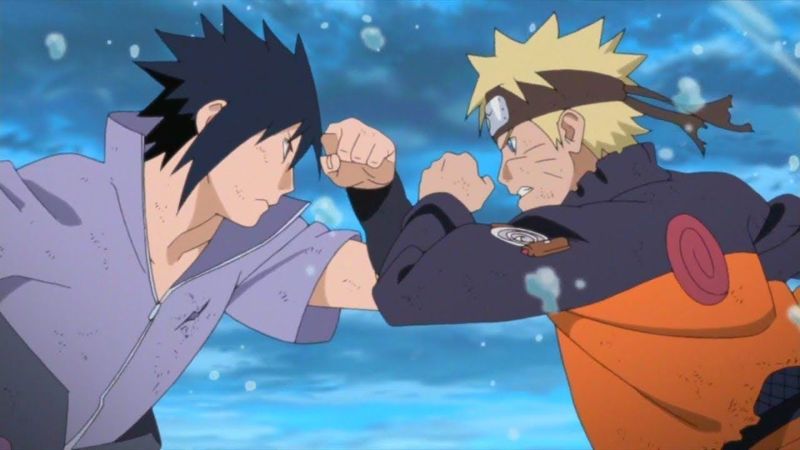 The choreography of this fight is really well done. Yes, we are talking about the final fight between Naruto and Sasuke. Not all those fights took place before.

The final fight might seem to be pointless to many of us, but it was anticipated. Come on, you know it coming. But, the fight was choreographed beautifully. Those Taijutsu, hand to hand combats are animated brilliantly.

The Tode Sage of Mount Myoboku vs Pain. It was certainly the most emotional fight in the entire series. We all know, Jiraiya could retreat anytime he wanted. But rather than retreating, he continued to fight. He knew, if he was to retreat then, no one would be able to unfold the mystery of Pain.

The fight scenes were on other leagues compared to any other fight scenes in terms of variety. We saw Taijutsu, a Ninjutsu, Senjutsu, six paths of pain, and Genjutsu with great precision. Not a single move was for nothing. 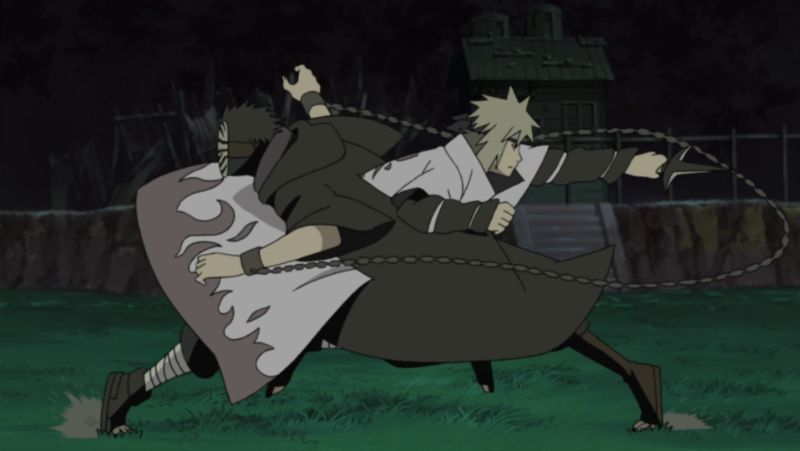 This fight was enough to show that how cool-headed and dire Minato was. Minato countered Obito’s Kamui in no time with precise timing and pinpoint precision. And of course all that with his own style.

From the moment of snatching Naruto in the midair to, rescue Kushina in the split of seconds and finally Rasengan Obito on his back, Minato never lost his cool. Obito stood no chance even with all the odds holding against Minato. He couldn’t be a threat facing him one-on-one.

At first, Minato judged the timing of Kamui, on the next move he teleported himself in the marked kunai. And then put a Rasengan as well as a marker to his back. Then, when Obito tried to move away from him after getting hit, Minato teleported in front of him as he marked him already. After that, Minato separated Obito from 9 tail fox.

Undoubtedly this is the best fight in the entire series. Though, it was more like Naruto & friends vs Pain. Because Naruto had all the info from the entire village and Jiraiya. In fact, the 9 tail helped too & his father Minato and the toad sages helped him too. Ultimately it was not Naruto’s strength that defeated Pain. It was Naruto’s Talk no Jutsu who defeated Pain.

However, that doesn’t mean we didn’t like the fight. We absolutely love that fight. That’s why this holds the number 1 Naruto fight in this list. The intensity, music, and almost everything in that fight were amazing. Except for those boring narratives of what was happening of course. Those narrations were destroying the intensity sometimes.

But, overall Naruto vs Pain was the best among the best Naruto fights.