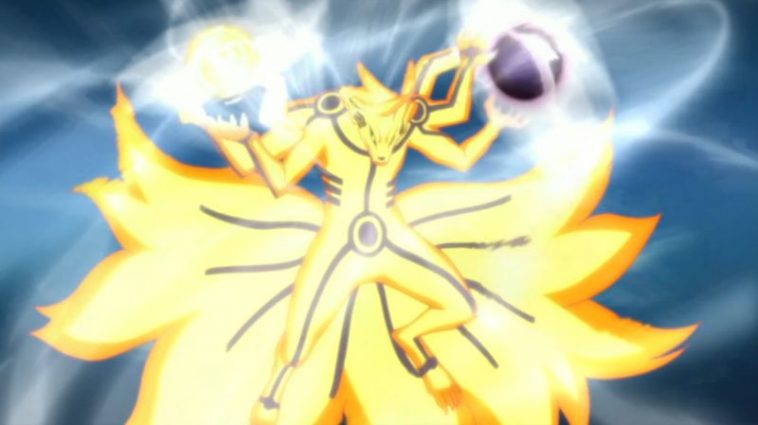 The Susanoo is a giant construct of chakra, that fights on the behalf of a user. It is accessible to those who have unlocked the Mangekyo Sharingan in both their eyes. The Susanoo is widely considered to be the ‘ultimate’ ability of the Mangekyo Sharingan. It is extremely rare, and has been awakened by only a select few characters. This makes it especially hard for any technique to be able to counter it. Madara Uchiha exclaimed that no person had lived after seeing his Complete Susano’o (except Hashirama ofc). Such was its power. Today, I’ve made a list of abilities that can match this monster in combat.
Let’s begin—

Naruto Abilities That Can Match The Susanoo 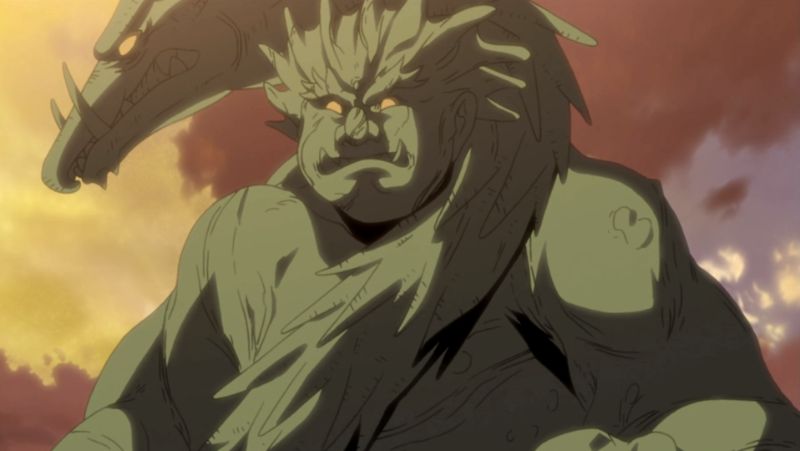 Wood Golem is a Wood Release ability that was used by Hashirama Senju. It is said to hold power near the level of the 9 Tails. It has enormous destructive powers. This Golem fought against Madara Uchiha’s Complete Body Susano’o, which was said be very destructive as well. It was even able to tank a Tailed Beast ball, which is another one of its amazing feats. 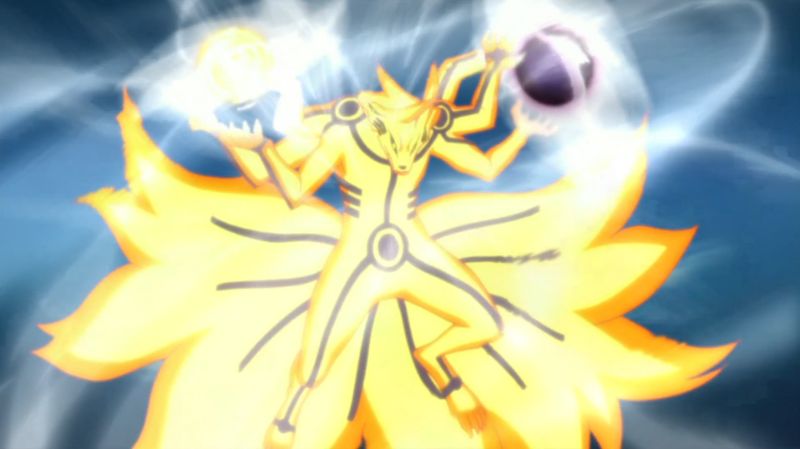 Tailed Beast Mode is the ability unique to a Perfect Jinchuuriki. Those who have complete control over their Tailed Beast can access this form. It also allows them to manifest a construct of the Tailed Beast itself. Killer Bee, Naruto, and Minato Namikaze were seen using this power. Naruto also used its powers to clash against Sasuke Uchiha’s Susano’o as well. 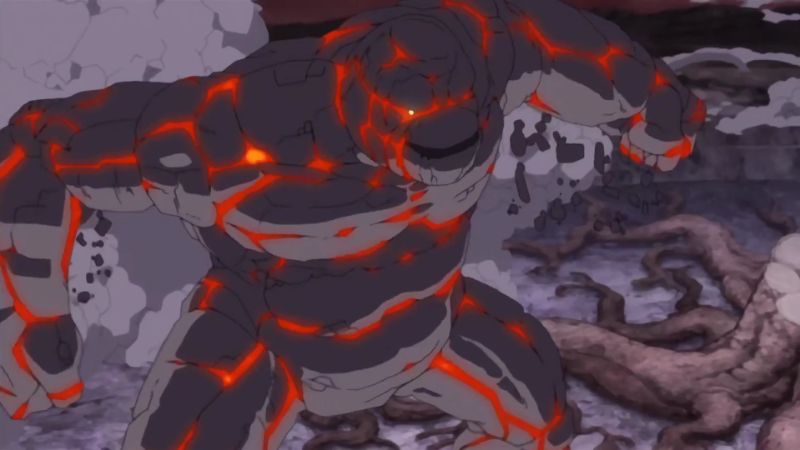 Momoshiki Otsutsuki was an extremely powerful antagonist who appeared in Boruto: Naruto the Movie. He was very powerful. Momoshiki had enough power to fight both Naruto and Sasuke at once. Momoshiki also had the ability to create a Lava Golem. This Golem also looked extremely powerful. However, it was defeated by Naruto and Sasuke’s Susanoo Kyuubi construct. Nonetheless, it’s powers must’ve been immense. I’m sure its powers surpassed that of the Susanoo. 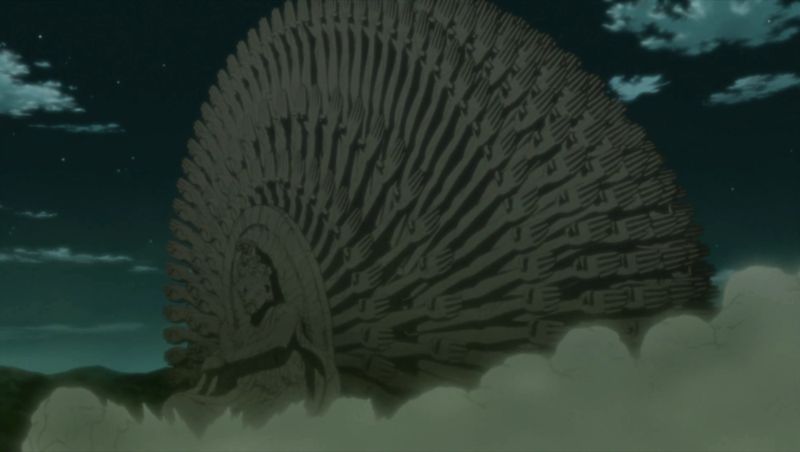 I probably don’t even need explaining on this one. Shinsuusenju is one of the most broken techniques in the Naruto series. It was able to hold off Kurama+Susanoo, and also beat it to a pulp. Hashirama Senju was the user of this technique. However, he also needed to enter Sage Mode to use it. Tobi also used a similar technique in the 4th Great Ninja War. 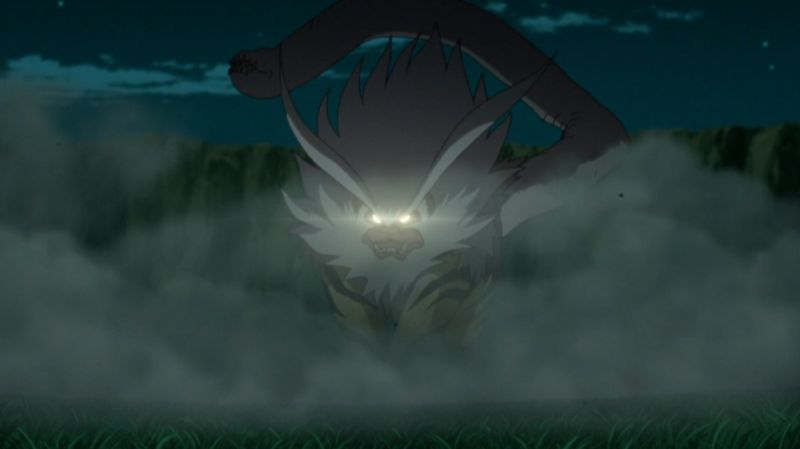 You may be new to the Nue. It is apparently the dark chakra entity that has terrorized Konohagakure in Boruto. It hasn’t officially made an appearance yet, but it will do so, soon. The Nue is also said to be large and monkey-like in form, with large fangs, a tanuki’s body, and a lion-like mane. It also has a tiger’s legs, a white snake for a tail and glowing red eyes. From what we know, it is going to go berserk in Konoha, and will also need the entire military force to subdue it. Im pretty sure it can face off against the Susanoo as well. 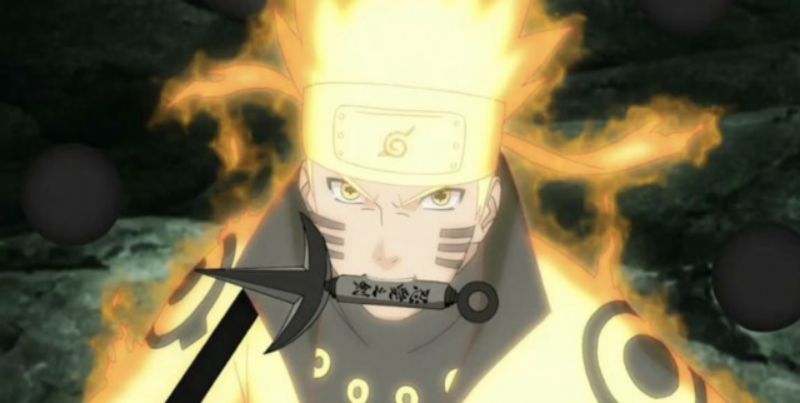 The Six Paths Kyuubi Mode was used by Naruto Uzumaki in his battle against Sasuke Uchiha. It was formed by combining three Kurama constructs into one. Its powers were enough to match Sasuke Uchiha’s Complete Body Susano’o which was powered by Nine Tailed Beasts. Asura Otsutsuki also created a similar construct during his fight with Indra Otsutsuki. 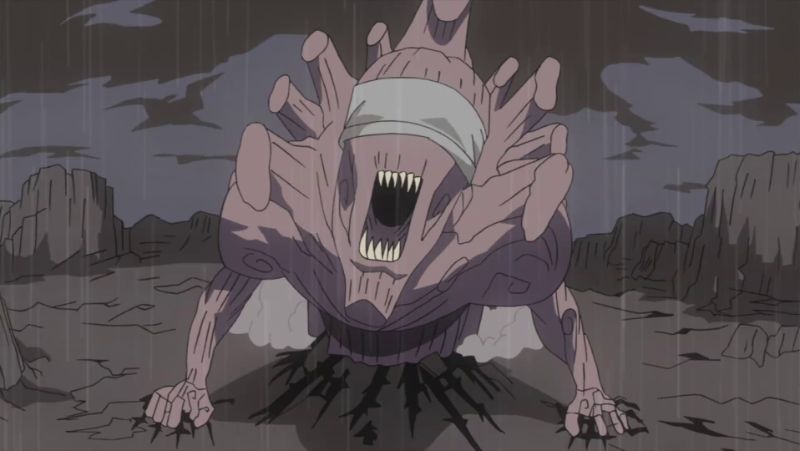 The Gedo Mazou is also known as the husk of the 10 Tails. It is one of the most powerful abilities, which can only be summoned by a Rinnegan user. When summoned by Nagato, it destroyed an entire platoon of Amegakure Shinobi. Obito Uchiha also summoned it during the 4th Great Ninja War. It was able to nearly wipe out an entire platoon. It also possesses the power to subdue all 9 Tailed Beasts at once. 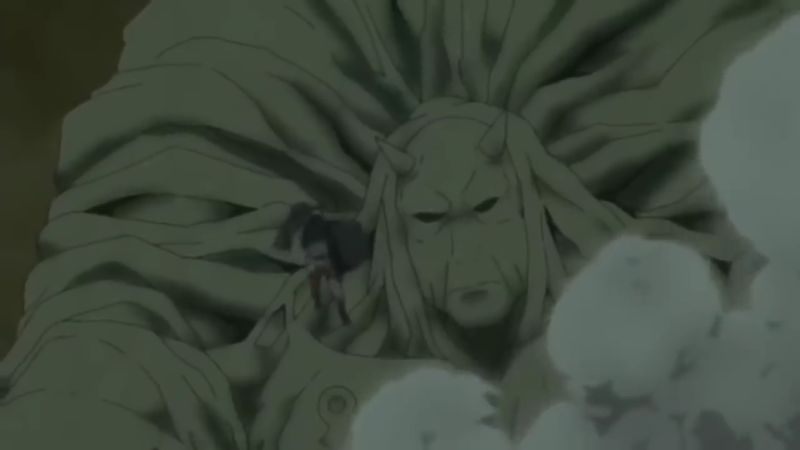 The Hamura Otsutsuki Golem was a creature present on the surface of moon. It was lifeless at first, but Toneri Otsutsuki brought it to life. This Golem was very strange in nature. Its powers were enough to fight Kurama. It was even able to overpower him or quite a while. Moreover, it also had the ability to regenerate, which made it nearly invincible.

Further, It was also capable of manipulating the gravitational force to draw meteorites from its surroundings to rain down the moon’s surface.