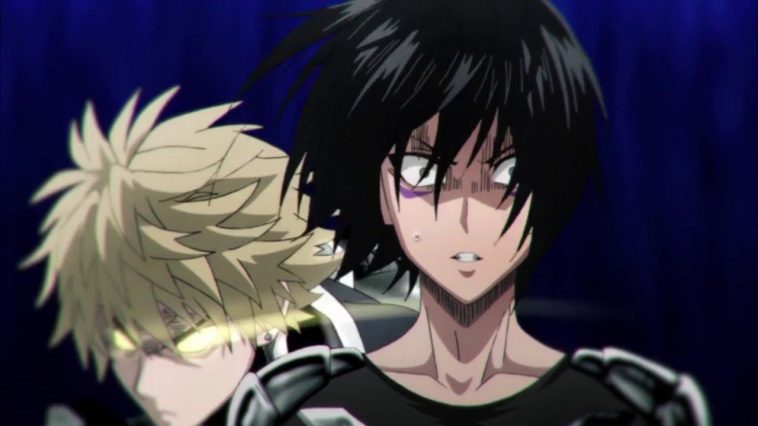 The Martial artist vs. our main character Saitama who is a hero just for fun. Saitama faces Suiryu in the final fight of the tournament.

The Demon Cyborg gets a serious upgrade later. Though he knows he is nothing compared to his sensei even with those upgrades, he desperately wanted to check how much stronger he got. So, when Speed O Sonic tried to get close to Saitama to challenge, Genos immediately challenge him. As both of them get improved from the point they previously were, the fight gets interesting.

As Yusuke Murata draws Genos with such care and detail, we really come to see that in this fight. Sonic’s immense speed vs. Genos’s astonishing upgrade.

Garou is the former Student of the Silver Fang. But, ‘somehow’ he got twisted and got banned from the Dojo.

So, there were speculations about him fighting our main protagonist Saitama. We did see the encounter more than one time.

As the Monster Association enters the fight arena to ‘for some reason’ a clash against the martial artists was bound to happen there. So the strongest martial artist at that point Suiryu vs Gouketsu the monster was a foreseeable fight. Though it was a mismatch, to begin with,

6) Saitama vs. Blizzard of Hell

Fubuki AKA Blizzard is the younger sister of Tatsumaki. She is the number 1 hero, in B class. If she wants Fubuki can easily enter class A in the Hero Association. But, she chose to remain in the B class and rule over there. So, when Saitama got a promotion and got into B class, she came to congratulate him in Manga. But, the real reason behind that was to make him team up with her.

But, somehow things got different and Blizzard started to attack Saitama. As we all know, Fubuki is no match for Saitama. So, why is this fight here again? Because it took place at the same time when Genos was fighting against Sonic

For those who are wondering if you should start reading the Manga. First of all, read the One Punch Man manga. Trust me, it’s worth it. The story in a light tone, with brilliant fight scenes and an astonishing work of drawing.

More From: One Punch Man