Interesting Facts of The Week

#1. The longest English word without a vowel is “Rhythm”.

#4. You can’t kill yourself by holding your breath.(Why)

#5. It’s against the law to have a pet dog in Iceland.

#7. Telling other people about your goals gives the illusion you’re closer to achieving them, making you less likely to complete them.

#8. In 2012 a Manchester couple jokingly invited Queen Elizabeth to their wedding, the Queen accepted and made an appearance along with Prince Philip.(Here)

#9. The USA has no official language English is only used on a de facto basis.

#10. In 2008 Monty Python decided to start their own Youtube channel. They uploaded HQ videos of their sketches which in only a few days resulted in a 16,000% increase in DVD box set sales.

#11. At a Marine Mammal Studies Institute, dolphins were trained to turn in the trash that fell into the pools in exchange for fish. One dolphin was smart enough to hide pieces of paper under a rock, tearing off smaller pieces from the paper in order to get more fish out of it.

#14. In the US Declaration of Independence, some of the words are capitalized and no one really knows why.

#16. More than 50% of the people in the world have never made or received a telephone call.

#18. You can fracture a rib if you sneeze too hard.

#19. You can rupture a blood vessel in your head or neck and die If you try to suppress a sneeze.

#20. If you keep your eyes open by force when you sneeze, you might pop an eyeball out.

#21. Rats multiply so quickly that in 18 months, two rats could have over a million descendants.

#22. Wearing headphones for just an hour will increase the bacteria in your ear by 700 times.

#23. In every episode of Seinfeld, there is a Superman somewhere.

#24. The cigarette lighter was invented before the match.

#25. In the Durango desert, in Mexico, there’s a creepy spot called the “Zone of Silence.” You can’t pick up clear TV or radio signals. And locals say fireballs sometimes appear in the sky.

#27. Bill Gates’ first business was Traff-O-Data, a company that created machines which recorded the number of cars passing a given point on a road.

#29. Sound travels 15 times faster through steel than through the air.

#30. On average, half of all false teeth have some form of radioactivity.

#31. Only one satellite has been ever been destroyed by a meteor: the European Space Agency’s Olympus in 1993.

#32. Starch is used as a binder in the production of paper. It is the use of a starch coating that controls ink penetration when printing. Cheaper papers do not use as much starch, and this is why your elbows get black when you are leaning over your morning paper.

#33. Sterling silver is not pure silver. Because pure silver is too soft to be used in most tableware it is mixed with copper in the proportion of 92.5 percent silver to 7.5 percent copper.

#35. A chip of silicon a quarter-inch square has the capacity of the original 1949 ENIAC computer, which occupied a city block.

#37. At a glance, the Celsius scale makes more sense than the Fahrenheit scale for temperature measuring. But its creator, Anders Celsius, was an oddball scientist. When he first developed his scale, he made freezing 100 degrees and boiling 0 degrees, or upside down. No one dared point this out to him, so fellow scientists waited until Celsius died to change the scale.

#39. Donald Duck comics were banned from Finland because he doesn’t wear any pants.

#41.Upper and lower case letters are named ‘upper’ and ‘lower’ because, in the time when all original print had to be set in individual letters, the ‘upper case’ letters were stored in the case on top of the case that stored the smaller, ‘lower case’ letters.

#42. Leonardo da Vinci could write with one hand and draw with the other at the same time.

#43. Because metal was scarce, the Oscars given out during World War II were made of wood.

#44. There are no clocks in Las Vegas gambling casinos.

#45. The name Wendy was made up for the book Peter Pan, there was never a recorded Wendy before!

#46. There are no words in the dictionary that rhyme with: orange, purple, and silver!

Seven Things Only Lucky People Do That Others Don’t 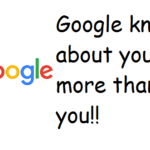