On July 20 1969, Neil Armstrong became the most famed astronaut in the world by being the first to step foot on the moon. Armstrong, Buzz Aldrin and the other astronauts aboard Apollo 11 spent the next few hours collecting samples before returning to earth.

The Hubble Telescope gave us the furthest look into deep space ever. The images on the slides allowed researchers to see galaxies that they never knew existed.

Eugen Wiedmann, a career criminal charged with conspiracy, murder, robbery, and kidnapping, was the last person to be publicly executed in France.

It was followed by the attack on Nagasaki on 9 August 1945. The estimated total death toll for the second attack is around 75,000. Hiroshima – 1 A picture of the Hiroshima blast taken from around 10 km away 30 minutes after detonation

Although this looks like a photo of a sunset from Earth. It was actually taken by the Mars Rover Spirit from the surface of Mars.

The Solvay Conference is a conference held for the biggest names in physics and other scientific disciplines. This photo features some of the biggest scientific names in history including Albert Einstein, Marie Curie, Erwin Schrodinger and Niels Bohr.

The most popular photo of the Tiananmen Square protests shows the man on the left standing in front of a long line of tanks. This photo shows gained popularity because it shows a different perspective on the same incident.

This photo is known as one of the most controversial in history. Monk Quang Doc was protesting against the South Vietnam government, who were persecuting Buddhists. He drove up to the Cambodian Embassy, sat in the middle of the road as another monk covered him in gasoline and set him on fire.

The Treaty of Versailles was a peace treaty that helped end World War I. Military personnel anxiously awaited the signing because the terms were passive aggressive at best. 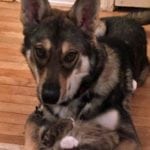 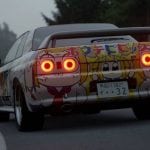