At least 50 trees have been around for more than a millennium, but there may be countless other ancient trees that haven’t been discovered yet.

Trees can live such a long time for several reasons. One secret to their longevity is their compartmentalized vascular system, which allows parts of the tree to die while other portions thrive. Many create defensive compounds to fight off deadly bacteria or parasites.

So here are some of the oldest trees 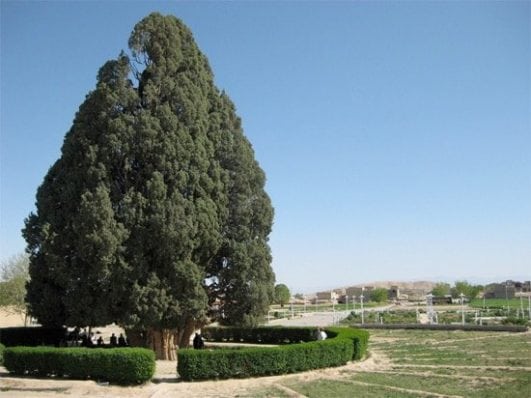 The Zoroastrian Sarv, a tree in central Iran, is an Iranian National Monument. The 4,000-year-old cypress took root right about the time ancient people in Central Asia were inventing wheels with spokes, and over the course of its long life, witnessed the advent of modern human civilization. 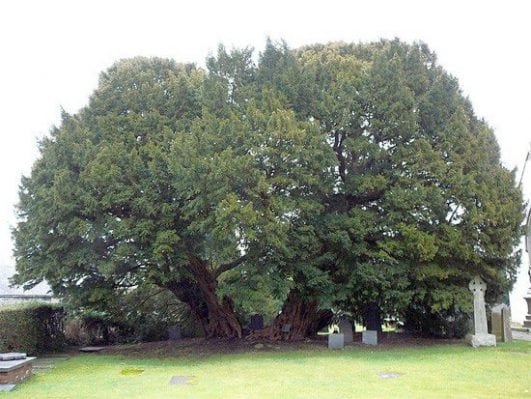 Llangernyw, a lush, 4,000-year-old yew tree, was inducted into a list of 50 Great British Trees by the UK Tree Council in 2002, which, as far as tree honors are concerned, is a pretty big deal. Llangernyw was planted in what is now a North Wales churchyard way back when the Egyptian Pyramids were still considered a new development. 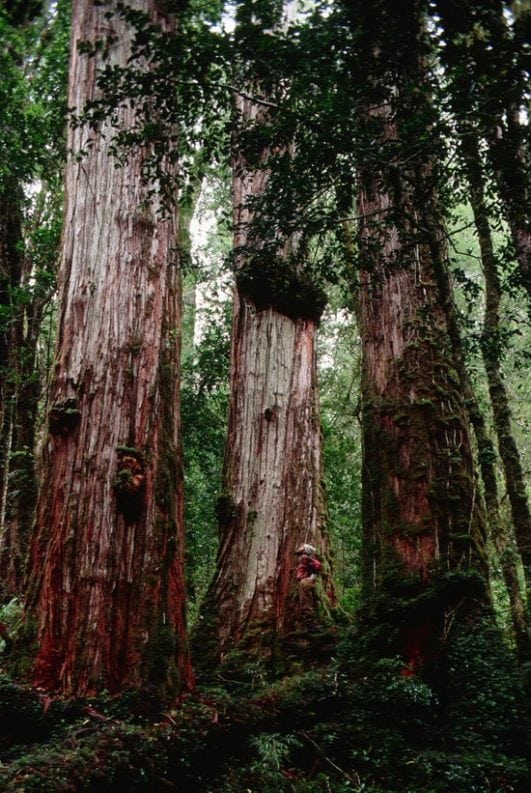 Fitzroya Cupressoides, a type of tall, skinny evergreen in the Andes Mountains, are some of the oldest trees in the world. Known commonly as the Alerce, many of these soaring evergreens have been logged in the last two hundred years, but scientists have been tracking and protecting one specific tree, which is thought to be more than 3,600 years old. 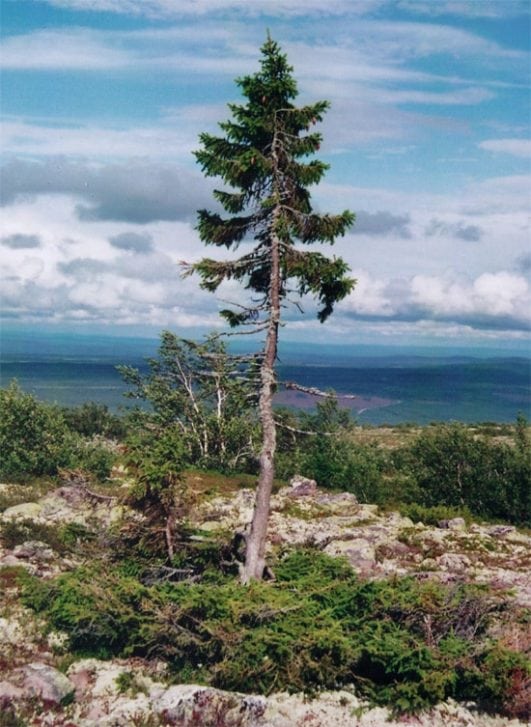 The world’s oldest known living tree sprouted sometime during the last Ice Age, roughly 9,550 years ago. This 16-foot spruce in the Dalarna province of Sweden may look more like a Charlie Brown Christmas Tree, but don’t be fooled: this little guy’s root system got started back when the British Isles were still connected to Europe by an ice bridge. According to Wired, geologist Leif Kullman, who discovered the tree, named it after his dead dog. 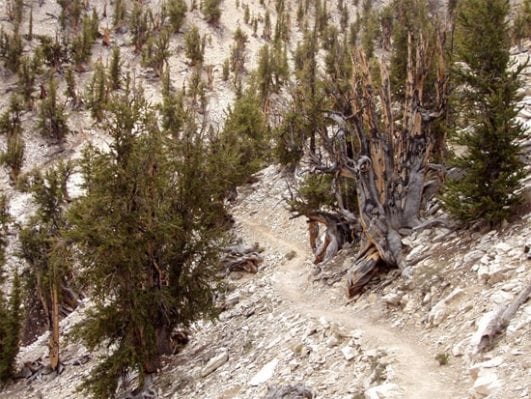 Methuselah, a bristlecone pine tree from California’s White Mountains, is thought to be almost 5,000 years old—and the oldest non-clonal tree in the world. The exact location of the gnarled, twisted Methuselah is a Forest Service secret, for its protection (that might not be it above). In 1964, a slightly older tree by the name of Prometheus was accidentally felled by a scientist who didn’t realize the tree was as old as it was.

#6. THE TREE OF ONE HUNDRED HORSES (SICILY) 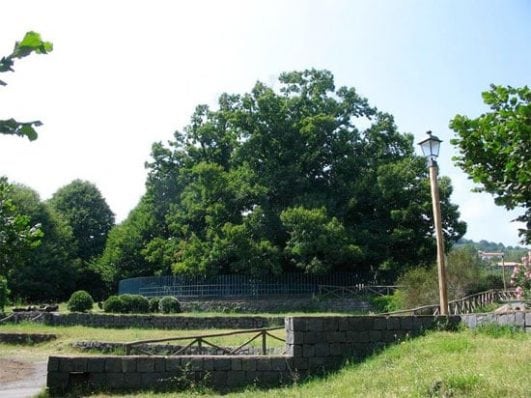 Methuselah, a bristlecone pine tree from California’s White Mountains, is thought to be almost 5,000 years old—and the oldest non-clonal tree in the world. The exact location of the gnarled, twisted Methuselah is a Forest Service secret, for its protection (that might not be it above). In 1964, a slightly older tree by the name of Prometheus was accidentally felled by a scientist who didn’t realize the tree was as old as it was. 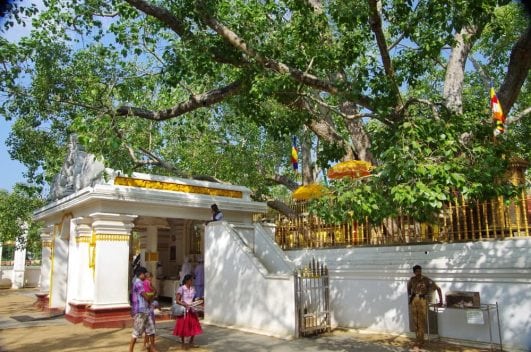 Photo by: Balou46, from Wikimedia Commons

The sacred fig tree – found in the Mahamewna Gardens of Anuradhapura in Sri Lanka. This tree is said to be a sapling from the very tree, the Sri Maha Bodhi tree of Bodh Gaya, under which Lord Buddha attained enlightenment. The sapling was taken to Sri Lanka and planted in 249 BC. It is the oldest living, human-planed tree in the world that has a documented planting date.  Buddhists around the world recognize this tree as one of the most sacred and revered relics, and many people make a pilgrimage to this site each year

This majestic sequoia tree resides in the Giant Forest in Sequoia National Park in California, USA. The President is not the tallest tree in the world, yet, it is the third largest tree in the world when ranked by the volume of its trunk. In tree symbolism, the sequoia signifies longevity of life, as well as aiming for the highest in life and living your dreams. 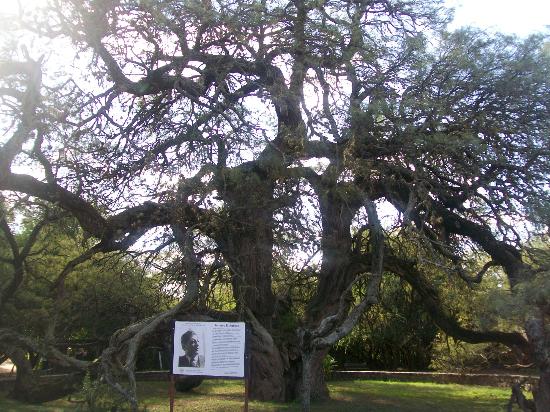 Found in Alerce Costero National Park, located in Los Rios, Chile, this “Great Grandfather” tree Patagonian Cyprus. Remains found at the site of Monte Verde hint that these trees were used over 13,000 years ago for making tools and weapons. During the time of the Spanish Conquest of South America, these trees became an important source of timber and currency in the region. Today, they are protected by the government, and logging them is illegal. 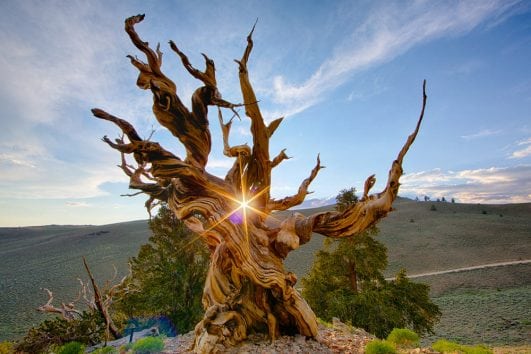 A great basin bristlecone pine, for the longest time, thought to the oldest – lone standing (non-clonal) tree in the world, this tree can be found in Inyo County California, USA. In 2012, another tree in the same area was discovered and revealed to be a few hundred years older.